Opinion Vital Signs: APRA making it easier to borrow could be another bad call 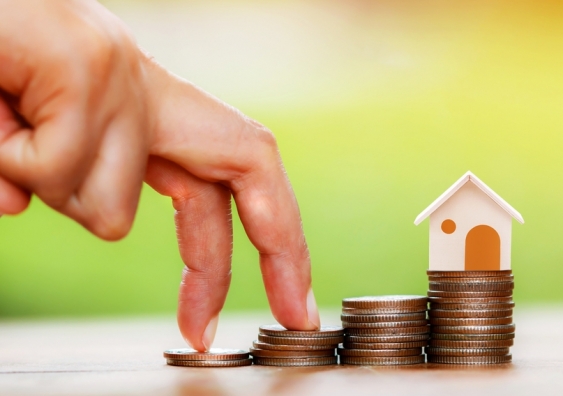 Proposals to allow some borrowers to climb into more debt should be ringing alarm bells.

Who’d make a decision that would give a household with an income of $150,000 an extra $100,000 to $120,000 of borrowing power? APRA, that’s who. APRA is the Australian Prudential Regulation Authority. It was hived off from the Reserve Bank and insurance and superannuation regulators in the late 1990s to set rules for institutions whose size meant they could threaten the stability of the financial system.

Often it does the right things too late, and often not enough of them, or too much.

Although it is increasingly seeming like a like a distant memory, there was a time not long ago where Sydney and Melbourne home prices were soaring.

APRA got worried, about people borrowing too much and defaulting, and also about banks getting stuck with bad loans.

So, after prodding by the Reserve Bank, it imposed a bunch of what are known as “macroprudential regulations” – those are regulations that have an effect on the economy, achieving the same sort of thing the Reserve Bank does by moving interest rates, but by different means.

It told the banks “good practice would be to maintain a buffer and floor rate comfortably above these levels”, meaning that in practice they were required to refuse to lend to anyone who couldn’t handle an interest rate of 7.25%.

Ten days ago it wrote to lenders saying it was considering removing the rule and replacing it one that merely required a buffer of 2.5 percentage points, meaning that when mortgage rates fall below 4%, banks will only be required to assess a borrower’s ability to handle 6.5%.

Now, it wants to make it easier…

It’ll mean households with incomes of $150,000 could have their ability to repay assessed against a 0.75% lower rate, enough to give them the capacity to borrow an extra $70,000 or so.

It’s not the only extra borrowing power about to be bestowed on households.

It is all but certain that Reserve Bank will cut interest rates by at least 0.25 points this week, and perhaps more at coming meetings. Assuming the major banks pass this through – and in the wake of the banking royal commission they would be crazy brave not to – that will give prospective buyers even more borrowing power.

Measured against median home price even in Australia’s most expensive city, Sydney, of $1 million, it’s significant.

…which could reignite home prices

Home prices have fallen from their peaks of around 18 months ago, at least in Sydney and Melbourne by double digits. One explanation has been a credit crunch by the banks brought on by the royal commission.

The actions of APRA and the Reserve Bank could offset that crunch, perhaps more than fully.

Given that pre-crunch it looked like we were in the midst of a housing bubble it is quite possible that APRA and the Bank combined will reignite the bubble.

Suppose this is right. What should we conclude about APRA and the Reserve Bank?

First the Bank. If/when it does cut rates it will not, repeat not, be because it wants home prices and household debt to gallop away again. It’ll be because it is worried about continuing to miss its inflation target and sluggish wage growth.

Pumping up household borrowing will be collateral damage.

Read more: Cutting interest rates is just the start. It's about to become much, much easier to borrow

But I’m not willing to give APRA a pass.

It instituted its macroprudential rule in late 2014 – well into the unprecedented run-up in home prices. It was asleep at the switch about the magnitude and danger of interest-only loans, acting on it way too late.

Now, just as the housing market is correcting, it wants to pull out the economic version of a cattle prod.

As the cool kids say: “What’s up with that?”

Macroprudential regulation is a profoundly important tool for ensuring against large financial risks. It is particularly important in property-obsessed Australia.

But it is important to get it right. Risks have to be seen early and action needs to be decisive. Being late can be the same as being wrong. Wild swings, with rules coming on and coming off seemingly out of nowhere, are dangerous.

And they can themselves lead to significant financial instability – precisely the opposite of the goal.

Or to put it another way: what APRA does is great, except when it’s not.