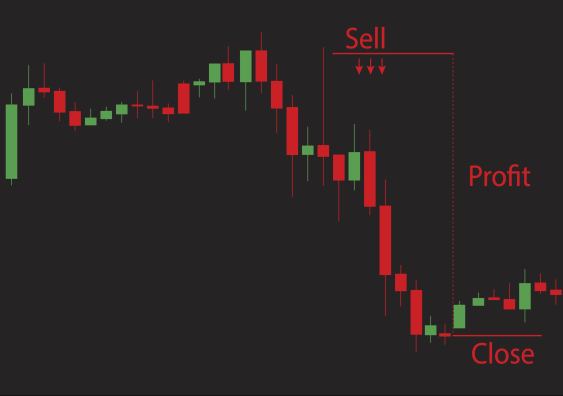 The document outlines a number of “better practices” it wants short sellers to adhere to, and some “actions that we may take” if they don’t.

Translation: “Hey hedge-fund folks, do this stuff or we’ll make life difficult for you.”

The problem is not that the corporate regulator can’t do so. It is that these “better practices” are likely to lead to less efficient markets.

In short (pun absolutely intended), this is bad idea.

What is activist short selling?

Short selling involves selling a security (like a share of stock in an exchange-listed company) you don’t own. The way this is typically done is to borrow that security from someone who does own it, with a promise to return it at a later date.

The idea is that when the security goes down in price, you can buy a replacement security for the person you borrowed from at a cheaper price than what you sold theirs, thus pocketing the difference.

Basically it’s a bet that the price of something is going to go down. For an alternative explanation see this scene from The Big Short, the 2015 film about the housing bubble and subprime mortgage crisis that led to the Global Financial Crisis of 2007-2008.

Short selling explained by Margot Robbie in ‘The Big Short’.

Activist short selling involves taking a short position and then publicising it. This could be through media interviews, social media posts or otherwise providing detailed accounts of concerns with the target entity.

Perhaps the best example of this was investor George Soros’ 1992 bet against the British Pound (and other currencies) he rightly thought were overvalued against Germany’s Deutsche Mark and were being propped up by central banks like the Bank of England.

So short selling can help discourage such practices. That’s a good thing. Yet ASIC wants to discourage shorting. What gives?

Why was there a housing bubble in the US in the early 2000s?

There were many causes, including absurdly lax lending standards and outright fraud by those issuing loans and the creation of complex financial products such as synthetic collateralised debt obligations (synthetic CDOs).

For an explanation of these see this, also from the Big Short, by Nobel prize-winning University of Chicago economist Richard Thaler and the almost-as-famous actor and recording artist Selena Gomez.

Thaler and Gomez on synthetic CDOs.

But there was also little that those who believed the housing market was dangerously overvalued could do to “bet against” it.

Eventually, as Michael Lewis’ book The Big Short: Inside the Doomsday Machine (on which the movie is based) recounts, a handful of unusual characters managed to get Wall Street to create a specialised instrument called a “credit default swap” to let them do so.

Had there been an easy way to short the housing market earlier, the bubble might never have gotten out of control. The horrific crash of 2008 that caused the greatest financial crisis since the Great Depression might have been avoided.

A check on ‘animal spirits’

Why would short selling have helped?

Short selling punishes speculation by putting a check on out-of-control markets. It motivates investors to keep an eye on fundamentals, not just get carried away with what John Maynard Keynes labelled “animal spirits” – the impulses that help drive speculative bubbles and busts.

Read more: From tulips and scrips to bitcoin and meme stocks – how the act of speculating became a financial mania

There’s only so much that can be done with the housing market, which is inherently difficult to bet against.

But Australia’s corporate regulator wants to restrict short selling in the stock market, in which it’s relatively easy to take a short position.

ASIC is obviously aware of the argument that short selling improves market efficiency, but has chosen to discount it. It has opted for rules that push Australia closer to European countries rather than the US – the largest, most liquid, and most important capital market in the world.

Australian short sellers are being told to stop

The corporate watchdog has outlined a number of “actions” it might take if short sellers don’t play ball:

Many of these may sound mild but are in fact quite extraordinary. They constitute a (very) thinly veiled message that overseas hedge fund managers should knock it off with activist shorting in Australia.

This combines, to a remarkable degree, ugly nativism and regulatory capture – the phenomenon by which a regulator, even without malicious intent, comes to represent the interests of those it regulates, rather than the public good. (The theory of regulatory capture was pioneered by another Chicago economist and Nobel winner, George Stigler.)

Bubbles are bad for regular investors

Who will breathe easier as a result of ASIC’s new guidelines? Companies with opaque accounting practices, inadequate corporate disclosures and even those that may be acting unlawfully.

The losers are equally easy to identify. Some rich hedge fund folks in Greenwich, Connecticut, sure. But also the Australian public, whose superannuation funds are invested in Australian markets.

We all have a big interest in ensuring the informational efficiency and market transparency. Bubbles are bad for regular investors. Regulations and securities laws play a crucial role in achieving those goals. So do activist short sellers.

ASIC should reconsider its stance. It will only serve to damage the credibility of Australian securities markets, the Australian public, and their own reputation as a wise regulator.