China's dumping stoush with Australia isn't just about barley. But it is about trade and unfinished business in global trade rules. 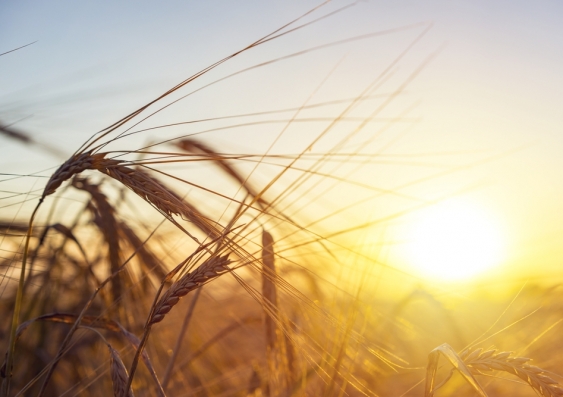 Australian farmers sold around $600 million worth of barley to China in the last financial year. Image from Shutterstock

Trade tensions between Australia and China have escalated to the point where China has placed an 80.5% tariff on Australian barley imports, beginning this week.

China has been a huge market for Australian barley. It accounted for more than 70% of Australia’s exports between 2015 and 2018 and in 2016–17 it bought almost 6 million tonnes. 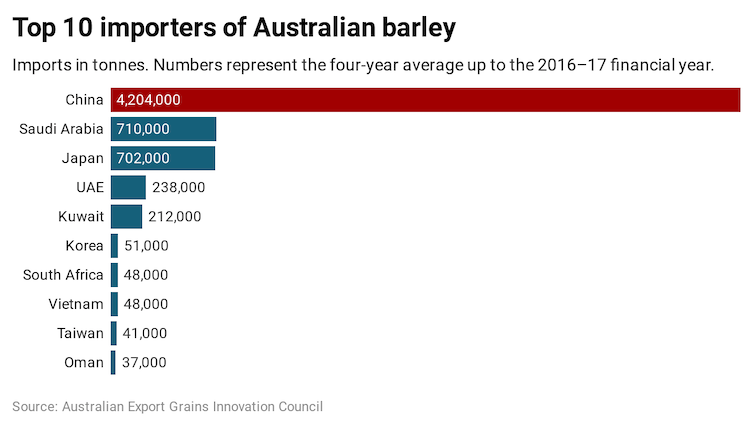 While China’s imports fell to 2.5 million tonnes last financial year, this was still more than half of Australia’s total barley exports, worth about A$600 million to Australian farmers.

The tariff on Australian barley won’t hurt China much. It can simply buy from other countries such as France, Russia, Argentina and Canada.

In terms of Australia’s total volume of exports (more than A$450 billion annually) the likely losses are not huge. But it is meaningful and painful to Australia’s barley industry.

It is important this matter be resolved.

But the broader issue is how to avoid ongoing conflict with our biggest trading partner. Doing that means understanding what the barley dispute is really about. Because it’s unlikely to really be about barley.

What is China upset about?

It would be reasonable to deduce China’s recent actions stem from Australia’s advocacy for an investigation into the source of the COVID-19 pandemic – something first raised by foreign minister Marise Payne and championed by Prime Minister Scott Morrison, along with the United States and other countries.

But there is a longer history of simmering tensions between the two nations.

There is, for example, Australia’s exclusion of Chinese company Huawei from building our 5G telecommunications network. This is a matter China’s ambassador to Australia, Cheng Jingye, called a “sore point and thorny issue” as recently as February.

Another view is that it is about trade issues – that China is accusing Australia of dumping in retaliation for Australia’s use of global anti-dumping provisions against China.

As pointed out by my colleague Weihuan Zhou:

Dumping is essentially price discrimination, in which a producer sells a product to an export market at a lower price than it sells it at home. As such, it is often condemned as ‘unfair trade practice’ which accords exporters a competitive advantage over producers of similar goods in the market of importation.

Australia has been a keen user of the World Trade Organisation’s rules against dumping. Many Chinese industries have been targeted under anti-dumping cases brought by Australia (and other countries), including steel, aluminium products, solar panels, and even copy paper.

So perhaps this is a case of “what goes around comes around”.

In any event, it is shaping up to be a thorny issue for Australia.

Australia’s trade minister, Simon Birmingham, has rightly disagreed with China’s characterisation of Australia as dumping barley, saying: “We reject the basis of this decision and will be assessing the details of the findings while we consider the next steps”.

Australia will take this case to the WTO and argue it has not subsidised barley being exported. But these cases are tricky to prove, can take substantial time (likely more than a year and possibly much longer). In the meantime, China can impose duties, with dire consequences for imports of Australian barley.

Precisely because it is difficult to determine the underlying economics of whether dumping is taking place, there is almost always an argument to be made that a country is dumping some product some of the time.

That leaves countries like China with a trigger to pull more or less any time they want.

This is a similar trick to that used by authoritarian regimes to control their populations. If citizens have essentially always broken some obscure law on the books, they are free from prosecution only by the good grace of the regime in power.

One reading of events is that China is using a version of this tactic in international trade against Australia.

The importance of the WTO

All of this points to the importance of dispute resolution through international bodies.

Sure, anti-dumping cases may be tricky, but resolving such cases quicker would help prevent the threat of such cases being used as bargaining chips.

So, too, would a more precise set of economically based rules about what constitutes dumping in practice, and how to measure it robustly and transparently.

These are matters not only to be determined in free-trade deals between countries but also for international bodies like the WTO.

It is sometimes suggested there is little to do in this sphere, because trade barriers are now so low.

But making the rules more precise and the dispute resolution procedures more timely is certainly one area for improvement.