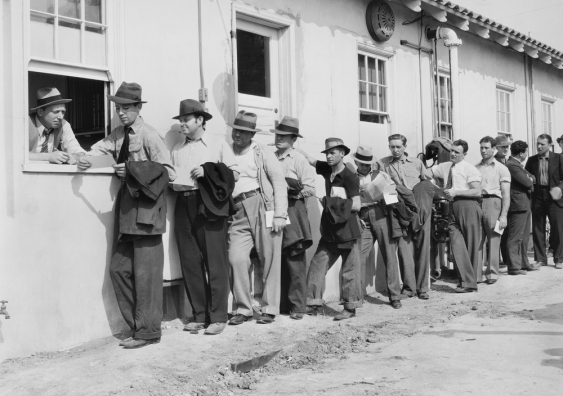 Australia’s unemployment rate is at what would historically have been regarded as full employment. But that doesn’t mean it can’t fall further. Image from Shutterstock

According to ABS figures released last week, the unemployment rate in Australia has fallen to 5%. This isn’t as low as the 3.7% level in the United States, but by historical standards it is low for us.

We need to go back a decade, to just before the financial crisis of 2008, to see levels much lower than this, when the unemployment rate briefly touched 4%.

This raises the important question of what level of unemployment constitutes “full employment”?

Economists often used to say it was 5%. That’s because even if the jobs market was so tight that employers couldn’t get workers, there would always be some unemployment. Some completely unsuitable people wouldn’t get jobs and some people would be counted as unemployed even when they were moving from one job to another.

Attempts to stimulate the economy or cut interest rates to get the unemployment rate below 5% was therefore seen as pointless, because it would merely stoke inflation. Which is why the 5% rate has been referred to by the ungainly acronym of NAIRU - the non-accelerating inflation rate of unemployment.

How low can our unemployment rate fall before it genuinely reaches NAIRU and can fall no further, and what are the barriers to getting there?

The short answer is we have no idea, but we should find out by setting policy levers to push unemployment as low as we can.

Do we measure unemployment correctly?

First to the question of whether we measure the unemployment rate correctly. The Australian Bureau of Statistics defines unemployment this way:

Critics often point out that this does not capture "underemployment” – where people do work but not as much as they want to – very well at all.

They are almost surely correct, but there’s nothing new in that, meaning we can be confident comparing the unemployment statistics now to those five years or a decade ago.

The 2010 Nobel Prize for Economic Sciences was won by Peter Diamond, Dale Mortensen and Christopher Passarides for their analysis of how “search frictions” can affect markets. Chief among these frictions is looking for a job. Employers need to advertise. Employees need to find these ads. A good match must be made. These things take time.

Indeed, Peter Diamond’s seminal contribution was to show that even small frictions can have a very large effect on things like the level of unemployment. LinkedIn and online job ads are great, but they make neither search frictions nor unemployment go away.

How low can unemployment go?

The idea of NAIRU is still routinely spouted in generic commentary about why a drop in unemployment means we should immediately brace for an interest-rate rise.

But there are a couple of problems with it – which is why modern economics has largely eschewed it.

First, NAIRU may not even exist. It is premised on the notion of a “Phillips Curve” – a stable negative relationship between the the rate of unemployment and wage rise that hasn’t been found in the data for at least 25 years.

Even an architect of the theory, Nobel-prize winning Ned Phelps, has argued that structural change might change it over time..

All this means that for the Reserve Bank to raise interest rates because unemployment has fallen to 5% would be a missed opportunity at best, and dangerously silly at worst.

With inflation still subdued, room to move downward on interest rates, and wages growth stagnant, we should test what full employment really means in Australia in 2018.

Having fully 5% of Australians looking for work who can’t find it – plus potentially many more underemployed – is a huge waste of economic, and much more importantly, human resources.