Yo-yoing lockdowns are costly and to be avoided if at all possible. Here is what we can do to dramatically improve testing and tracing. 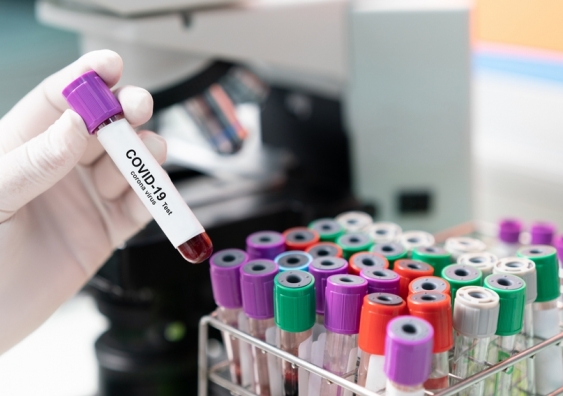 Back in March and April I (and many other economists) argued for lockdowns to get COVID-19 infections under control and to give health systems time to put in place testing and tracing regimes to contain the virus in the longer term.

This was done pretty effectively everywhere in Australia except for Victoria. But if things go to plan, all states will be back on the same page by the end of October.

Concerns about Victoria’s contact-tracing regime remain, and although there is a lot of testing, how it is being done might not be as effective as possible.

More still needs to be done to avoid the “yo-yoing” Victorian Premier Dan Andrews has warned about – in which relaxation of distancing rules leads to yet another outbreak big enough to require reimposing restrictions.

There is room for not just incremental improvement but dramatic improvement of testing and tracing.

Keeping the reproduction rate below 1

The key to avoiding the need for lockdown (unless and until a vaccine is widely deployed) is to keep what epidemiologist call the “effective” reproduction rate (R) below 1.

That is, on average each person infected with the virus must give it to less than one other person (R<1).

To keep the reproduction rate below 1 requires testing and contact tracing to be incredibly fast and effective.

Victoria’s contact-tracing system is generally regarded as having performed poorly compared with systems such as in New South Wales.

The clunky system includes notifications of new infections still being sent by fax.

Only now is the state moving to adopt a more automated approach, using a data management system developed by IT giant Salesforce. The Victorian government rejected the system earlier in the year, on the grounds the state was too swamped by the first wave to implement and bed down a new system.

My UNSW colleague, epidemiologist Raina MacIntyre, has observed that Victoria’s health system was less prepared than NSW because of 20 years of governments “stripping the health system bare”, and that:

No health workforce in the world, no matter how organised, well-resourced and efficient, can do manual contact tracing successfully when an epidemic becomes too large.

We could go down the more aggressive digital contact-tracing path akin to South Korea. But as the Financial Times has noted, the Korean systems:

include an extensive trawl of data from other sources, such as security cameras and credit card transactions, as well as smartphone apps that use wireless signals to detect who might have encountered an infected individual.

Given the relatively low voluntary uptake of the Australian government’s COVIDSafe smartphone tracing app, getting enough people to use it to make it effective will also require strong incentives – or compulsion.

Now, I’m strongly for such incentives (as well as smarter testing). But given the amount of bedwetting about the existing COVIDSafe app from the libertarian right and some elements of the soft left (who are paranoid about every smart light bulb spying on us), this is unlikely to happen.

The other crucial tool to keep R below 1 is efficient and large-scale testing.

Australia did well early in the pandemic ramping up testing capacity. Test results have been typically returned within a few days, though there have also been reports of results taking more than five days.

What we have not done is embrace the benefits of targeted batch testing.

Batch testing is a way to cost-effectively test large numbers of people by pooling together samples – say by postcode.

If the pooled sample comes back negative, then everyone who contributed to the batch is cleared. If it is positive, more targeted testing is done, using smaller batches (by suburb, then residential block, then by household).

As I’ve noted before, the optimal batch size depends on the base rate of the virus in the community. But this general idea has been around since World War II and is well understood. It is a way to stretch resources to test more of the population more often.

For Australia at this point of the pandemic, this kind of testing would enable rapid detection and isolation of any new infections, allowing social and economic activity to get back to a new normal.

Once the Victorian outbreak is under control, we need to reopen Australia’s internal borders. Then we can start thinking about easing external border restrictions with places such as New Zealand.

All of this will require keeping the reproduction rate below 1, which means catching any new infections fast. Really fast.

Yo-yoing lockdowns are costly and to be avoided if at all possible.

Automated contact tracing could help a lot, as could smart and aggressive batch testing. We should be doing both until a vaccine is deployed.

Some commentators talk about “living with this virus” which is basically code for letting it rip. Instead, what we need to do is engage in “relentless suppression” to keep the reproduction rate low and our economy open.