Opinion Vital Signs: booming jobs numbers, but dig deeper and it's not all rosy

A big increase in employment but the unemployment is flat. Addressing this will be a challenge as all our options have downsides. 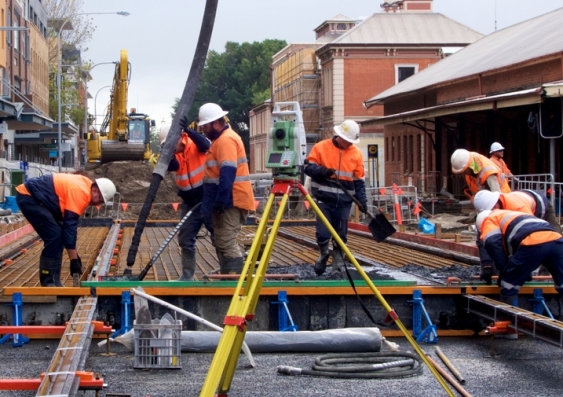 The latest labour market data from the Australian Bureau of Statistics provide an instructive lens into the problems facing the federal government, the RBA, and the economy itself.

The number of people employed rose 50,900 from May to June in seasonally adjusted terms, which was well ahead of forecasts of around 16,500. And that wasn’t just a lot of new part-time jobs. Full-time employment rose by 41,200.

On a year-on-year basis that represents an increase in employment of 2.8%.

No doubt Treasurer Scott Morrison will tout these figures as evidence of the government’s focus on “jobs and growth”. Don’t get me wrong: it’s good that employment is going up.

But dig a little deeper and the story is not so rosy.

That, of course, is explained by the so-called participation rate – the proportion of people participating or trying to participate in the paid labour market.

The Australian labour force participation rate is actually pretty high. A useful comparison is the United States – probably the world’s most robust labour market – where the current rate is 62.9%.

The key point is that if more people are going to come into the labour market when it looks better – as they have been consistently – then a continued reduction in the unemployment rate is going to require creating a whole lot more jobs.

So when the prime minister and treasurer point out what a large number of jobs are being created – 400,000 in 2017 – they are both right and wrong. Yes, 400,000 is a demonstrably large number. But it’s just not enough to get unemployment down.

What the data released Thursday did not reveal was anything about what people are paid. Perhaps the most concerning thing about the Australian labour market is that wages are not growing at anywhere near historic-average levels and this has been going on for several years.

Private-sector wages grew over the last year by 1.9% – the same rate as consumer prices (inflation).

In other words, real wage growth is zero.

Unemployment that seems stuck at around 5.4% and real wages growth that is zero. What to do?

The traditional approach would be for the RBA to cut interest rates – and some commentators still advocate this. There are at least three problems with this approach, however.

That bring us to problem two, which is that a further cut in interest rates is likely to fuel property prices and, perhaps more importantly, household debt. The RBA has repeatedly shown concern about this, and with good reason.

Third, and this is more subtle, if the RBA does cut rates much further then they will have nowhere to go in the case of a major economic downturn. That would force them to respond to a major downturn with unconventional measures such as quantitative easing.

Another approach would be for the government to run large deficits – also known as fiscal policy. But here, too, there are significant problems.

We have been running pretty large deficits for some time, which has put our credit rating in jeopardy. True, Australia’s net debt-to-GDP ratio of around 18.9% is low by international standards, but there seems little appetite on either side of politics to run that up further.

The final approach is to reform labour market institutions and make them more flexible – sometimes called “microeconomic reform”. It is plausible that this would have a decent chance of lowering unemployment.

But it would also push Australia closer to a United States-style labour model.

None of these options are without real downsides. And none of them seem likely to appeal to the voting public. That’s why the unemployment rate in Australia is a particularly challenging problem.