Uncertainty about energy prices and political dithering on company tax rates point to businesses waiting before investing heavily, while the shift to part-time employment continues in Australia, writes Richard Holden. 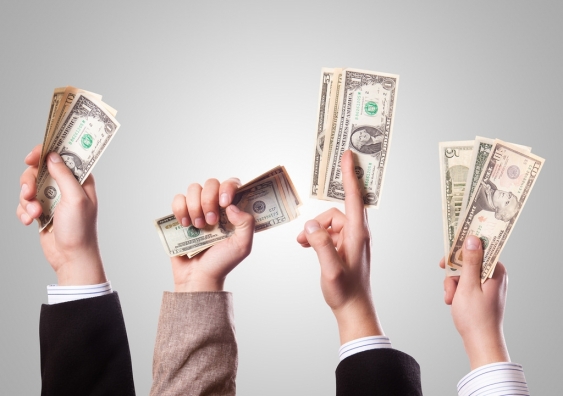 OPINION: Last week I outlined a provocative idea about why business confidence could be relatively high while investment levels remained low. If the National Australia Bank Monthly Business Survey for January – released this week – is to be believed then that idea will be tested in coming months.

“recent strength in the NAB Business Survey is consistent with an anticipated rebound in economic activity, following the very weak Q3 2016 National Accounts. With that said, a confluence of seasonal factors suggests it is unwise to get too carried away with the result just yet, especially as some key industries remain fairly weak. As for business confidence, we suspect the enthusiasm in financial markets has helped a lot. If sustained, confidence at these levels could see firms revise up their capital expenditure and hiring plans.”

Will it? Let’s hope so. But quite apart from what I discussed last week about weighted average costs of capital, the uncertainty about energy prices and the bizarre dithering on company tax rates (both sides of politics agreed on a lower rate until a few months ago) point to businesses waiting before investing heavily.

On the consumer side, there was evidence of a modest increase in confidence. The Westpac-Melbourne Institute survey showed a 2.3% rise in consumer confidence in February. That put the index at 99.6 (recall that 100 is break-even between optimists and pessimists). So the glass is almost half full.

The ABS released employment data on Thursday showing a basically flat labour market. Nothing too bad, nothing too good. Trend employment (which smooths out monthly gyrations – or, given that this is the ABS, radical mismeasurement) increased by 11,700 persons to 11,984,300 persons. This was split roughly evenly between full- and part-time employment.

The trend unemployment rate was unchanged at 5.7% and the trend participation rate stayed at 64.6%.

It is worth noting, however, that employment growth was 0.8% year on year – compared to the long-run average of 1.8% over the past two decades. Given population growth, this isn’t great.

General Manager of ABS’ Macroeconomic Statistics Division, Bruce Hockman, also noted that “there are now around 129,800 more people working part-time than there were a year ago, and around 40,100 fewer people working full-time”.

This shift to part-time employment has been going on for a long time now, reflecting a desire on the part of employers for more flexible work arrangements. This, of course, contributes to insecurity for households, but also speaks to the structure of labour market arrangements in Australia.

Inflation in China was stronger on both the consumer and producer side. The CPI was up 2.5% in January, up from a 2.1% rise in December, and slightly ahead of analyst expectations of 2.4% (according to a Reuters poll). The Producer Price Index (PPI) was up 6.9% – the fastest for over five years – and accelerating from December’s 5.5% rise.

In the crazy, topsy-turvy economic times in which we live this is good news – pointing to increased global economic activity.

Federal Reserve Chair Janet Yellen completed two days of testimony to the Senate and then the House. Like all good testimony, she said very little that was new, and nothing vaguely controversial.

Most analysts expect the Fed to raise rates multiple times this year, and the reaction to Yellen’s testimony provided further confirmation of that. Prior to her testimony, markets (based on the futures market for Fed funds) had factored in a 30% chance of a cumulative 75 basis point rise this year. That rose to 34% after the Congressional testimony.

A 25 basis point hike in June looks, right now, like a sure thing.

The coming months will be deeply revealing both in Australia and the US. While there seems to be quite a lot of clarity around the path of US interest rates, what the RBA will do remains much less clear, with some analysts predicting two, swift, 25 basis point rate rises, and some others still suggesting there could be further cuts.

The Australian dollar, house prices, and inflation will be the key figures to watch in that regard.