Opinion Vital Signs: Construction yet to slow down with a cooling housing market 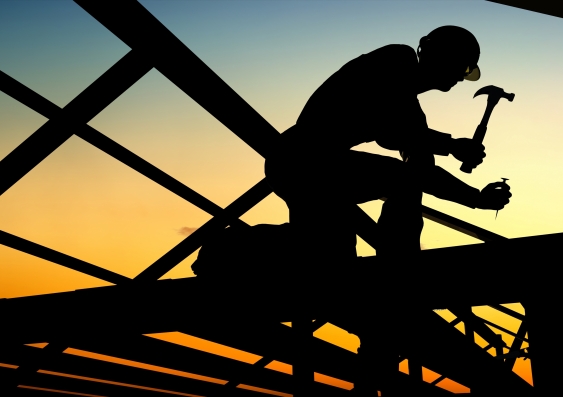 This week: An update on the so-called “Trump trade war” and what may be to come for construction.

The Australian Bureau of Statistics housing finance figures released on Tuesday reveal a modest increase in the total value of dwelling commitments, up an overall 0.7% for the month of January on a seasonally adjusted basis. The investor segment (up 1.1%) was stronger than owner-occupied housing (up 0.5%).

Yet the overall rise in value masked the fact that the number of dwellings purchased fell. Purchases of established dwellings was down 4.7% on the month, and new dwellings down 1.5%.

On the other hand, construction of new dwellings was up 3.1%. Now we can’t tell too much by a single month’s data, but if those kind of numbers were part of a broader pattern then there would be reason to be concerned.

Banks have tightened their underwriting standards and the Australian Prudential Regulation Authority has cracked down on interest-only loans. So housing credit is harder to come by – although it’s still ridiculously easy to obtain.

However, the construction sector works on a bit of a time lag. So there are a bunch of projects underway that were premised on the loose credit of recent years.

When they are finished there will be a lot of properties for sale and a relative paucity of buyers. That would have a price impact, spook potential buyers and their bankers further, and could lead to a sharp pullback in the construction sector – a sector which constitutes 8% of GDP and 9% of employment.

Now this scenario is not for certain. But it’s definitely something to keep an eye on in coming months.

The closely watched NAB Business Conditions Survey hit all time highs in February. The business conditions index was up three points to 21 index points, the highest level since the monthly survey began in March 1997. Yet business confidence was down two points to nine.

NAB chief economist Alan Oster pinpointed the reason for the divergence in the two measures, saying:

The fall in confidence may reflect the turbulence seen in international financial markets in early February, but confidence remains above average, suggesting that the impact was relatively limited.

The survey also showed that forward orders were strong, rising from three index points to 11, which seems to bode well for future economic growth. It also confirmed the recent trend of strong employment growth, with 400,000 jobs added in 2017.

In what might become a disturbing regular feature in Vital Signs, it would be remiss of me not to provide a brief update on the so-called trade war launched by US President Donald Trump with steel and aluminium tariffs (of 25% and 10%, respectively).

Having taken aim at China when launching this offensive offensive, this week he turned to the European Union, tweeting (of course):

The European Union, wonderful countries who treat the U.S. very badly on trade, are complaining about the tariffs on Steel & Aluminum. If they drop their horrific barriers & tariffs on U.S. products going in, we will likewise drop ours. Big Deficit. If not, we Tax Cars etc. FAIR!

Now it’s rather unclear what on earth he meant, given that the average EU tariff on US exports is 3%. But a clever piece of detective work by New York Times columnist Paul Krugman suggests a possible answer.

So in reality the playing field is completely level.

But the point here is that Trump is getting truly terrible advice on trade, and advice that confirms his own misguided mercantalist tendencies. With economics advisor Gary Cohn gone there is literally no one with an economic clue in the President’s ear.

Don’t expect the trade hostilities to abate any time soon.