Opinion Vital Signs: the data is mixed but worrying signs from mortgagees

Data released this week in Australia and the United States showed continued strength – or at least a lack of weakness – in consumer spending and unemployment, writes Richard Holden. 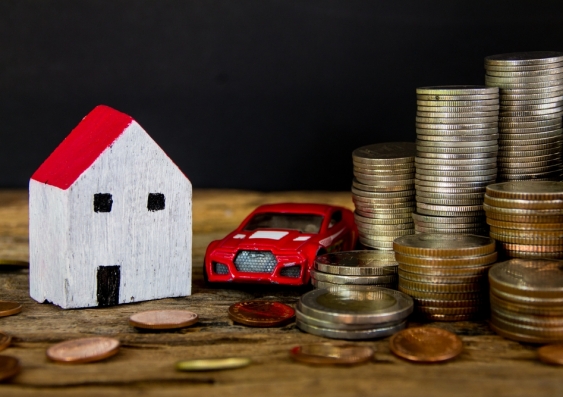 Data released this week in Australia and the United States showed continued strength – or at least a lack of weakness – in consumer spending and unemployment.

New car sales in Australia – one measure of consumer sentiment and spending –declined slightly in September from the year before. However, new car sales are still slightly ahead (0.2%) of last year’s numbers, on a yearly basis.

Building approvals also showed some mixed signs. The data shows overall approvals were up 0.4% in August. They had fallen 1.2% (on revised figures) in July. This was driven by apartment approvals, which were up 4.8%, while approvals for houses fell 0.6%. Year-on-year the news is still bleak. Approvals are down 15.5% on that basis - the 12th consecutive month they have fallen.

Perhaps developers don’t like to build into property bubbles, at least not forever.

In the US there was continued strong employment data, this time from payroll processing records. ADP data showed that US private-sector employers added 135,000 jobs in September. This was well above market forecasts that were subdued due to Hurricanes Harvey and Irma. It is now expected that the US unemployment rate will stay at the current very low 4.4% when official data is released.

However, the US Federal Reserve is still concerned about the low level of inflation, which has been persistently below its target range. Recently, Fed Chair Janet Yellen observed that:

"My colleagues and I may have misjudged the strength of the labour market, the degree to which longer-run inflation expectations are consistent with our inflation objective, or even the fundamental forces driving inflation."

That was a very candid observation, but perhaps just as importantly, Yellen pointed out one important reason why it matters, saying:

"Sustained low inflation such as this is undesirable because, among other things, it generally leads to low settings of the federal funds rate in normal times, thereby providing less scope to ease monetary policy to fight recessions."

Meanwhile, in Australia the RBA left the official cash rate at 1.50% for the 13th (lucky for some?) consecutive meeting, with no rate rise in sight. RBA governor Philip Lowe said this week:

"…slow growth in real wages and high levels of household debt are likely to constrain growth in household spending."

This underlines the consistent bind that Lowe finds himself in. If he raises rates then he could put already debt riddled households under further pressure and crater spending – which accounts for roughly three-quarters of GDP – as those households try and adjust their balance sheets in the face of stagnant wages.

It has been a consistent theme of this column that both the Fed and RBA are in something of a bind – if for slightly different reasons. And both Yellen’s and Lowe’s remarks highlight this.

But the truly scary news this week was about Australian mortgages, with a survey from UBS saying that one-third of Australian borrowers don’t know their mortgages are interest only. Or as UBS put it:

"We are concerned that it is likely that approximately one-third of borrowers who have taken out an IO mortgage have little understanding of the product or that their repayments will jump by between 30-60% at the end of the IO period."

Now, economists don’t normally put much stock in surveys – we like “revealed preference” data. But this survey I will listen to.

This has US circa 2008 written all over it. Back then, many borrowers with adjustable-rate mortgages didn’t realise that the rates ratcheted up sharply after (typically) five years. When those rates did, and the borrowers couldn’t refinance because of market conditions, there was a meltdown that led to Bear Sterns and Lehman Brothers going to the wall. And then, of course, the whole financial crisis.

If UBS is right, Australia has a similar time-bomb ticking away. Maybe not quite as bad, but I don’t know. Remember ANZ chief executive Shayne Elliot on Four Corners telling us how his mortgage book was super-diversified because they were all uncorrelated individual mortgages? Well, not if his book includes folks who don’t understand their loan contracts.

Whatever APRA is doing right (or wrong), it can’t deal with loans that have already been written. That puts the RBA in a bind - and should make us all cautious about how robust the Australian economy really is.