The market welcomed statements from the US Federal Reserve and the RBA, but there isn't much to be happy about. 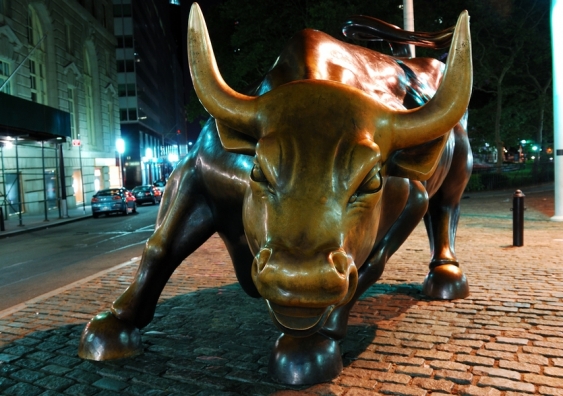 OPINION: After their customary two-day meeting, the Fed announced that they were holding interest rates at their current level, but would begin unwinding the massive bond-buying program they instituted in the wake of the financial crisis.

This was met with whoops and hollers – from most quarters – and interpreted as a sign that the US economy is back on track.

…[the Fed] would begin to withdraw some of the trillions of dollars that it invested in the American economy after the 2008 financial crisis. The widely expected announcement reflected the Fed’s confidence in continued economic growth. The current expansion is now in its ninth year, one of the longest periods of growth in American history.

Now, none of those words are wrong, but there’s more to this story.

The Fed is planning to shrink its $US4.5 trillion balance sheet by $US10 billion a month. That’s hardly a massive vote of confidence in the economy. In their statement, the Fed also expressed continued concern about stubbornly low inflation.

On top of all of that, we might be in the ninth year of economic expansion, but at what rate? Answer: well below historical levels.

So, as they say in showbusiness, hold the balloons.

Meanwhile in Australia, RBA assistant governor Luci Ellis issued an upbeat assessment of the economy in a speech to the Australian Business Economists forum. Her positive outlook is based on a textual reading of the IMF World Economic Outlook. Let me add a few negative words to the count. First, it’s not as if the IMF is never wrong. Second, if one tries this kind of word-counting exercise in an academic seminar then people either giggle, cry, or start throwing things.

Economists (like those at the RBA) typically put little weight on chatter and a lot of weight on "revealed preference" – the decisions actually being made. For instance, the RBA continues to keep the cash rate at 1.5%. One can only surmise that they are concerned about what would happen if they did raise rates.

And with good reason. As the RBA themselves have pointed out, Australian households are deeply indebted. Moreover, the big four banks are extremely exposed to the housing market, and at least some of their chief executives seem rather naive about the risks they have taken on.

For instance, ANZ chief executive Shayne Elliot made the astonishing claim on ABC’s Four Corners recently that the bank’s risks are diversified because each mortgage was its own individual risk. This is exactly the kind of thinking that led to the financial crisis in 2008.

The RBA is in a bind, and they know it. So until they start raising rates it is wise to believe that the economy is more fragile than they often say it is.

Indeed, the one positive thing the US and Australia and Australia have in common is a relatively low unemployment rate. Yet wage growth is also very low.

All in all, the positive responses to the Fed’s announcement, and the happy sentiments in Luci Ellis’s speech, seem premature at best. The world economy may be picking up a little bit, but there is a long way to go before we can say that we are in a stable recovery.

The interest rate cut that could lead to less business investment