Vital Signs: don’t expect much from the central bankers at Jackson Hole

Economic data is thin on the ground as central bankers converge on Jackson Hole for their annual meet and greet, writes Richard Holden. 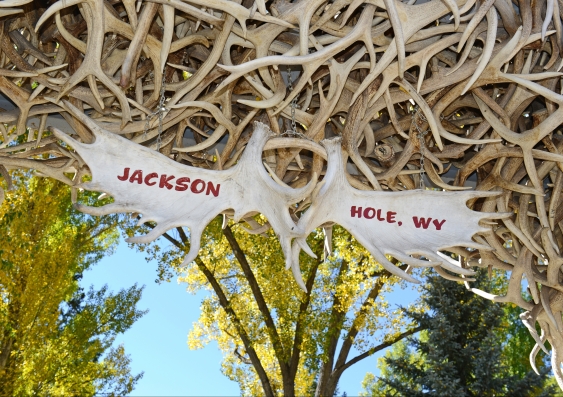 The Symposium, which is hosted by the Kansas City Federal Reserve, began in 1978. It does allow for discussions, information exchange, and time to reflect on the key issues bearing on monetary policy. But it’s not like the US Fed Chair Janet Yellen can’t talk to the European Central Bank (ECB) president whenever she wants – and vice versa.

More importantly, it provides a platform for Yellen and ECB President Mario Draghi to send very public messages about the future path of monetary policy in their respective jurisdictions.

The theme this year is “Fostering a Dynamic Global Economy”. That sounds like a good thing to have – better than an “undynamic one” – but don’t expect a lot of headline-grabbing comments from Yellen or Draghi.

All the data, and all the recent public statements by Yellen and Draghi, point to things basically going as planned. Cross your fingers. Hold your breath. Pray. Whatever works for you.

Draghi is a very smart guy, but he made a complete unforced error in a speech in June. At a banking conference in Portugal he offered: “All signs now point to a strengthening and broadening recovery in the euro area.”

Markets sure paid attention to those remarks. Bond yields rose, as did the Euro, as investors figured Draghi was going to start unwinding his quantitative easing policy. That led to a cast of ECB members having to tell markets that QE was here to stay for now.

Draghi seems to have learned his lesson. On Wednesday in Lindau, Germany he said: “While forward guidance (a tool used by central banks to influence, with their own forecasts, market expectations) is a useful instrument, recent research has highlighted that its effectiveness can be improved if combined with other non-standard monetary policies.”

Translation: no end to QE for now.

We can expect him to say something equivalently uninformative in Jackson Hole (which is actually a compliment to a central banker).

In the US, the Fed has been slowly, deliberately, and carefully tightening monetary policy in response to low unemployment and improved GDP growth. According to the Bureau of Labor Statistics (BLS), unemployment now stands at 4.3% nationally. Wage growth is still on the low side with average hourly earnings (for private, nonfarm payrolls) at US$26.36, up by 2.5% year-on-year to July. But compare that to Australia’s 1.8% wages growth for private-sector workers.

The main issue for the Fed is that inflation remains subdued. Two weeks ago the US Labor Department released figures showing the CPI was up 0.1% in July, after being unchanged in June. Year-on-year the CPI stood at 1.7%, still below the 2% Fed target.

This is Big Issue One for the Fed. Why is inflation so stubbornly low? Is it really because stuff is cheap on Amazon? It’s fair to say that the Fed’s (and others’) macroeconomic models are having a hard time explaining this fact.

But don’t expect Yellen to wade into the inflation-puzzle waters this week. That’s the sort of thing best done in the post-summer period – the US academic new year. My guess is that Yellen will start addressing that topic publicly some time before Thanksgiving, if she decides to do so at all.

There is, however, always the possibility for some fireworks at Jackson Hole. Not from Yellen or Draghi, but one of the academic speakers.

At Jackson Hole in 2005 University of Chicago Booth School of Business professor Raghuram Rajan gave a speech that was not popular with then-Fed-Chair Alan Greenspan, but turned out to be prescient.

The title of the paper he based it on was “Has Financial Development Made the World Riskier?” And he answered it in the affirmative. The reaction from many in the room at the time was that Professor Rajan was some kind of financial Luddite. Perhaps he also thought the wheel was a bad invention?

The fact that he was, well, right, is interesting and important, but beside the point for the purposes of this column. The real question is what the equivalent bomb-throwing speech from a participant might be this time.

Hard to say, but it might be to do with 2% GDP growth being the new normal, and what that means for long term monetary policy. This has been discussed by many people, such as former US Treasury Secretary Larry Summers, so it might not be all that new. But it could be made forcefully at the very large megaphone that Jackson Hole provides.

Look for a speech from a noted academic suggesting that inflation targeting should be abandoned; perhaps replaced with targeting of nominal GDP growth.

Such a speech wouldn’t be super new, or very surprising. But it might ruffle some feathers. The Fed has a plan and they’re sticking to it. This is practical macro. I suspect they are not in the mood for an academic seminar.