Opinion Vital Signs: Economically, Australia is at risk of becoming Germany, and not in a good way

With a relatively low debt to GDP ratio, Australia was never at risk of becoming Greece. But Germany, with negative interest rates and scant prospects for economic growth, is an open question. 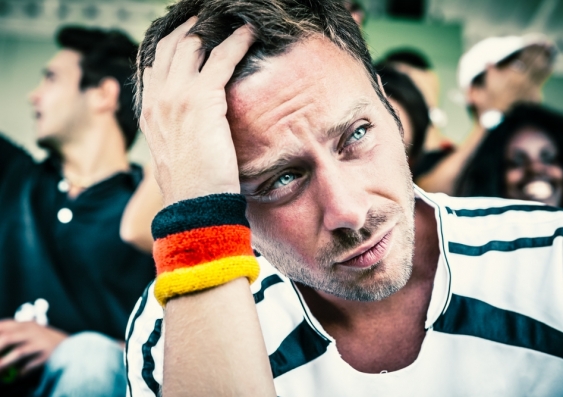 Once, emulating Germany would be something to be proud of. Not at the moment. Image from Shutterstock

It’s four years since then Prime Minister Tony Abbott warned Australia had been heading to “a Greek-style economic future”.

He was referring to what he said had been happening under the previous Labor government.

When Labor left office in 2013 the federal government’s budget deficit had been 3% of gross domestic product. The Greek government’s had been 7%.

Australia was never on the path to becoming an economic basket case like Greece, but right now we are on the road to becoming like another European nation.

It also starts with “G”.

Becoming economically like Germany isn’t as scary. But it is genuinely troubling nevertheless.

Germany is not in good shape

Germany’s GDP growth in the June quarter was minus 0.1%. That means economic activity shrank.

Its central bank, the Bundesbank, doesn’t see things getting better any time soon, saying growth “is probably set to remain lacklustre in the third quarter of 2019”.

That’s right: even for 30 years into the future, investors think its safer to lose money by parking funds with the German government than to try to make money by using them in other investments.

Put another way, markets think the German economy will be in trouble for decades, meaning short-term German interest rates will have to remain ultra-low for decades.

The German penchant for balanced budgets became (there’s really no other way to put it) fanatical in the wake on the financial crisis of 2008.

Like centre-right governments around the world – Britain was a leading example – a dark fiscal austerity took hold, at precisely the wrong time.

2009 was a time of chronically weak private demand that required both lower interest rates and, as monetary policy was running out of steam, continuing budget deficits.

Instead Germany cut government spending, pushing the budget back into surplus from 2014.

It didn’t get everything wrong.

As I wrote at the time, Germany was largely right to insist that Greece get its out-of-control spending and government debt under control.

But Germany’s approach to its own economy hurt it and other European economies such as Italy and Spain.

With apologies to British 1980s band The Vapors, we’re at risk of “Turning Germanese”.

Both of our major political parties are gripped by balanced-budget fetishism, appearing to want to balance the budget regardless of the economic context.

Again, here we are not quite as fanatical as Germany, but Labor seems determined to “out-surplus” the Coalition to prove its economic management credentials. And the government has made delivering a surplus the centrepiece of its economic agenda.

…but there’s time to pull back 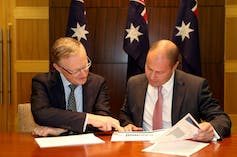 Poor old Reserve Bank governor Philip Lowe has been pleading over and again for more aggressive government spending, particularly on infrastructure, to help complement what he is doing on interest rates.

A couple of cheesy photo ops with Treasurer Josh Frydenberg aside, there’s no evidence of him gaining any traction in Canberra.

But this is the situation we face:

Any government that won’t borrow and spend up big and smart in these circumstances is making a huge mistake – one for which we and our children will pay dearly.

If we’re not careful the old Abbott narrative of “we’re about to become Greece” will become true, except about another country whose shoes we would rather not be in.