The impact of ASIC and APRA's response to the findings of the banking royal commission could be a gamechanger in 2018. 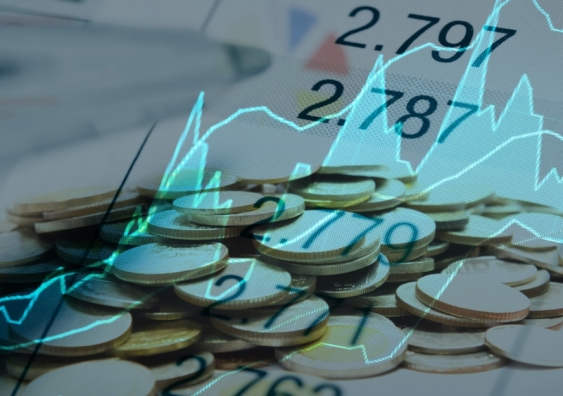 This week: both the RBA and US Fed leave interest rates on hold as all eyes turn to potential new banking regulations and their likely impact on the economy.

This week was all about interest rates – even though the RBA and the US Fed kept both of their official rates unchanged at their most recent meetings.

But as usual, what’s likely to happen in the future is the interesting question.

In Australia, all eyes will be on how ASIC and APRA respond to the findings of the banking royal commission. Will they be defensive about past mistakes, or move forward with tighter regulations on banks and financial planning? What will the RBA do in this context?

On interest rates the answer is probably “nothing soon”.

“The Bank’s central forecast for the Australian economy remains for growth to pick up, to average a bit above 3 per cent in 2018 and 2019. This should see some reduction in spare capacity in the economy.”

OK, growth is about to move up strongly.

“Household income has been growing slowly and debt levels are high.”

Well, that sounds concerning, since household consumption accounts for nearly 60% of GDP.

Unemployment was getting better, but that’s stopped happening.

“Inflation remains low…with both CPI and underlying inflation running marginally below 2 per cent. Inflation is likely to remain low for some time…A gradual pick-up in inflation is, however, expected as the economy strengthens.”

So inflation has been outside the target band of 2-3% for a very long time, but if that courageous GDP growth forecast pans out then we might end up back in the band.

And on, and on. No wonder US President Harry Truman once lamented “Give me a one-handed economist. All my economists say ‘on one hand…’, then ‘but on the other…’”

In any case, for the foreseeable future it is not what the RBA does, but what the big four banks do that will have the biggest impact on the interest rates Australian borrowers face

Wholesale funding costs have been ticking up, cutting net interest spreads for the banks. And the wash-up of the Royal Commission is likely to lead to a further tightening of underwriting standards. As ANZ CEO Shayne Elliot put it:

“People are still going to buy a home, so it doesn’t change fundamental demand, but it will change the process and will probably make it harder for people to be successful in their applications.”

Those two factors taken together could easily see a 15-20 basis point increase in rates for home loan borrowers. That might be tempered by potential outrage from the public – banks behave badly and then put their prices up – but the banks have a lot of market power, as history has shown in these matters.

Across the pond, the US Federal Reserve left official rates unchanged from March at 1.5% to 1.75%. That ended, for now, a string of six rate hikes since December 2015.

In a relatively brief statement the Fed noted;

“the labor market has continued to strengthen and that economic activity has been rising at a moderate rate. Job gains have been strong, on average, in recent months, and the unemployment rate has stayed low. Recent data suggest that growth of household spending moderated from its strong fourth-quarter pace, while business fixed investment continued to grow strongly. On a 12-month basis, both overall inflation and inflation for items other than food and energy have moved close to 2 percent.”

The leading interpretation of this is that the Fed thinks inflation is ticking up and will likely raise rates another 25 basis points at the next meeting if nothing material changes in the economy.

All this is a reminder that monetary policy is as much art as it is science.

It is also worth remembering that the other key function of central banks is prudential regulation. That is where the real changes could be interesting. Fed Chair Jay Powell is known to be much more amenable to deregulation of the financial sector than his predecessor Janet Yellen. It may not be too long before we see those instincts put into action.

Perhaps the regulatory front will be more interesting than interest rates for the remainder of 2018.