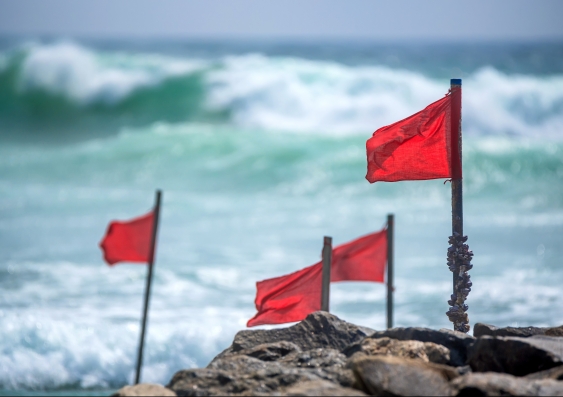 This week: A break from weekly data to look forward to the year ahead.

US President Donald Trump has made clear his contempt for a variety of international agreements to which the US is a signatory. The North American Free Trade Agreement is certainly one of them. 2018 could be the time when Trump engineers either a renegotiation of NAFTA, or (scarily) a US exit from it.

Right now, the administration is trying to extract concessions from China and Mexico on the deal, and has set a March 2018 deadline for an agreement.

A US exit from NAFTA would be calamatous. The three economies have become heavily integrated since NAFTA began, and it’s almost hard to imagine what the US economy would look like without, for example, cheap goods and agricultural produce from Mexico.

2. We find out Australia had a housing bubble, because it bursts

Is there a bubble in the Australian housing market? I have consistently said that I don’t know, and I wouldn’t know how to prove it even if there was. But there are some troubling markers, including investment bank UBS’s report warning about the potentially large number of so-called “liar loans”.

I’ll add one more marker that I haven’t heard discussed before. A respected mortgage industry insider said the data in the UBS report doesn’t make sense, and that mortgage brokers aren’t encouraging people to falsify loan applications. But the same expert said any instances of bad behaviour are isolated, that statistics aren’t facts, and he rejected the idea that incentive payments to brokers encourage them to push bigger loans to borrowers. Basically, “believe me!”

2018 should give us a pretty good read on whether there will be a slow deflation of Sydney and Melbourne property prices (at least in real terms), or whether there will be an abrupt reduction in prices, a series of fire sales, and trouble for the banks. I think the balance of evidence now suggests the latter.

The UK will continue to negotiate its exit from the European Union, and 2018 will be both important and consequential. There is a very specific timeline for the UK’s exit – 11pm GMT, Friday March 29, 2019 to be exact.

Theresa May – when not defending inappropriate behaviour from her male colleagues, or falling for sophomoric pranks when speaking in public – is sticking to her “hard Brexit” line. 2018 will show whether this is even vaguely possible. I strongly suspect not – and there are a whole host of interesting things that could happen.

One, May could easily lose the prime ministership. Two, there could end up being another vote to “take back” the Brexit vote. If you think that’s crazy then listen to Tony Blair discussing how it could happen.

All of this could cause major upheaval in financial markets. London remains a fundamentally important international capital market.

Janet Yellen’s departure as US Federal Reserve Chair in February, and her replacement by Jay Powell, is unlikely to materially alter US monetary policy. Expect gradual rate rises throughout 2018.

What could differ – and not in a good way – is the Fed’s stance on financial regulation. Powell is thought to be more hostile to Dodd-Frank (as the regulatory response to the Great Recession is known) than Yellen. 2018 will be revealing in this regard, because the Trump White House is known to despise those regulations and there could be a concerted effort to remove them using whatever means available.

This would be dangerous and foolish, and lay the groundwork for the next financial crisis.

With a wave of populist sentiment across Europe, and German Chancellor Angela Merkel having a hard time forming a coalition, there is the slim but scary prospect of the EU essentially disintegrating. This could be the result of a sovereign default by a major country like Italy or Spain, that is too big to bail out. Or it could come from a German government that is no longer willing to support the European Central Bank the way it has to date.

It could well be that none of the worrying scenarios outlined above actually occur. But any number of implicit and explicit deadlines make 2018 look like a more eventful year than most.

Vital Signs: Jobs may be increasing but the real test is whether we get a pay rise this year