Data from Australia and overseas, inlcuding the fluctuations in the US stock market, point to a tricky balancing act for policy makers, writes Richard Holden. 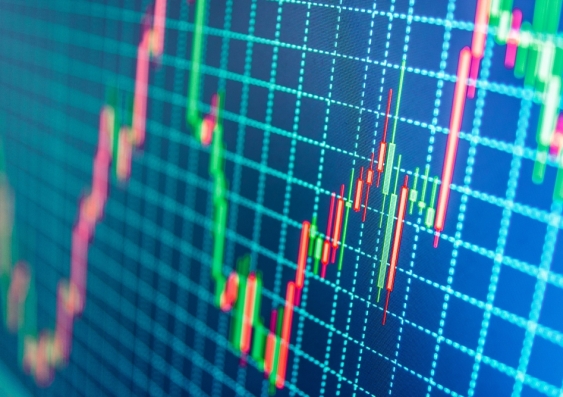 OPINION: The biggest news of the week was the gyrations in the US stockmarket. And the proximate cause seemed to be what one might think of as good news – average hourly earnings for workers in the United States rose 2.9% for the year to January.

This led to fears of a spike in inflation – as it could lead to more aggressive interest rate rises by the US Federal Reserve – and a big sell-off on Wall Street.

Regular readers of this column will know that something that has preoccupied the central bankers of the world’s advanced economies has been persistently low inflation and wage rises. This has been bad news for workers and has kept interest rates from rising. The 2.9% rise in US average hourly earnings is the strongest since the financial crisis. This, coupled with the low 4.1% unemployment rate in the US, has triggered inflationary fears. Of course, inflation was below the Fed’s target of 2%.

This all reveals a fundamental economic truth: it is expectations of the future, not the facts of the past, that drive economic behaviour. That is one reason that the Fed (and the Reserve Bank of Australia) talk a lot about “inflation expectations” – or what people think inflation is going to be – not what it has been.

In domestic news, it was no surprise that the RBA left the cash rate unchanged at 1.50% when the board met on Tuesday. In his official statement, RBA governor Philip Lowe emphasised Australia’s low inflation and unemployment rates, saying:

The low level of interest rates is continuing to support the Australian economy. Further progress in reducing unemployment and having inflation return to target is expected, although this progress is likely to be gradual.

There was some further positive news on the employment front from ANZ’s job advertisements report. It showed that ads were up 6.2% in January, and 13.8% on an annualised basis.

The big question, however, is about wages growth, which has proved very sluggish. We will have to wait until later in the month for new evidence on that in the form of fourth-quarter 2017 wages figures.

Cost of living figures released on Wednesday by the ABS showed what most people will tell you – that the cost of living has increased. The index is up by between 0.6% and 1.0% in the December quarter, depending on the type of household.

It is worth pausing briefly to discuss the difference between the Living Cost Index (LCI) and the Consumer Price Index (CPI). The ABS describes the purpose of the LCI as to answer the following question:

By how much would after-tax money incomes need to change to allow households to purchase the same quantity of consumer goods and services that they purchased in the base period?

This is slightly different from the CPI, which measures price changes in a basket of goods and services. Perhaps the key difference is that the LCI includes mortgage interest and treats housing costs differently. For a more detailed description of the differences see this description.

And for no group of households did the LCI come in lower than the CPI (0.6% for the December quarter) and for most it came in higher. For example, on an annualised basis the LCI rose by 2.0% for “employee” households and by 2.3% for “pensioner and beneficiary” households. By contrast, the CPI grew 1.9% in the year to December.

Moving from the micro to the macro, ABS data showed a trade deficit of A$1.358 billion in December, after a small surplus in November. This was largely driven by a strong increase in imports of fuel and machinery.

In the US, consumer credit for December increased by US$18.45 billion, below expectations of a US$20 billion increase. On the other hand, November figures were revised higher from US$27.95 billion to US$31.02 billion, making the overall picture pretty much a wash.

All of the data in Australia and abroad point to a tricky balancing act for policymakers. Interest rates almost surely have to rise in the medium term, but acting too quickly can squash a recovery; acting too slowly risks overheating the economy.

And, as the US stockmarket fluctuations in the light of wages figures show, to get the balance right policymakers need to have an accurate forecast of people’s expectations about inflation and other variables. And that is challenging.