Opinion Vital signs: The GFC and me - 10 years on, what have we learned?

The debate ought to be about whether we should have spent big. It was good that we did. But we need to "reload" and get the financial system under control. 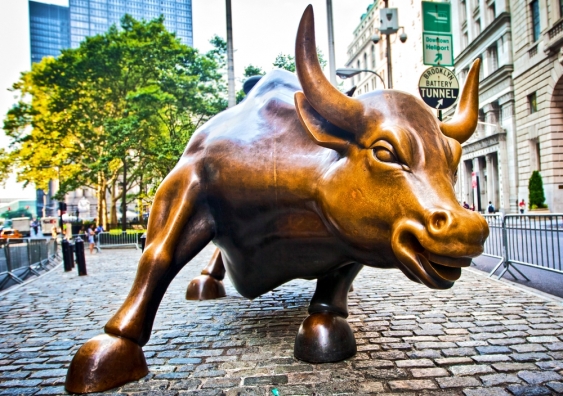 A little more than a decade on from the the collapse of Lehman Brothers, the largest bankruptcy in history, many of the world’s advanced economies are only now beginning to recover fully.

I was on the faculty at the University of Chicago at the time and, like many, followed the events of the 2008 US summer with a combination of interest and outright fear.

It is hard to describe how scary the two months around the Lehman bankruptcy were. Two anecdotes convey some of that fear, however.

The first was when I spoke to an economics official in the Obama administration who said: “Go get cash and bottled water. Automatic teller machines might not be working two days from now.”

The second reflects just how severely money markets froze up. Goldman Sachs – Wall Street’s most venerable firm – was largely on the good side of trades on credit default swaps, the instruments behind much of the crisis. Yet its stock price was utterly hammered. It wasn’t until legendary investor Warren Buffett sank US$5 billion into Goldman that confidence was restored.

On one day Goldman stock was down by a staggering nearly 50% in intra-day trading. It very nearly went the way of Lehman – all because of what amounted to a modern-day bank run.

The Obama administration responded with spending (including on tax rebates for households and firms), big interest rate cuts and measures to ensure banks had access to funds. Combined, these helped avoid a repeat of the Great Depression.

And we cut interest rates, massively, and guaranteed bank deposits.

The International Monetary Fund, the Organisation for Economic Cooperation and Development, and most good economists think what we did was essential to ensure Australia avoided a severe downturn.

Yet there are those on the conservative side of politics who claim the stimulus spending was wasteful, not that helpful, and locked in an era of higher government spending.

As prime minister in 2016, Malcolm Turnbull encapsulated the view that the spending was a waste when he told the ABC’s Leigh Sales: “I think what shepherded Australia through the GFC successfully was the Chinese stimulus and the large amount of cash that John Howard left in the bank.”

Here’s what I think.

The Chinese stimulus helped, but China didn’t do it to help Australia. It did it to help itself, with a happy byproduct being continued demand for Australian resources.

Does Mr Turnbull really think the Chinese government was either mistaken (because stimulus spending doesn’t help) or benevolent (because it wanted to help Australia)? These are not terms normally associated with Beijing.

The “large amount of cash” left by the Howard government was indeed very important. It allowed the Rudd government to spend big without running up huge government debt. As the noted UC Berkeley economists Christina and David Romer have pointed out, using evidence from 24 advanced economies, fiscal and monetary policy “space” is important in ensuring the stimulus programs work.

So, yes, Howard’s debt-free budget was important, but only because it gave the government room to spend.

There is an important point here. Namely, that prudent fiscal management through ordinary times is essential in order to build up the firepower to respond in extraordinary times.

Australia still enjoys government debt to GDP that is low by OECD standards, but its growth has been very rapid even in post-crisis years because of the structural gap between government revenues and expenditures. Both sides of politics say they are committed to narrowing it. We shall see.

It’s the basis for much of the talk about a “new monetary policy framework” that would lift interest rates from their present lows in Australia and overseas to around 5%. It’s a goal articulately and forcefully argued for by former US Treasury Secretary Larry Summers. Getting there would give central banks the firepower they might need.

These lessons have been learned to varying degrees, but are now thankfully at least part of the mainstream debate.

One thing that everyone should have learned from the financial crisis in general, and Lehman in particular, is the need for effective regulation of financial institutions.

The combination of massive leverage, opaque financial instruments and radical interconnectedness of financial firms in the US was a disaster waiting to happen.

In many ways it still could be.

Republicans in the US want to dramatically roll back the Dodd-Frank Wall Street Reform and Consumer Protection Act introduced by President Obama in response to the financial crisis.

Although far from perfect, it helped de-risk the US financial system.

In Australia the failings of financial regulators play out every day at the Hayne Royal Commission, in excruciating detail.

It entitles us to ask if Australian regulators can’t prevent outright theft by financial institutions, how equipped are they to prevent more complicated transactions that might put the financial system at risk?

The answer is: not very.

A decade after Lehman it’s fair to say we have learned lessons.

We know how to use big and bold fiscal (spending) policy and monetary (interest rate) policy to create a virtuous circle of beliefs that can pull us out of a downturn.

And we know that we need to reload both fiscal and monetary policy in the good times so we are ready for the bad times.

But on financial regulation the US might be about to go backwards, and we never really went forwards.