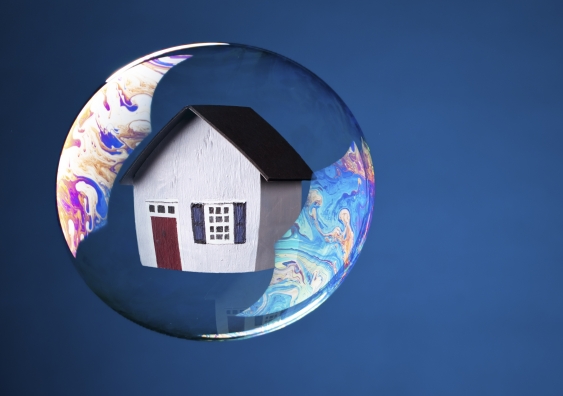 OPINION: I didn’t think it was possible for there to be more focus on the Australian housing market than in 2016, but the last couple of weeks have proved me wrong.

ABS figures revealed that in the December quarter, across the eight major Australian cities, house prices rose 8.9% and apartment prices rose 4%. Those are stunning figures, particularly on the back of the huge rises of recent years.

This prompted renewed discussion about whether prices constituted a bubble. Many players weighed in, but former Liberal Party leader John Hewson put it most succinctly, saying on ABC’s Lateline:

In one sense it doesn’t really matter whether there is a housing bubble or not. Once buyers start believing there is and think it will burst, they have every incentive to wait to purchase. That dries up liquidity in the property market and sellers who need to sell are forced to take a steep discount. That justifies the buyers’ belief that prices are going to fall. And that, simply put, is how a bubble bursts.

Are we at that point yet? It’s hard to say, but given that a former Liberal Party leader, the ASIC chairperson and the Secretary to the Treasury (among others) have said so recently, there is reason to think we might get there.

The most recent board minutes revealed the RBA was somewhat focused on housing as well. The minutes stated:

“Over recent months, conditions appeared to have strengthened in Sydney and had remained strong in Melbourne; these cities had continued to record brisk growth in housing prices, and auction clearance rates had remained high. Housing loan approvals and credit growth had picked up for investors, primarily in New South Wales and Victoria” and that this “continued to suggest that there had been a build-up of risks associated with the housing market”.

The minutes also noted a number of positive developments, from the terms of trade to the strength of our trading partners to business sentiment. The notable exception was the labour market which continued to confound understanding. The RBA noted that the key implication was that:

“Domestic wage pressures remained subdued and household income growth had been low, which, if it were to persist, would have implications for consumption growth and the risks posed by the level of household debt.”

It is difficult to assess the future path of the cash rate. The economy looks like it might be strengthening, and if business investment were finally to rebound, there would be a case for a rate rise. But with a weak labour market, a rise in rates would put the squeeze on those heavily indebted households. This could, in turn, detonate the property market. The nightmare scenario is that it has a big enough effect on bank balance sheets that they contract lending significantly, further hurting the property market.

This is the delicate tightrope the RBA is trying to walk.

The run-up in prices has put further focus on housing affordability. The Coalition have suggested they will announce a series of measures to address it in the budget. They are rumoured to be considering schemes like allowing first home buyers to access their superannuation – which is a very bad idea. It is another policy that fuels the demand side without addressing supply. I have said numerous times – including in my McKell Institute plan – that demand-side excesses such as negative gearing need to be curbed and the supply side needs to be encouraged.

The housing package might be the most interesting thing to look out for in the federal budget on May 9.