Opinion Vital Signs: it’s too early for the RBA to pull the trigger on interest rates

The case for the RBA increasing interest rates certainly exists. But it’s far less pressing than in the United States. 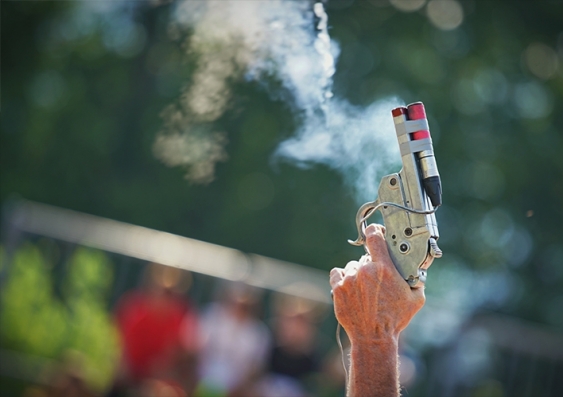 Unlike in the US, the RBA has time to assess how inflation is playing out before pulling the trigger on increasing interest rates. Photo: Shutterstock

Inflation is picking up in Australia, and there is considerable speculation about what the central bank will do with interest rates in 2022.

The Consumer Price Index figures out this week show prices over 2021 rose 3.5%. That increase reflected big jumps in some prices – such as transportation costs, up 12.5% – while other prices fell – such as communication (down 0.5%) and clothing & footwear (down 0.3%).

These large differences across categories are why the Australian Bureau of Statistics also reports a less volatile measure of price changes known as the “trimmed mean”. That rose by 2.6% over the past year – in the middle of Reserve Bank of Australia’s target range of 2-3% inflation.

The trimmed mean is what the RBA tends to focus on, and will surely be a key topic at the central bank’s first board meeting for the year, next Tuesday. 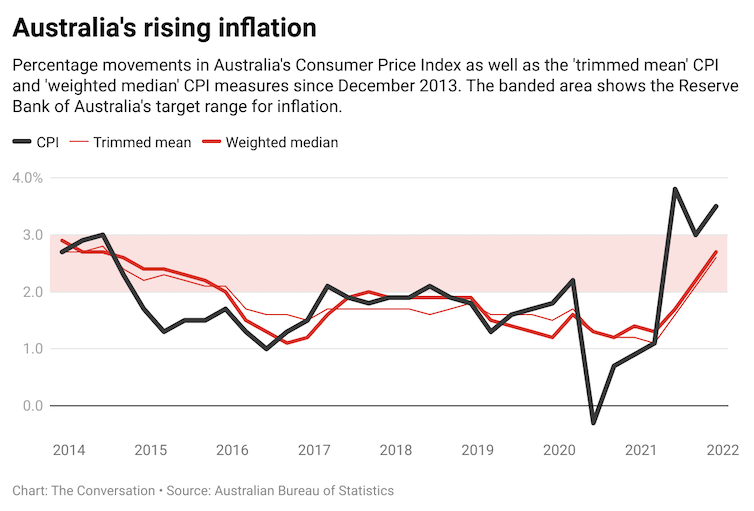 Many market participants think the RBA will start raising the cash rate from its historically low level of 0.1% in August. Bond markets are pricing in a June hike.

At this point what seems almost certain is that the RBA will end the A$350 billion bond-buying program it began in March 2020 to stimulate the economy. This “quantitative easing” program was an unconventional measure for the RBA. It involved the bank buying government bonds as a last-ditch effort to boost inflation. Indeed, at various points it promised to buy enough three-year bonds to keep the yield on them at 0.1% (a policy known as “yield curve control”).

The case for the RBA increasing interest rates certainly exists. But it’s less pressing than in places such as the United States.

All eyes on the US Federal Reserve

The US Federal Reserve is under intense pressure to raise rates because inflation has clearly taken hold.

Consumer prices rose 7% in 2021. The Fed has strongly signalled it will raise rates at its next board meeting in March. At a press conference this week, the Fed’s chair, Jerome Powell, said:

I would say that the committee is of a mind to raise the federal funds rate at the March meeting, assuming that the conditions are appropriate for doing so.

This follows a big debate in 2021 about whether emerging inflation was transitory, basically due to the pandemic, or more structural, due to massive government spending coupled with low interest rates – therefore requiring the Fed to respond. 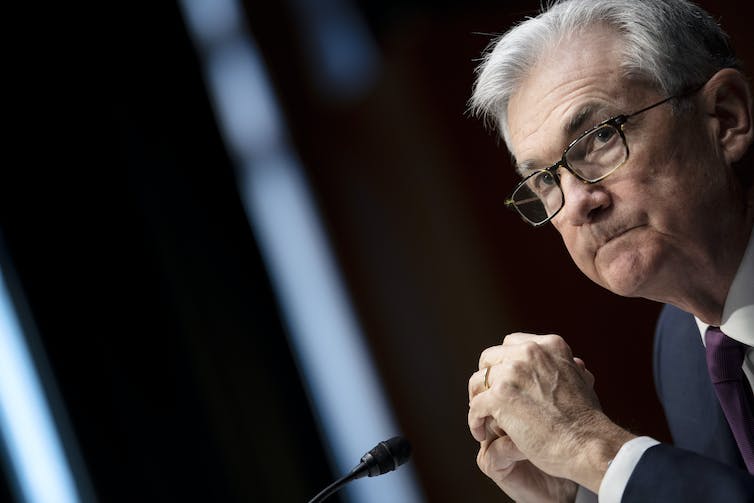 US Federal Reserve board chairman Jerome Powell has clearly signalled an interest rate rise in on the cards for March. Brendan Smialowski/AP

The most notable voice arguing inflation was structural was former US Treasury Secretary Larry Summers. “Team transitory” was led by Nobel laureate and New York Times columnist Paul Krugman, who conceded in December inflation was less transitory than he had thought.

The evidence has had clear implications for the US. The Fed will raise interest rates to bring inflation down. History tells us that once the Fed sets its mind to taming inflation it will succeed. The only question is whether it can do so without inducing a recession. The coming 12 to 18 months will be very informative in this regard.

The US narrative around “out of control” inflation is spilling over into Australia’s national discussion, even though inflation is far less of a concern and the RBA has more options than the US Fed.

Inflation in Australia is right in the middle of the target band, not miles outside it as in the US. The Fed cannot wait. Here, the RBA has time to assess how inflation is playing out before pulling the trigger on increasing interest rates.

That said, matters are not helped by talk in the business community of inflation spiralling out of control, or in other circles of potential industrial action over lack of wage growth.

We should remember that over the past few years the RBA has achieved exactly what it intended to do, entirely consistent with its mandate. Its core objective as an institution is to keep inflation between 2% and 3%. Right now it is 2.6%.

This is essentially the first time since Philip Lowe took over as RBA governor in September 2016 that inflation has been in the target band. In contrast, inflation averaged 2.5% over the 10-year tenure of Lowe’s predecessor, Glenn Stevens. Talk about on the money.

It would be remiss of me not to mention I was a tough critic of the RBA in 2019 over it being too slow to cut rates in the face of low inflation. But the bank has done what a substantial group of economists pushed it to do – and it has worked.

There are two caveats.

The first has to do with Lowe’s “forward guidance” about the central bank not raising rates, basically no matter what, until 2023 or even 2024. Many people, myself included, thought that was always a bad idea.

What matters more, though, is the future.

If the RBA does decide to begin raising rates this year, the challenge will be to do so without damaging Australia’s economic recovery from the pandemic.

This will be part science, part art. It’s why the job of Reserve Bank governor is so important for the nation.