Opinion Vital Signs: Jobs may be increasing but the real test is whether we get a pay rise this year

Despite employment growth, Australian wages remain stagnant in real terms as the economy starts 2018 with the same mix of positive and negative signs seen in 2017, writes Richard Holden. 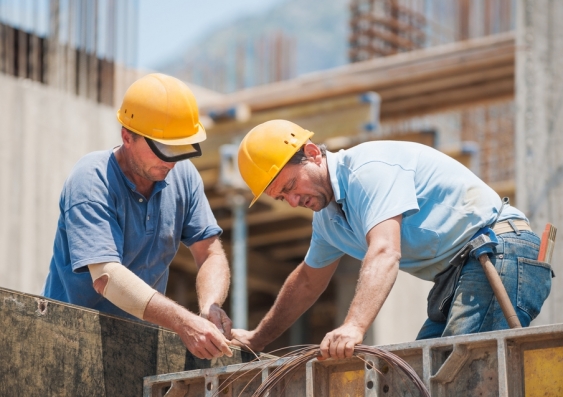 OPINION: The most consequential Australian data this week were Thursday’s labour force figures. The ABS announced that employment grew by 34,700, well ahead of market expectations of around 15,000. It was the first calendar year in which employment grew every month since the ABS recorded monthly data in 1978.

This occurs because a better labour market leads to more people looking for work. On that point, the participation rate stood at 65.5% – the highest rate since early 2011. Importantly, female labour-force participation was at a record high 60.4%.

Regular readers of Vital Signs will know what’s coming next. Despite this strong employment growth, wages remain stagnant in real terms. Perhaps they key economic variable in 2018 – and surely the key political variable – is whether we start to see stronger wage growth. The government’s “jobs and growth” slogan doesn’t sound so great if the jobs involve declines in real wages and still modest per capita GDP growth.

With a lag in statistics, economic data for the new year began with what happened toward the end of 2017. Last week the Australian Bureau of Statistics (ABS) released building approvals data for November 2017 showing that approvals jumped 11.7% for the month to 21,055 on a seasonally adjusted basis. That was almost solely driven by a 30.6% jump in apartments – with the bulk of this coming from Melbourne.

These figures caused many of us to do a double take. Either there are some very lumpy high-rise apartment projects in Melbourne (possible) or there is something odd about the ABS’s seasonal adjustment of the statistics (possible, too, but less likely). Any revisions next month will be revealing.

Australian new motor vehicle sales were more or less as expected, with national sales up 6.7% on the year. Victoria led the charge, with an annual increase of 19.3%, while NSW was essentially flat, recording a 0.2% increase.

Housing finance was up in November, with the total amount rising by 2.3% in seasonally adjusted terms. This was a solid result, with much of it attributable to owner occupier growth of 2.7% (compared to 1.5% for investors).

This reflects the prudent, if rather too late, measures put in place by the Australian Prudential Regulation Authority to curb investor lending. In part, it also reflects the silly first home owner grants reintroduced by state governments relatively recently. As every economist knows (and 50 years of Australian economic history shows) this just inflates housing prices by the amount of the grant, making sellers better off, but not buyers.

The Australian economy begins 2018 exactly where it ended 2017, with a mixture of positive and troubling signs. There is reason to be optimistic, but also reason to be cautious.

A somewhat more leading indicator of trends in the housing market is construction, since it speaks to what new properties will be on the market in coming months. The Australian Industry Group’s widely watched Performance of Construction Index fell sharply, by 4.7 points to 52.8, again in seasonally adjusted terms in December 2017. This is down from the all-time high of 60.5 in July 2017. For these types of indices 50 is the “breakeven” point, so another drop like last month would essentially show construction in reverse gear.

The Australian economy begins 2018 exactly where it ended 2017, with a mixture of positive and troubling signs. There is reason to be optimistic, but also reason to be cautious.

Next week the focus will be more global, as the World Economic Forum meets in Davos to discuss the theme “Creating a Shared Future in a Fractured World”. United States President Donald Trump is expected to speak on the final day. With French President Emmanuel Macron expected to attend, and German Chancellor Angela Merkel looking reasonably likely to make it, there is the potential for some fireworks.

Macron and Merkel could well suggest the US President has done a fair bit of fracturing of the world in his first year in office. And based on my reading of Michael Wolff’s book Fire and Fury, President Trump doesn’t deal too well with criticism.

Meanwhile, it would be remiss of me not to note that one of the key figures in that book, former Trump strategist Steve Bannon, has been subpoenaed by special counsel Robert Mueller to testify before a Grand Jury. Those who have read Fire and Fury know that Bannon reportedly said a lot of things, but a notable one was that only morons lie to a Grand Jury. And say what you will about Bannon, he is no moron.

Trump may end up copping it both at home and abroad next week.

Vital Signs: five economic red flags to watch for in 2018