Opinion Vital signs: living in the past won’t distract from our economic woes

The US economy looks to be improving but Richard Holden warns that Australia is on shaky ground with low interest rates, high household debt and the Aussie dollar on the rise again. 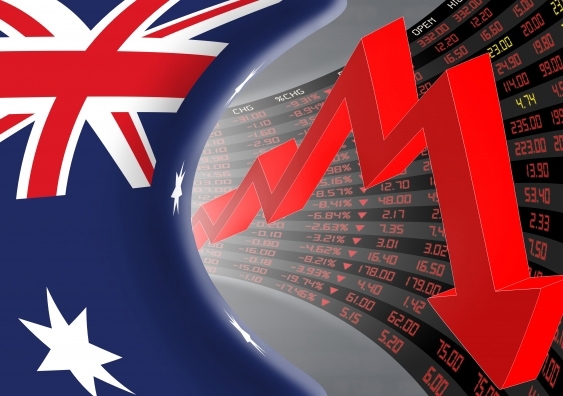 OPINION: Other than the data of the week, the most interesting economic news was the central banking conference in Jackson Hole.

In this column last week I speculated that we wouldn’t hear anything too shocking from Fed Chair Janet Yellen or ECB President Mario Draghi. And we didn’t. But Yellen’s speech did make headlines for two reasons.

First, she offered a full-throated defence of the post-financial crisis regulatory reforms adopted in the United States (so-called “Dodd-Frank”, for the Bill’s co-sponsors Chris Dodd and Barney Frank).

“The balance of research suggests that the core reforms we have put in place have substantially boosted resilience without unduly limiting credit availability or economic growth. But many reforms have been implemented only fairly recently, markets continue to adjust, and research remains limited,” said Yellen. 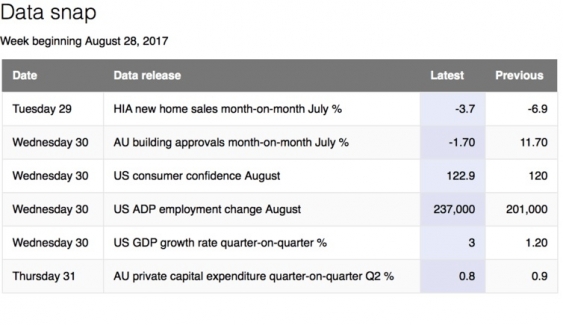 This, of course, is in stark contrast to President Trump’s promises to slash regulation of all kinds. Which bring us to the second reason Yellen’s speech made headlines. It doesn’t look like she is going to be reappointed as Fed Chair when her term expires in February. I will have more to say about that at a later date, and it’s tricky to make predictions about what President Trump is going to do on any matter. But Yellen’s speech did seem to have a strong swansong element.

Meanwhile, the Commerce Department on Wednesday revised second-quarter US GDP growth upward, from an annualised rate of 2.6% to 3.0%. This adds weight to the view that the US economy is recovering to some kind of new normal, and that the Fed’s interest rate tightening cycle will likely continue, if somewhat gingerly.

It was no surprise, then, to see US consumer confidence rise strongly in August. The confidence index rose to 122.9 (compared to estimates of 120.7) from 120 in July. The so-called “present conditions” measure increased to 151.2, up from 145.4, which is the highest level since July 2001. This was prior to Hurricane Harvey devastating Houston, so next month might not be so stellar. Nonetheless, with unemployment and inflation low, interest rates still accommodating and growth returning, there are good reasons for consumers to be a little more upbeat.

Speaking of jobs, the US ADP Research Institute reported that private payrolls rose by 237,000 in August, compared to estimates of 185,000. This represented the biggest gain in five months, and was even higher than the gain of 201,000 jobs in July.

Australia  – it could have been worse

Back in Australia the news may not be so good, with June-quarter GDP figures to be released next Wednesday. Morgan Stanley is forecasting economic growth has slowed to 0.2% in the June quarter. That would put annual growth at 1%, compared to an already shaky 1.7% in the March quarter.

Treasurer Scott Morrison gave a speech in Sydney, pointing to the economic achievements of the past. Anything, basically, to distract attention from the perilous state of the Australian economy.

One of the sectors that has helped bolster the economy – construction – was a mixed bag in July. The ABS announced that total approvals fell by 1.7% to 18,299 (seasonally adjusted). That put the year-on-year decline at 13.9%. Markets expected a drop of 5%, or 16.6% in year-on-year terms.

That’s where we are now with the Australian economy – repeatedly saying “it could have been worse”.

Private capital expenditures released on Thursday were 0.8% quarter-on-quarter, compared to 0.9% previously. Another disappointing  – though not shocking  – result, revealing only modest investment in plants and equipment.

And why would one invest? A suspect economy, expensive energy, a policy vacuum masquerading as climate policy, and question marks about the eligibility of a swath of parliamentarians to hold office don’t exactly inspire confidence.

In sum: the US economy looks to be improving and the Fed may well have navigated a remarkable passage through the wreckage of the financial crisis under Ben Bernanke and Janet Yellen.

The Australian economy looks shaky. We have historically low interest rates, record-breaking and disturbingly high household debt that is backed by housing prices that may or may not be part of a bubble, and the RBA is using one instrument to aim at five or six goals (the Aussie dollar, growth, employment, inflation, house prices and household debt).

Oh, and the assumptions in the federal budget are much rosier than what is playing out. So we have a continued structural deficit problem.

This piece was originally published by The Conversation. Read the original article.