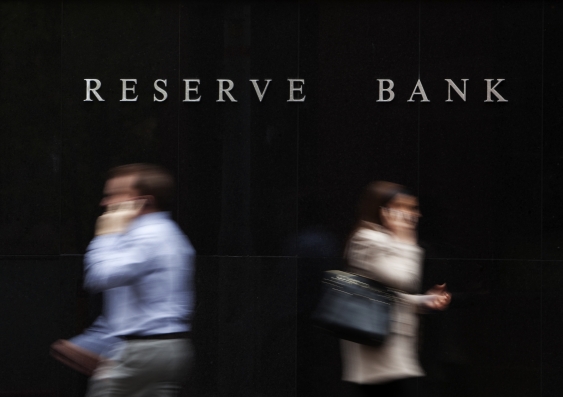 This week Reserve Bank of Australia governor Philip Lowe gave one of the more revealing speeches one is likely to hear from a central banker.

It touched on many of the recurring themes in this column – sluggish wage growth, crazy levels of household debt, persistently low inflation, a long period of low interest rates, and a chunk of the country feeling they are not sharing in national prosperity.

But, most strikingly, Lowe hinted that the RBA’s official interest rate – the cash rate – might not rise until wage growth returns to the long-term trend.

Over recent times, wages growth around the 2% mark has become the norm in Australia. Some time back, the norm was more like 3 to 4%.

He then turned to a range of possible explanations for this sluggish wages growth. A leading factor is that there is still slack in the labour market, with unemployment stubbornly stuck around a relatively high 5.5%. Relative to what? That, of course, is the key question.

Lowe suggested that 5% is the traditional estimate used to gauge full employment in Australia. But it could be lower, noting that:

…in a number of other countries, estimates of the unemployment rate associated with full employment are being revised lower as wage increases remain subdued at low rates of unemployment.

… around one-third of workers work part-time, with most of these people wanting to work part-time for personal reasons [but] around one-quarter would like to work more hours than they do; on average, they are seeking an extra two days a week … This suggests an overall labour underutilisation rate of 8¾%.

Turning to technology, Lowe pointed out that recent technological advances have tended to be in information technology, rather than large new machines. Moreover, a relatively small slice of successful firms in a few sectors of the economy tend to adopt this technology.

Those firms do well – as do their workers. But lagging firms that cannot successfully adopt these technologies get put under pressure. According to Lowe’s thinking, those firms respond by keeping a lid on wages to remain competitive.

All of this has implications for the real value of debt and for consumer spending, As Lowe put it:

Many people who borrowed expected their incomes to grow at something like the old rate rather than the current rate.

The really candid part came when Lowe concluded with what this meant for monetary policy. It is worth quoting him in full:

Any increase in interest rates, however, still looks to be some time away. The [RBA] board will want to have reasonable confidence that inflation is picking up to be consistent with the medium-term target and that slack in the labour market is lessening. At this stage, a sustained pick-up in inflation to around the midpoint of the target range is likely to require faster wages growth than we are currently experiencing. There are reasonable grounds to expect that this increase in wages growth will occur. But, for the reasons I have spoken about today, this increase is likely to be only gradual. Given this, there is not a strong case for a near-term adjustment in monetary policy.

This is a striking statement. First, central bankers are usually intentionally vague about how they make policy. Not so Lowe in this speech. He essentially said there would be no rise in interest rates until wages growth is above 3%. Wow!

My first reaction, after the shock at his candidness wore off, was “that could be a while”. But if that’s how the RBA is really thinking about this, then predictions of no rate rise this year are not only solid, but you can lock in a 1.5% cash rate for 2019, too.

The factors that could boost wages growth enough to get back to historical levels are slow-moving – centred around changes in labour-market policy and technology.

This all contrasts rather starkly with the United States. On Wednesday the United States Federal Reserve raised official interest rates by 25 basis points – the second such bump this year. The Fed also signalled two more hikes this year.

In the US unemployment is down to 3.8% and inflation is picking up. Fed chair Jay Powell needs to raise rates steadily to avoid inflation being too high, as opposed to too low.

I bet Governor Lowe wishes he had that problem to navigate.

Vital Signs: Amazon has lifted its wages, but the implications aren't as good as you might think

Vital signs: When cutting interest rates might not help