Opinion Vital Signs: The power of not being too clear

Counterintuitively, vague incentives to improve performance or behaviour are often stronger than clear ones. 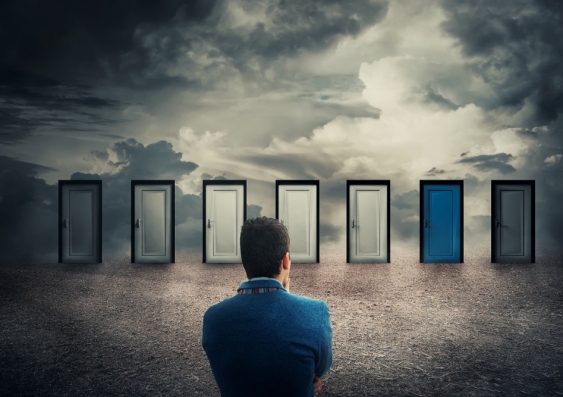 The way to avoid perverse outcomes from offering certain rewards is often to make the incentives harder to understand. Image from Shutterstock

Incentives, in one form or other, are central to our lives.

The Soviet experiment ended in December 1991 because it turned out that when people got paid the same whether they worked hard or slacked off, most people slacked off.

People often work incredibly hard early in their careers to improve their promotion prospects. Parents will to go to extraordinary, sometimes life threatening, lengths to protect their children because of biological incentives. Doctors, nurses, emergency workers, and teachers often go above and beyond the call because of intrinsic motivation.

Without incentives of some kind nothing much happens. As former US treasury secretary Larry Summers once noted, “nobody in the history of the world ever washed a rental car.”

We are bombarded by incentives…

From bonuses for meeting “key performance indicators”, to stock options for executives, to no-claim bonuses on insurance policies, to the threat of the sack for to poor performance, we swim in a sea of incentives.

While carefully designed ones can improve our performance, perhaps dramatically, poorly thought out ones can do the opposite. And, unfortunately, they are all too common.

The problem is, people really do respond to incentives - often in the most literal and destructive ways.

The list of incentive schemes that have gone awry is almost endless. The consequences range from corporate malfeasance, to teachers cheating on behalf of their students, to plagues of rats and snakes.

Anyone who has read or watched “The Big Short” knows the story of how high-powered incentives for mortgage brokers and traders of mortgage-backed securities triggered the global financial crisis.

Closer to home, the Hayne royal commission has shown how incentives in Australia’s financial services sector have led to questionable and sometimes illegal behaviour.

Even where millions of dollars aren’t at stake, incentives can lead to perverse outcomes. Steve Levitt of Freakonomics fame was highly critical of the Obama administration’s “Cash for Clunkers” program that was to buy back old cars at high prices and scrap them in order stimulate new car sales

He warned that as originally designed it would encourage people with younger cars to hold on to them for longer in order to qualify for the high price, holding sales back.

In a similar vein, Pauline Hanson’s proposal to pay welfare recipients 10 cents for each live cane toad they turn over to the authorities would also likely exacerbate the cane toad problem by leading to breeding of toads for the bounty. The same thing happened with cobras in colonial India and with rats in colonial Vietnam. Yuck!

Told their careers depended on their students performing well in tests, some teachers in Pennsylvania famously falsified tests by erasing incorrect answers after the papers had been handed in and replacing them with correct ones in order to lift results.

Incentives work alright, but often in ways we wish they hadn’t.

Oddly, the way to escape perverse outcomes might be to make incentives harder to understand.

…unless the incentives are opaque

In a paper just published in the the RAND Journal of Economics, Florian Ederer of Yale, Margaret Meyer of Oxford and I suggest making incentives less obvious.

Where there are two dimensions of a job that we want incentivised, it can make sense to pay out on only one, but not to say which one.

It’s an approach the British National Health Service stumbled on to after first attempting to incentivise low waiting times and then patient outcomes.

When it announced it was going to reward hospital for lower waiting times, waiting times plunged as patients were reportedly left in ambulances and not “checked in” in order to cut reported waiting times, leading to some appalling outcomes. When they switched to rewarding measured outcomes instead, waiting times soared.

Being vague about what it actually paid on enabled it to get both.

It’s why teachers don’t announce what material is going to be on a final exam ahead of the exam (because otherwise the students would study only that material).

It is why the Productivity Commission in its recommendation that an independent panel select ten “best in show” super funds to be on a list of default funds presented to people entering the workforce stopped short of setting out exactly what the criteria would be.

It’s why Google and Facebook don’t reveal the algorithms they use to rank web sites and keep changing them, a practice about which News Corporation complains in a submission the Australian Competition and Consumer Commission’s digital platforms inquiry.

If Google and Facebook did make clear exactly what they were rewarding throughout high placement in search results (length of time on site, links from other sites, number of hits) the publishers would aim for that at the expense of other things.

We could learn a bit from Google and Facebook. Sometimes it’s best for the people whose good behaviour you are trying to encourage not to know exactly which behaviour you’ll reward.