Much of what we now think is obvious about politics and economics was worked out by Alberto Alesina. 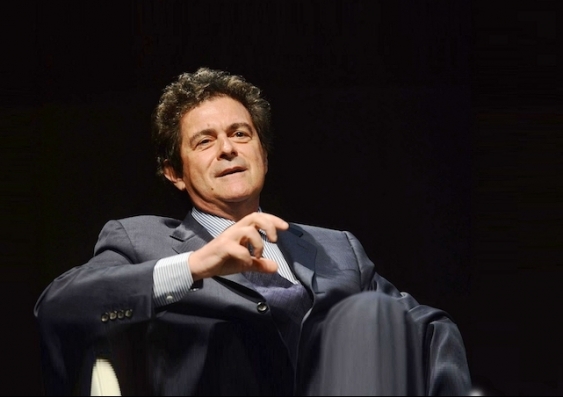 Harvard University’s Alberto Alesina died suddenly of a heart attack on May 23.

His long-time colleague and friend Larry Summers wrote that before him, “there was no academic field of political economy. Today, political economy is an important component of economics and political science.”

That is because of Alberto’s contribution. More distinguished scholars than I – Ed Glaeser, Howard Rosenthal, Stefanie Stantcheva, Paola Giuliano, and Summers – have provided wonderful accounts of his work in recent days.

I had the great privilege of having him on my PhD thesis committee, and counting him as a friend.

The father of political economy

The modern field of political economy views the political process as a critical determinant of economic outcomes.

It might be that political instability threatens economic growth, or that political programs designed to redistribute income or wealth hinder or help growth, depending on their design.

Whatever they do, political processes and institutions have economic consequences, and they can be examined through an economic lens.

An important institutional question he examined was the best way to control inflation.

In a series of papers with multiple coauthors he identified the advantages of an independent central bank.

The median voter in would like to appoint a central banker that cares a lot about inflation, but might also be tempted to remove that central banker because of the short-run (but not long-run) tradeoff between inflation and unemployment.

Central bank independence is the way out. As he and Summers put it

His 2001 paper with Ed Glaeser and Bruce Sacerdote posed a big question in its title: “Why Doesn’t the US Have a European-Style Welfare System?”

The final two sentences of its abstract seem distressingly apposite in light of the current wrenching events in the United States:

Racial animosity in the US makes redistribution to the poor, who are disproportionately black, unappealing to many voters. American political institutions limited the growth of a socialist party, and more generally limited the political power of the poor

Beyond this, his work showed that political party platforms need not converge on to the interests of the median voter – something that might seem obvious now, but was revolutionary in the late 1980s.

His insight was that politicians care about more than being elected. They also care (to some degree) about the policies that are implemented when they are elected. His elegant mathematical model turned the Median Voter Theorem on its head.

The optimal number of nations

It is hard to understate the importance of this body of work, one which no doubt the Nobel Committee would have recognised one day. But for me there is one strand that captures the breadth and creativity of his scholarship.

What is the optimal size and number of nations?

This is breathtaking question that one might suspect is reserved for a statesman such as Bismark rather than a social scientist.

But in a 1997 Quarterly Journal of Economics paper and later a wonderful book with Enrico Spolaore, he provided a politico-economic model of “country formation as a result of a specific trade-off between the benefits of large political jurisdictions and the costs of heterogeneity in large population”.

Larger political entities – the European Union is the prototypical example – are so diverse that it is difficult to reach agreement on any number of matters.

Democracies give us too many

On the other hand, larger countries are better at self insuring against shocks and have bigger markets, with less need to worry about neighbours. Put more technically, governments internalise externalities.

The implications are as far reaching as the question.

Alesina and Spolaore showed that the process of democratisation leads to secessions: we should observe “fewer countries in a nondemocratic world than in a democratic one”, that “the democratic process leads to an inefficiently large number of countries”, and that the equilibrium number “is increasing with the amount of international economic integration”.

He is already missed

Alberto was the epitome of great scholar. He posed deep and important questions central to both politics and the economy. And he showed how those questions could be answered with the mathematical and statistical tools of social science.

Those of us whose lives he touched directly found him to be an inspiration, a supporter, a comfort, and a person of seemingly limitless intellectual and emotional generosity. We miss him already.