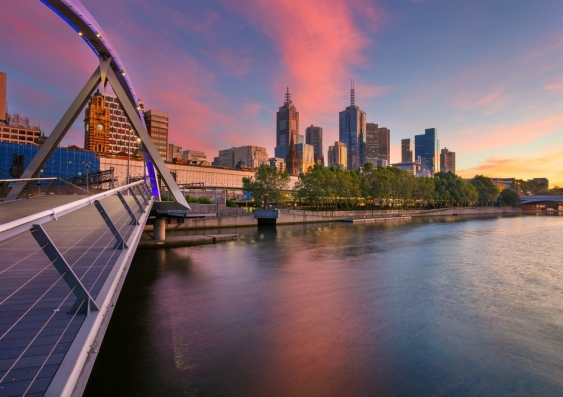 GDP growth was only 0.5% for the June quarter, meaning that in the past year output grew by a feeble 1.4%.

The figures weren’t a surprise, but they do contain a message about what can go wrong.

Credit has to be paid to the economic reforms of the Hawke-Keating era. Labor doesn’t talk about that legacy much these days, but it was a remarkable period of transformation.

From floating the Australian dollar and financial deregulation to the accord with trade unions, tariff reductions, and privatisation of state-owned enterprises, Hawke and Keating opened Australia to the world, and the world to Australia.

Without those reforms the Australian economy would look more like those of Italy, Spain, or Portugal.

And although John Howard was no pushover as a politician, he deserves credit for voting for economic reforms he believed in, even if Labor got the credit for implementing them.

It is worth remembering that there was a time, not so long ago, when politicians put country before party.

We’ve also had some pretty good luck as a country. The most obvious piece of luck has been the economic awakening of China.

To have a billion people on our doorstep rapidly and radically transitioning from subsistence farming to sophisticated manufacturing and commerce, hungry for natural resources, sure helped.

Perhaps less obvious has been the rising importance of globally relevant cities around the world.

In his wonderful book, The Triumph of the City, Harvard economics professor Ed Glaeser chronicles how, as he puts it, “cities magnify humanity’s strengths”.

Modern cities, thanks in part to information technology, spur innovation like never before. They bring talent together, serve as a cradle for entrepreneurship, and provide a vehicle for socioeconomic mobility.

Australia, as a highly urbanised country with two globally relevant cities in Sydney and Melbourne, as well as several other very important cities, has benefited from the triumph of the city more than most countries.

But perhaps the greatest piece of good luck we’ve had was timing.

We now know that we live in a low-growth, low-inflation world, known as a secular-stagnation world. Former US Treasury Secretary Larry Summers says we might have been in one for many years but failed to notice.

But more to the point, as housing and mining waxed and waned – as these things tend to do – one always seemed to be doing well just as the other was struggling, as the following chart shows:

Helpfully out of sync. Growth in mining output and property prices

So, not only have we had a “China boom”, we’ve also had a “China hedge”: a source of economic growth not fully synced with, and at times offsetting, housing booms and busts.

In eulogising his brother Robert, Edward Kennedy quoted from a speech his brother gave in South Africa in 1966, in which he said:

Our future may lie beyond our vision, but it is not completely beyond our control. It is the shaping impulse of America that neither fate nor nature nor the irresistible tides of history, but the work of our own hands, matched to reason and principle, that will determine our destiny.

There is pride in that, even arrogance, but there is also experience and truth. In any event, it is the only way we can live.

We want to believe our national destiny will be shaped by good work, rather than good luck.

For that to be the case, we will need to have some hard discussions about the what government can and should do in the new low growth, low inflation secular-stagnation world.