The dark side of 'financialisation' is well-known. But it's not all bad news. 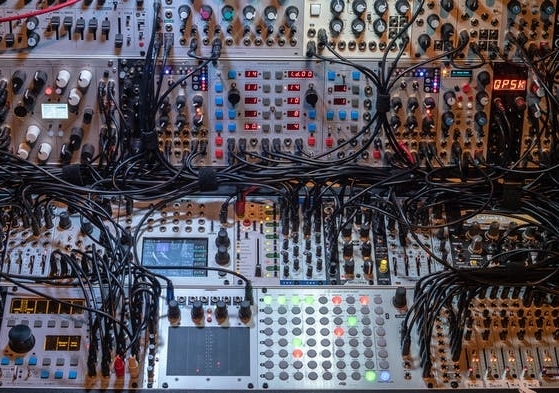 One of the biggest trends in economics over the past 40 years has been so-called “financialisation” – whereby an increasing proportion of GDP in advanced economies comes from the financial sector.

This has involved the development of ever more sophisticated “financial instruments” such as swaps, options and other derivative securities.

The dark side of financialisation

Financialisation’s dark side is known to anyone who has seen the movie The Big Short.

The financial sector went from being “boring” in the 1970s and early 1980s to being a playground for clever, sometimes unscrupulous traders driven by huge incentives and the prospect of paydays in the tens, or hundreds of millions.

Given some of the ugly and venal behaviours we have seen, it is hardly surprising there has been a huge backlash against big banks and hedge funds. Too often these behaviours have brought the global financial system to the brink.

As far back as 1998 a rinky-dink little hedge fund (backed by two Nobel Prize-winning economists, Myron Scholes and Robert Merton, Long-Term Capital Management, believed it had an unbeatable system to play these markets. Instead it turned US$1 billion into US$125 billion of toxic derivatives bets, almost bringing down financial markets around the world.

Then there are the collapses of Bear Stearns and Lehman Brothers due to the subprime mortgage crisis, which precipitated the global financial crisis of 2008.

The bright side of financialisation

But it’s not all bad news. A new paper by MIT economists Felipe Iachan and Alp Simsek with Plamen Nenov at the Norwegian Business School explores the idea that financial innovation can provide investors, small and large, with more choice, with positive results for their savings decisions and investment returns.

Before the advent of mutual funds, it was very hard (and expensive) for small investors to invest in the stock market. The advent of such funds increased stock-market participation in the US from about 10% of households in the 1950s to more than 50% by the end of the 1990s.

In Australia, effective stock-market participation is now even more pervasive due to our superannuation system, whereby almost anyone who has had a full-time job has stock investments.

What does this mean for the amount of savings, and for asset prices?

You might think that increased portfolio choice would decrease savings — and you’d be in good company.

The traditional literature in financial economics predicts just that. The logic is that people save to protect themselves against risks — such as losing their job because the industry in which they are employed is battered by international competition or technological change.

By investing in stocks, they hedge that risk by exposing themselves to other industries and firms. If the industry in which they work turns down their stock market investments might be going up.

As a result of this more efficient saving, households don’t need to do as much saving as if they were holding piles of cash or government bonds. Because those savings aren’t as diversified. So savings should go down and interest rates should go up, all else equal.

But, as the authors of this new paper point out, the evidence is that “while there is a well-known negative trend in saving rates since the 1980s, the trend has been much weaker for participants”.

Put differently, stock-market participants have increased their saving relative to non-participants since the 1980s.

And that’s controlling for wealth, so it’s not about how much people have to invest but in what, and how much, they invest.

They go on to offer a framework in which investors who hold different beliefs about asset returns can express those beliefs more effectively when financial innovation provides them with a greater choice of investment products.

This isn’t just a matter of theory — elegant though the authors’ theory is. The empirical evidence suggests this “choice channel” explains two important facts about investment returns in recent years.

There has been plenty of justified criticism of the financial sector in recent years. Risky and unseemly things have been done, hurting regular folk a great deal.

But we shouldn’t forget new and better financial products can also help small-time investors. Perhaps the leading example is index funds that allow them to hold a diversified portfolio of the whole stock market at very low cost — a fee of, say, 0.05% a year, rather than the 1% commonly paid stock pickers for inferior performance.

This is why the option of a low-cost index fund should be at the heart of Australia’s superannuation system.