Both the US and Australia face a global economy that is in deep, deep trouble, writes Richard Holden. 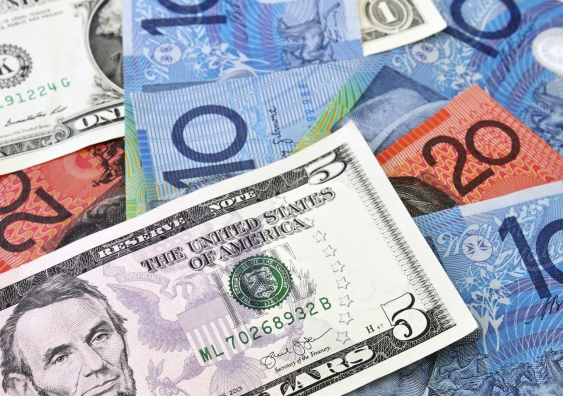 OPINION: The key economic and financial news this week concerned what the US Federal Reserve plans to do this year, and why the Reserve Bank of Australia did what it did last month.

The data reveal two central banks grappling with remarkably similar issues: a domestic economy that is growing below trend but doing “ok”, a labour market which is not terrible but definitely has some slack in it, inflation low enough that monetary policy can be accommodative, and global financial and economic conditions that are really scary.

The RBA released the minutes from last month’s board meeting, which left the cash rate on hold at 2.0%. The minutes revealed the RBA board was still concerned about domestic demand, very nervous about global conditions, and concerned at the recent rise in unemployment (from 5.8% to 6.0%). ABS figures released Thursday had the jobless rate back down to 5.8% but this seemed largely due to people giving up looking for work, and persistent doubts about the quality of the ABS data were voiced by market participants. In other recent news, new car sales were down 0.1% in seasonally adjusted terms in February.

This all led the board to conclude further rate cuts may be necessary, and that low inflation made such a course of action feasible. As the minutes noted:

“Over the period ahead, new information should allow the Board to assess whether the improvement in labour market conditions was continuing and whether the recent financial turbulence presaged weaker global and domestic demand. Members noted that continued low inflation would provide scope to ease monetary policy further, should that be appropriate to lend support to demand.”

The Australian dollar fell nearly 0.8% right after the announcement: markets updated about the likelihood of further rate cuts in the short term.

Meanwhile, in Washington the Fed grappled with the appropriate path of interest rate rises to transition monetary policy away from its unprecedentedly accommodative levels.

A key factor in that decision is inflation, with higher inflation presaging a more deliberate and rapid rise in official interest rates.

The core CPI (which attempts to exclude the most volatile components of the price index) rose 0.3% in February, slightly above the 0.2% markets had expected, taking the annual rate to 2.3%.

Yet Fed Chair Janet Yellen expressed doubts about how “core” the core CPI numbers really were. She said:

“I want to warn that there may be some transitory factors that are influencing that. So I’m wary and haven’t yet concluded that we have seen any significant uptick that will be lasting in, for example, in core inflation.”

This was, of course, consistent with the policy statement the Fed released two days after its meeting. That statement revealed a downward revision in forecasts for growth with GDP expected to grow by 2.2% this year – down 0.2 percentage points than the projection made in December last year. The Fed also forecast fairly sclerotic growth of 2.1% in 2017 and 2.0% in 2018.

The Fed left official rates on hold at the 0.25% to 0.5% range it set in December 2015, and at a press conference after the meeting Janet Yellen warned that “caution is appropriate”.

It now seems there will be two 25 basis point interest rate hikes by the Fed this year, not the four that were foreshadowed late last year.

The Fed statement also pointed to concerns about the US labour market and deep worries about international conditions.

Monetary policy in the US and Australia are coming from somewhat different places – with rates in Australia materially higher than in the US. The RBA is mulling when to cut rates, while the Fed is pondering when to raise them.

But both economies face similar challenges. Unlike most advanced economies, both the US and Australia enacted large stimulus packages in response to the financial crisis. Both economies are crawling back to normality. Labour markets are weaker than hoped for, but domestic conditions are looking somewhat optimistic.

Yet both the US and Australia face a global economy that is in deep, deep trouble. Growth is slowing in China, and the demographic factors that propelled us over the last two decades are turning. Japan remains depressed with negative interest rates even on 10-year bonds. And Europe is a basket case. Austerity policies (thanks Angela Merkel) have made a bad situation worse and, as I noted in this column last week, the ECB is running out of monetary-policy ammunition.

Both the RBA and the Fed basically told us to “stay tuned” as they try and thread a very complicated needle. It will be compulsory viewing to see how they both do.