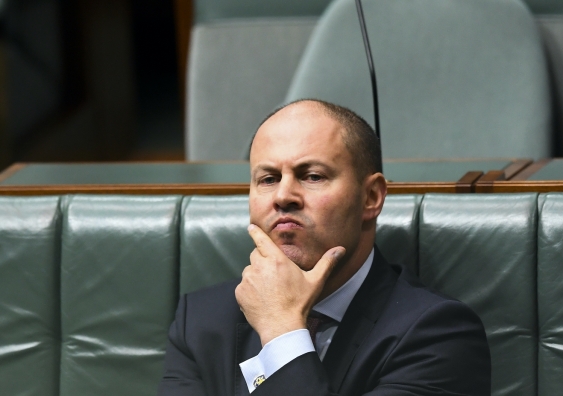 “It’s difficult to make predictions,” the saying goes, “especially about the future.” The many predictions federal budgets make about the economy over the coming four years must therefore be taken with a large grain of salt.

But in the lead-up to the 2021 budget (to be announced by Treasurer Josh Frydenberg on May 11) three notable economic facts, about which no speculation is required, loom large.

Fact No. 1 is the inflation figure for the first quarter of 2021, published by Australian Bureau of Statistics this week.

Using the commonly accepted measure known as the “trimmed mean” – which strips out short-term fluctuations by trimming away the largest upward and downward movements – underlying inflation rose by just 1.1% over the past year. 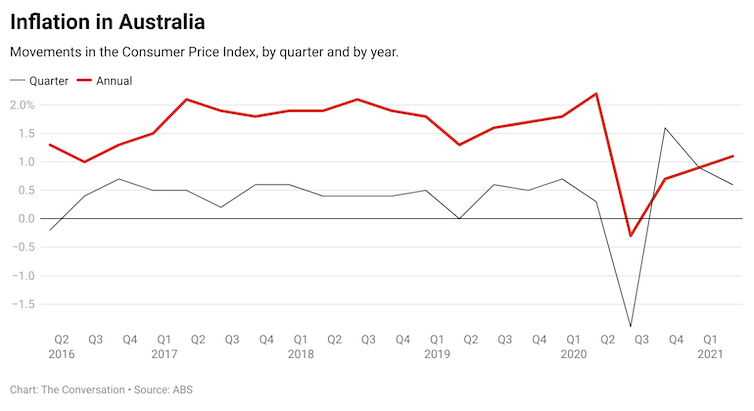 This, as the bureau notes, is “the lowest annual movement on record” for the March quarter.

What this highlights is the absence of significant inflationary pressures in the economy. It validates the Reserve Bank’s view that both aggressive monetary and fiscal stimulus are required to revitalise the economy. The central bank can keep interest rates at historically low levels without triggering a dangerous spike in inflation.

Fact No. 2 concerns the sustainability of government debt levels, which have risen due to Australia’s fiscal response to the pandemic.

The Parliamentary Budget Office published a report on Wednesday noting:

There is no shortage of deficit hawks who find those debt levels alarming, despite them being among the lowest among advanced economies.

But as the PBO points out, the historically low levels of interest rates mean the government is able to borrow cheaply, making these debt levels comfortably sustainable:

Our scenarios for GDP growth, interest rates and the budget balance suggest that the government will be able to maintain a sustainable level of debt relative to GDP over the coming decades. We present 27 different scenarios, showing government debt stabilising or falling beyond the next decade. Debt interest payments also remain manageable.

This means the government can avoid a damaging pullback on spending in this and future budgets. Rather than introducing austerity measures when unemployment is “comfortably below 6%” as Treasurer John Frydenberg previously signalled, it can continue to invest strongly in social and physical infrastructure to increase productivity and help push down unemployment towards 4%.

Frydenberg gave a clear nod to this yesterday when he said:

These are unusual and uncertain times. For these reasons, we remain firmly in the first phase of our economic and fiscal strategy.

This is important for at least three reasons.

First, the RBA has pushed monetary policy to its limits with record low interest rates. So fiscal policy – how the government taxes and spends – is the only available lever to stimulate the economy and reduce unemployment.

Second, the chance to get unemployment down to levels not seen for a sustained period in decades would make a huge difference to the lives of more than 100,000 Australians who would otherwise be unemployed.

Third, both the RBA and Treasury have pointed out than unemployment needs to get below 5%, perhaps lower, to get wages growth moving again.

Read more: Jobs for men have barely grown since the COVID recession. What matters now is what we do about it

Australia exported a record A$14 billion of iron ore in March, according to ABS data. This accounted for a staggering 39% of the nation’s total exports for the month.

That value was due to higher volumes being sold as well as a rising iron ore price – now more than US$190 a tonne. This is a level not seen in a decade. Analysts are tipping it will soon break US$200. 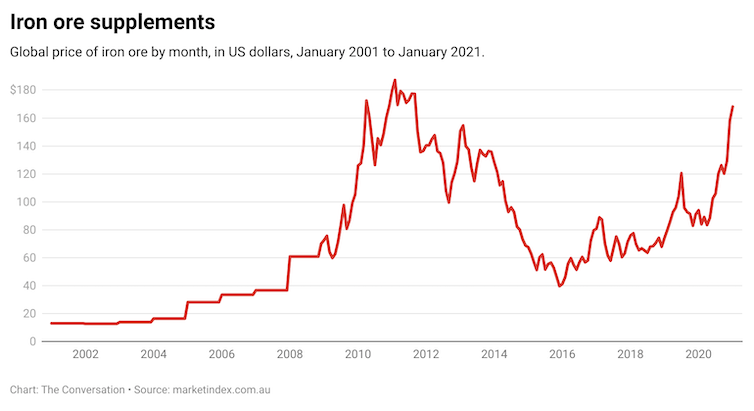 This leads to a big jump in government tax revenues, which gives Frydenberg more scope to spend up big while keeping the deficit to manageable levels.

The May 11 budget is likely to be the last before the next federal election. That’s worth noting. Only a foolhardy treasurer would slash spending just before going to the polls.

But as I and most other mainstream economists have been saying for some time – see a distillation here – continued fiscal support is vital to get economic growth up, unemployment down and real wages moving again.

So the treasurer not only has electoral incentives to do the right economic thing but the economic data to support that move.