Britian is in the midst of a messy divorce with 27 European countries and will need to negotiate all manner of deals from a position of abject weakness, writes Richard Holden. 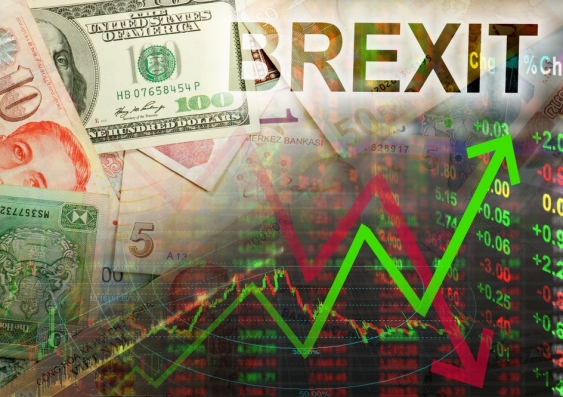 OPINION: The important but minute details of quarterly this and monthly that take a back seat this week to the long-anticipated but seismic events in the United Kingdom.

In light of the politics of the recent past, it is risky to make predictions about what will happy over the coming two years, but it is hard to imagine Britain turning back at this point. It would mean the end of May’s prime ministership, and probably the fall of the government. And Labour leader Jeremy Corbyn is lukewarm (at best) about remaining in the EU.

That leaves Britain needing to negotiate all manner of deals with the EU from a position of abject weakness.

The iron law of bargaining is that you get whatever your outside option is, plus some share of the “gains from trade” that come from reaching an agreement. By virtue of committing to leaving the EU, Britain has significantly weakened its outside option. What will they do if Europe refuses to trade with them?

Now, it is clearly in Europe’s interest to have an ongoing relationship with Britain, so a bloody minded “we won’t deal with you” view does not seem credible. Britain is a big market for Europe, and is important in a range of ways. Germany sells more than three-quarters of a million motor vehicles to Britons every year; London is a major financial hub and its capital markets are very important; and it is a crucial military and foreign intelligence player – probably the most important in Europe.

But there are two things to remember in this regard.

First, everything ends badly – otherwise they wouldn’t end. This is a divorce, and divorces are ugly. People often react emotionally, not rationally. Now a block of 27 countries isn’t an aggrieved spouse arguing about who gets the frequent flyer miles, but it is pretty clear that there is emotion involved. How much will that impinge on rationality? We’re about the find out.

Second, the remaining 27 European countries, to some extent, need to make an example out of Britain. If Britain isn’t punished to some degree then it is a green light to other countries that they can leave the EU and still be treated reasonably well. Or, to put it more starkly, they can shed themselves of the annoying and sovereignty-impinging regulations while still enjoying the benefits of the EU.

That can’t be allowed to happen. And so it won’t.

Britain has something big to lose, as does Europe, but Britain needs to be punished. That all makes for a very complicated series of negotiations with lots of opportunity for bargaining breakdown.

As scary as all that is, the real nightmare scenario is Marine Le Pen being elected President of France. She is currently polling neck-and-neck with – or slightly ahead of – Emmanuel Macron. There will almost surely be a runoff election, which will give French voters time to reflect on the reality of a Le Pen Presidency.

But that reality would almost surely involve a French exit from the EU, and with it the inevitable implosion of the European project. That, right there and right then, would trigger a global economic crisis which would make 2008 look like a hiccup.

I know that sounds all very alarmist. But serious people in serious roles in the United States and Europe are already “war gaming” just this kind of scenario.

Will it happen? Probably not. I hope not. But that’s what many people thought about Brexit itself, and a Trump presidency.

Just before the US Presidential election I wrote that the chance Donald Trump would win was about the same as a professional golfer missing a six foot putt. I hope Emmanuel Macron is a a better putter than Hillary Clinton.

Don’t panic (yet) as UK heads for the Brexit