With 2018 likely to see US and Australian interest rates diverge, Australian investors are on the lookout for nascent signs of inflation, writes Richard Holden. 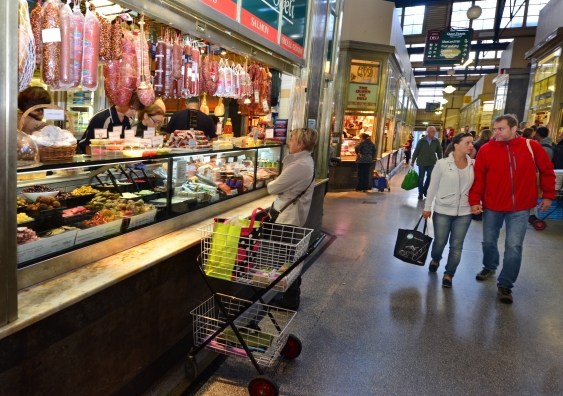 The Australian Bureau of Statistics has changed what goes into its inflation calculation. Photo: Shutterstock

OPINION: It’s not often there are news stories anticipating Australian Bureau of Statistics data a week before it comes out. But Wednesday’s Consumer Price Index was an exception. The data showed a 0.6% rise in the Consumer Price Index for the December quarter, bringing the annual rate up to 1.9% (from 1.8% in the 12 months to September).

This is still below the Reserve Bank of Australia’s target range of 2-3%, but it’s edging closer. Kind of. It was still below what was forecasted.

One reason why market participants follow the Consumer Price Index so closely is the impact it has on the RBA in setting the official cash rate. For the RBA to start raising interest rates would require it to be pretty confident that the disinflationary pressures in the Australian economy have abated.

That still seems unclear, which is why it is a near certainty they will leave the cash rate unchanged at the next board meeting on Tuesday.

Two changes to how the Consumer Price Index is calculated were also introduced. Firstly, the weights that different categories of expenditure receive were tweaked, as they are periodically. This is to make sure that the goods in the “basket” reflect what households are actually spending their money on.

A less routine and more interesting change was to use scanner data from retailers at point-of-sale in calculating the Consumer Price Index. This was spearheaded by the work of my UNSW School of Economics colleague Professor Kevin Fox, who was quoted by the ABS:

I strongly support the ABS decision to implement new CPI methods for the treatment of transactions data… These new methods will enhance the accuracy of the Australian CPI, provide additional analytics and better inform policy formulation.

Scanner data has been used in the Australian CPI since 2014, and makes up about one quarter of the expenditure basket. There were some issues, however, in how that data was incorporated. Roughly speaking the changes involve using all the products available (rather than a sample) and weighting products by their economic importance. A bonus for the cash-strapped ABS is that, as they put it

The use of multilateral methods will require fewer resources in the medium term.

Using more data, and using it better is definitely a good idea. And in the long run it will give us more informative, and reliable inflation figures.

Reserve Bank of Australia data released on Wednesday showed fairly steady credit growth compared to previous months. Housing credit grew at 6.3% for the year to December, as in 2016. Of course, one doesn’t want this to be too high given concerns about property bubbles, not too low given the importance of the housing market to the broader economy.

Meanwhile, in the US, this week marked the final board meeting of outgoing Federal Reserve Chair Janet Yellen. As expected, they left official interest rates unchanged at 1.25-1.50%, issuing this statement.

The Fed continues to be heavily focused on inflation, much like the RBA. The Federal Open Market Committee statement made that point, stating:

Inflation on a 12‑month basis is expected to move up this year and to stabilise around the Committee’s 2% objective over the medium term. Near-term risks to the economic outlook appear roughly balanced, but the Committee is monitoring inflation developments closely.

This is best read as a sign that another rate rise at the March meeting is likely, unless material new information arrives in the interim.