Opinion Vital Signs: where are all the jobs?

The IMF is upbeat about Australia’s growth prospects, as is our central bank, but fear about a housing bubble and a lack of growth in full-time jobs is cause for concern, writes Richard Holden. 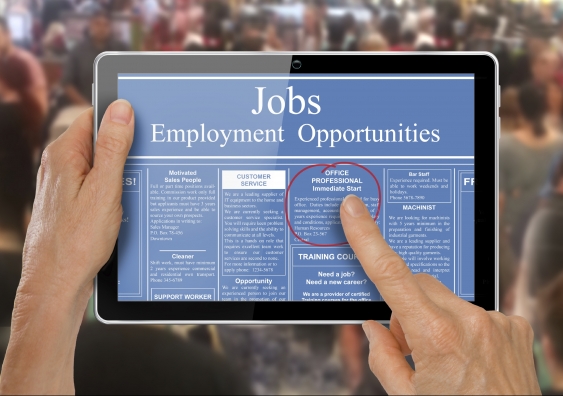 OPINION: Two important observers of the Australian economy – one foreign, one domestic – revealed rather upbeat assessments about economic growth this week.

The minutes from the RBA’s April board meeting were punctuated with positives:

“conditions in the global economy had continued to improve over 2017…GDP growth was expected to be above potential over 2017 in all three major advanced economies… the increase in the US federal funds rate in March had been well anticipated…financial conditions in the United States had eased slightly, including via a depreciation of the US dollar, a decline in corporate bond yields and a rise in equity prices…The European Central Bank (ECB) and the Bank of Japan had both left their policies unchanged in the prior month, while noting that domestic economic activity was improving.”

The Fund forecast Australian economic growth to increase from 2.5% in 2016 to 3.1% this year, and 3.0% in 2018. The IMF also rightly pointed out that the bizarre policy to tax companies of different sizes at different rates was a drain on growth, and that we could enjoy an additional 1% growth for nearly a generation by eliminating that silly distinction.

Yet despite the good vibes about growth, the RBA reiterated its long-held concern about the Australian labour market, noting this month that labour market conditions were “somewhat weaker than had been expected”. And they were already expected to be pretty weak. The RBA concluded that “developments in the labour and housing markets warranted careful monitoring over coming months”.

And therein lies the continued bind for the central bank and the Australian economy generally. It’s good news that growth may be picking up – that will even help tax receipts and hence the budget deficit. Or, to be more accurate, on 9 May the Budget will contain forecasts about nominal GDP growth that are unprecedented based on the last 10 years. But unlike last year when I burst out laughing at the GDP forecasts in the Budget, this year I might just grin.

That growth, along with subdued inflation, might otherwise tempt the RBA to consider a rate cut, or certainly not an increase.

But the RBA is basically freaking out about the housing market. Governor Philip Lowe (rightly) talks about it all the time. Lately the bank has been focused on the proportion of borrowers (one-third, it turns out) who don’t have a month’s mortgage buffer. Yikes! And then there are all those interest-only loans (40-60% of all loans, depending on the time period). There are good reasons to worry about financial stability, as well as housing affordability.

What we really need is a better understanding of what is going on in the labour market. Wages are sluggish, underemployment seems stubbornly high, and there is a continued push to part-time rather than full-time employment. The key question is how connected this is to the protracted period of below-trend growth since the financial crisis. Will the labour market bounce back if growth does?

If the IMF forecasts are right, then we will find out in the next 18 months or so. The IMF model suggests Australian unemployment falling to 5.2% (from the current 5.9% level) in 2017, and to 5.1% in 2018. But that is a pre-2008 model of how the labour market and macroeconomy interrelate. Maybe that’s still the right model, but I wouldn’t bet on it.