Opinion Vital Signs: Why can't Australia be friends with both US and China?

It will take skilled diplomacy for Australia to keep both China and the US happy, but it is important to do so. 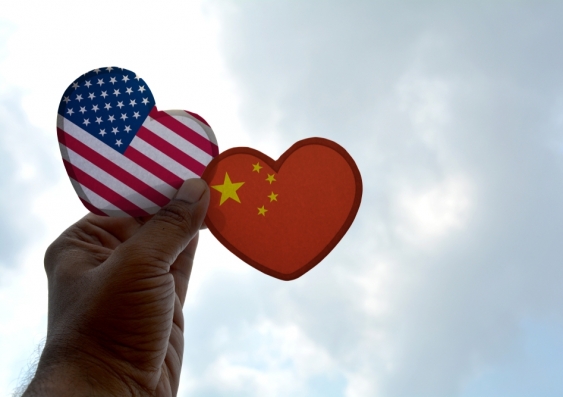 Australia’s prime minister, Scott Morrison, had to walk a series of fine lines in his official visit to the United States this week.

He had to appear supportive of US president Donald Trump without looking like a sycophant. He had to emphasise Australia’s deep bond with the United States without aggravating China.

There are, of course, important matters of international relations and geopolitics involved in how Australia positions itself regarding the interactions between China and the United States.

The economics of it all make it clear Australia had better find a way to stay on the good side of both the US and China.

Two years ago I wrote a report with Jared Mondschein of the United States Studies Centre at the University of Sydney titled Indispensable economic partners: the US-Australia investment relationship.

In that report – launched, incidentally, by then treasurer Scott Morrison – we highlighted that though China is Australia’s largest trading partner, the US is our largest economic partner more broadly.

Australia has always been a capital-thirsty country, and our largest provider of foreign capital now and historically is the United States.

The cumulative value of two-way investment between the US and Australia is about A$1.5 trillion. US investment in Australia, totalling more than A$900 billion, comprises more than a quarter of all foreign investment. It is close to double the investment from second-placed Britain and roughly 10 times that from China.

US ownership of companies operating in Australia is also double that any other other country. US foreign direct investment (defined as owning 10% or more of a business) is responsible for more than 330,000 high-paying jobs (US-affiliated companies pay employees an average of more than A$115,000) and more than A$1 billion a year in research and development spending.

The US has more foreign direct investment into Australia than in all of South America, Africa or the Middle East.

Australians are heavily invested in the US, too. Australian companies from CSL to Atlassian see the US as both a large market and a springboard to the world. As our report highlighted:

That said, China is a crucial trading partner for Australia.

One-quarter of Australia’s exports go to China, which is an important source of high-quality low-cost goods for Australian consumers. Imports and exports both represent about 20% of Gross Domestic Product, and China is a key nation for both.

Furthermore, we might have just scratched the surface in terms of export potential. As the Chinese economy grows, there are big opportunities in agricultural products like Wagyu beef and services like education (already our third-largest export market).

China’s per capita GDP has grown rapidly in the past 30 years but still stands at A$9,600, compared with A$56,000 for Australia. There is a lot more room for growth. As China does so, its middle class will become an even more attractive market. For a relatively low-growth Australian economy, it’s a bright opportunity.

It will take some skilled diplomacy to keep both China and the US happy – particularly at a time when they are not particularly happy with each other. Among other things, it means not taking sides in their trade and currency disputes. There are no winners from that – and kudos to trade minister Simon Birmingham for having said so.

We can also continue to avoid taking a stance on contentious issues like the status of Taiwan.

None of this is easy, but it is terribly important.

Perhaps the ultimate question, to paraphrase a classic 1975 pop song, is: “Why Can’t We Be Friends?”

Perhaps we can be friends with both China and the United States. It would certainly be in our national interest to do so. Perhaps both the US and China can see benefits in our respective bilateral relationships.

On the other hand, the band that had a hit with that 1975 classic was called War. Let’s hope that’s not an omen.