Opinion Vital Signs: Why the government still thinks it can ‘grow away’ the deficit

Some seem to think the RBA is bullish on growth, but reading between the lines it seems to be hedging, writes Richard Holden. 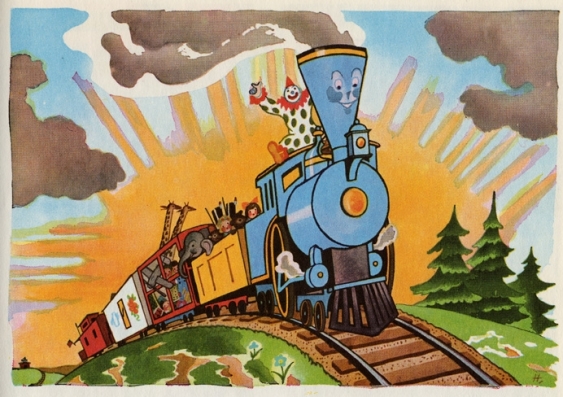 Is the Australian economy ‘the little engine that could’? Roadsidepictures/Flickr, CC BY-NC

OPINION: The Treasurer, Scott Morrison, got a little unexpected positive pre-budget news with upbeat reporting of Tuesdays’s RBA decision to do … nothing. There were headlines like the AFR’s: “RBA bets on global rebound in boost for Scott Morrison”.

The RBA did what absolutely everyone expected it to do and held the cash rate steady at 1.50%. The board then issued an extremely “hedgy” statement that somehow was interpreted in many quarters as kind of bullish on growth. That’s not how I read it.

“There has been a broad-based pick-up in the global economy since last year. Labour markets have tightened further in many countries and forecasts for global growth have been revised up. Above-trend growth is expected in a number of advanced economies…”

OK, so far, kinda bullish. The rest of that lest sentence was completed with “…although uncertainties remain”.

From there we heard that commodity prices have gone up, boosting Australia’s terms of trade, “although some reversal of this is occurring”.

Now for the Morrison-boosting forecast:

“The Bank’s forecasts for the Australian economy are little changed. Growth is expected to increase gradually over the next couple of years to a little above 3 per cent.”

So, no new news. And maybe in 24 months, GDP growth could be back near trend levels. At every turn there was cautious language. Regarding the labour market the RBA said: “The unemployment rate is expected to decline gradually over time.” I suppose that’s kind of good news. But then: “Wage growth remains slow and this is likely to remain the case for a while yet.”

Notice also how much of the potentially positive news is to happen in the future, not actually happening now. Growth might increase “over the next couple of years”. On inflation, Governor Philip Lowe said: “A gradual further increase in underlying inflation is expected as the economy strengthens”. And on financial stability in the housing sector: “The recently announced supervisory measures should help address the risks associated with high and rising levels of indebtedness”.

Perhaps the Australian economy really is “the little engine that could”, because that statement by Lowe sounds a lot like him interpreting an economy whispering “I think I can, I think I can,…”

Yet how this all turns out is terribly consequential. All signs point to a budget that will aim to “grow away” the deficit rather than restrain spending.

If the RBA forecasts on real GDP growth and inflation pan out, then the final two years of the forward estimates period of the budget could witness nominal GDP growth rates with a 5 in front them. You can bet the budget papers will assume that, anyway.

If the RBA forecasts don’t pan out, and the budget is soft on both revenue measures and spending restraint, then brace yourself for a budget deficit of historic proportions in dollar terms. And forget about Australia’s AAA credit rating.

Tuesday will bring us more clarity on policy and politics. But the real information will come over the coming 24 months or so. If the RBA’s bullish side is right, then Australia will have navigated a transition away from the mining boom relatively well.

If the RBA’s bearish side is right, then low growth really will be the new normal, the structural budget deficit will have expanded even further, and all the fiscal choices will be tough.

A field guide to the 2015 Federal Budget