Opinion Vital Signs: Why governments get addicted to smoking, gambling and other vices

Governments are addicted to tax revenue from harmful activities. It is stopping them from doing what is in society's best interests. 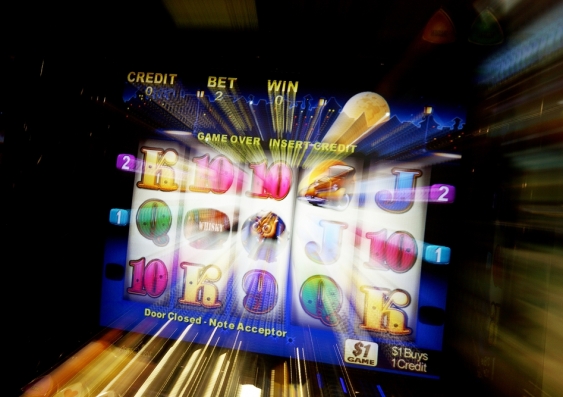 Taxing harmful behaviour like gambling and smoking have become too lucrative for governments to turn away from. Image from Shutterstock

We’ve known about smoking’s health risks for half a century — at least since the landmark 1964 report by US Surgeon General Luther Terry.

But it turns out it is not just smokers addicted to nicotine. So is the Australian government.

This year’s budget predicts revenue from the tobacco tax at a staggering A$17.4 billion. That’s a lot of money compared to the expected surplus of A$7.1 billion. It’s more than the A$12.3 billion from diesel fuel, A$6.4 billion from petrol tax, and the roughly A$6 billion from alcoholic beverages.

Part of the reason governments tax things is the same reason Slick Willie Sutton said he robbed banks: “Because that’s where the money is.” But the better reason to tax tobacco, pokies and the like is these activities have costs to society.

People who smoke impose costs – or externalities – on the rest of us. Second-hand smoke is both unpleasant and harmful. The health effects of smoking like heart and lung disease, and cancer, are borne by the taxpayer thanks to our universal health-care system. Smoking sets a bad example for kids, and so on.

When a behaviour is enjoyable but harms society, most economists think it better to tax it instead of banning it. This is why we favour congestion taxes and “sugar” taxes, rather than banning private cars in city centres or outlawing soft drinks.

So-called “Pigouvian taxes” – named after British economist Arthur Pigou, who first proposed the idea – are intended to make those responsible for negative externalities pay for them. Ideally the tax will even motivate to change their behaviour.

When tobacco is taxed, smokers are forced to balance their personal enjoyment with the harm they’re creating for others. Public health experts point to tobacco taxes as one of the reasons we’ve seen a huge drop in the number of smokers.

But what happens when a government becomes reliant on a Pigouvian tax because it gets so much revenue from it?

Federal treasurer Josh Fydenberg’s boast of being “back in the black” has a rather dark irony to it. The 2019-20 forecast budget surplus was made possible by the blackening lungs of Australia’s 2.5 million smokers.

This puts the government in a difficult position.

The whole idea of a Pigouvian tax is to reduce the amount of an activity — in this case smoking. But the government needs these 2.5 million smokers puffing away to fund basic services.

As was wryly noted on the BBC comedy Yes Prime Minister, smokers are “national benefactors”. With an average annual tobacco tax contribution of nearly A$7,000 per Australian smoker, it’s not hard to see why.

A clip from the Yes Prime Minister episode ‘The Smoke Screen’.

This kind of revenue addiction is not unique to tobacco or the federal government. The New South Wales government gets 8.4% of its total revenue from gambling taxes. Poker machines alone account for 5.3% of NSW government revenue. Victoria is not much better, with 4.6% of government revenue coming from pokies.

No wonder, then, that actions taken by the NSW government in the name of curbing the harms of poker machines have been criticised as ineffective. Why would we expect the government to cut off its cash cow?

It is worth comparing the A$17.4 billion in revenue that goes straight into federal government coffers from tobacco tax with the potential use of a Pigouvian tax to curb greenhouse gas emissions.

My colleague Rosalind Dixon and I have proposed the Australian Carbon Dividend Plan (ACDP) – which would impose a tax of A$50 on every tonne of carbon emitted. This would raise A$21 billion a year at current emissions levels. That money would be returned to voting-age citizens, leaving the average household A$585 a year better off, and low-income households more than A$1,300 a year ahead.

At first glance these two Pigouvian taxes look similar. But the tobacco tax does relatively little to deter smoking because nicotine is addictive.

The carbon dividend imposes a similar tax burden, but would be a meaningful step in addressing climate change. Importantly, it would return all the tax proceeds to households rather than propping up the budget.

By giving the proceeds directly to citizens, the Gordian knot that binds a government to the revenue from harmful behaviour is cut.

This preserves the magic of a Pigouvian tax, without the government being conflicted.

The same thing could be done with tobacco tax – to ensure the government doesn’t have nicotine on its hands.

I don’t mind that Pigouvian taxes might generate a lot of revenue that can be put to good use. But when the government gets so much revenue from one or two such taxes, it creates a conflict of interest.

That conflict can mean the government doesn’t pursue public health campaigns around smoking as vigorously as it should, or goes soft on regulating poker machines.

Vital Signs: The man who can and will cut rates if needed during the election campaign