Opinion Vital Signs: Why it's the right time to clamp down on negative gearing

The best time to shut down negative gearing is when few people are taking it up. That time could well be now. 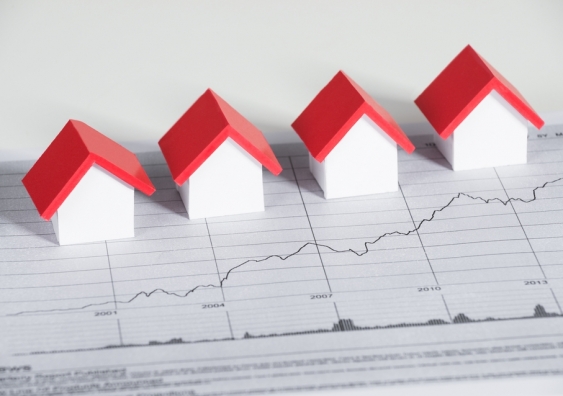 Negative gearing makes it hard for renters to become home owners. There is a strong view that now would be a pain-free time to wind it back. Image from Shutterstock

When I wrote a report for the McKell Institute about negative gearing, Switching Gears, in 2015, Australia had a housing affordability crisis and negative gearing was costing the budget A$4 billion per year.

Three years on, Australia still has a housing affordability crisis, and negative gearing is costing the budget A$5.5 billion per year.

Bank then, more than half of the money lent for housing (an unprecedented 55%) went to investors rather than people buying homes to live in. Only one in seven loans went to first home borrowers, down from one in five a few years earlier.

Since then the Australian Prudential Regulation Authority has leaned on the banks to wind back investment loans (they are down to a still-high 42%), and loans to first home buyers are back up to nearer one in five.

It’s not yet clear how the changes will stick. Loans to investors have just started to creep back.

But negative gearing is still costing the budget billions, and its worst effects are being contained only by threatening the banks and by the (possibly temporary) easing in house prices.

How to clamp down

My preferred option (scenario 4) would have outlawed negative gearing except for “grandfathered” existing negatively-geared properties, and for newly constructed dwellings.

Even where outlawed, people could continue to claim a investment losses against investment income, just not against their salary.

It would also deliver a boost to the budget bottom line of more than A$30 billion over ten years, and assist financial stability by cutting the proportion of the housing market in the hands of footloose investors.

At that time even the then treasurer Scott Morrision wanted to target “excesses”.

More than 120,000 people have three or more leveraged investment properties. Staggeringly, more than 20,000 have six or more.

The Reserve Bank of Australia thinks it puts the financial system at risk, noting that “investors with multiple properties have likely contributed to higher risk”.

The Treasury found the sort of changes Labor and I were proposing would have only a “relatively modest” effect on home prices, instead of the “sledgehammer” alleged by Morrision and the then prime minister Malcolm Turnbull.

What negative gearing is

First, you invest in a property and get less income from it in rent than the cost of the investment (such as the interest on the loan and the cost of maintaining the property).

Second, you use that loss on the property to offset your income from unrelated streams such as wages or salary, thereby cutting your tax bill.

It’s this second part that is peculiar, and where Australia is out of step with most countries, including the United States, Canada and the UK.

The tax deductions impose a big hit on the federal budget, now costing more than A$5.5 billion per year. The Treasury says that more than half of that A$5.5 billion goes to families in the top 20% of the income distribution.

Here’s how it locks genuine (residential) buyers out of the market.

An investor who fronts up at a typical Saturday auction faces the prospect of the federal government paying roughly half of his or her interest bill, given the top marginal tax rate and medicare levy. 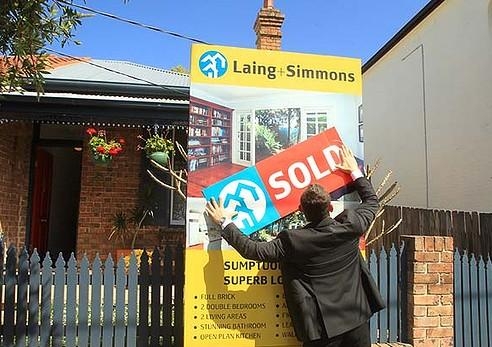 An owner occupier, in contrast, gets no help. Even if they have the same deposit saved and earn the same income as the investor, they can afford to borrow much less – perhaps just half as much.

They get outbid. Sometimes they end up renting from negatively gearing investors who elbowed residential buyers such as themselves out of the way.

Crimping it would level the playing field

My McKell plan levels the playing field right away. The day after the policy is enacted, owner occupiers and investors have the same firepower at auction.

But existing investors – those who already have negatively geared properties – would be able to keep those tax breaks until their loans were paid off.

It would mean a smooth transition away from negative gearing, rather than an abrupt change. It would also respect the investment choices that had been made in good faith under existing policy settings.

It’s hard to find a credible economist – or even a non-credible one – who doesn’t think that negative gearing should be reformed.

There has been a consistent call for reforms from leading voices like Saul Eslake and Chris Richardson.

Even the then-sensible Malcolm Turnbull said in 2005 that Australia’s rules on negative gearing were “very generous” compared to those of other countries. He said it was a form of tax avoidance. Quite so.

Of course, with another federal election coming up, Treasurer Josh Frydenberg has run a the same predictable scare campaign about Labor’s negative-gearing policy as last time.

This time he says “Labor’s policy will make sure people who own their home will see the value of their home be less and fall, and if they rent their home, their rent will go up.”

His claim is dubious at best.

House prices have fallen 12% in Darwin in the past year, but risen 19% in Hobart, none of it due to negative gearing.

Because negative gearing would still be available for new construction under Labor’s plan (and mine), it would add to the supply of new homes and push down rents.

Also, as existing renters who want to purchase find they are able to, they will be move from being renters to owners, cutting the demand for places to rent and also putting downward pressure on rents.

Now is the time

Negative gearing is a costly and peculiar provision of the Australian tax code – one that creates both intergenerational inequality and financial instability.

It was long overdue for reform in 2015, and the case has strengthened since.

The best time to crimp it is when the heat has already been taken out of housing prices and relatively few investors are rushing in anyway.

Opponents of reform need to explain why they would want to continue to spend A$5.5 billion per year encouraging yet another wave of negatively geared property speculation which would lock still more young people out of the dream when the market picks up.