Western Australia’s Senate election re-run shows once again the need to reform the process by which senators are chosen, writes George Williams. 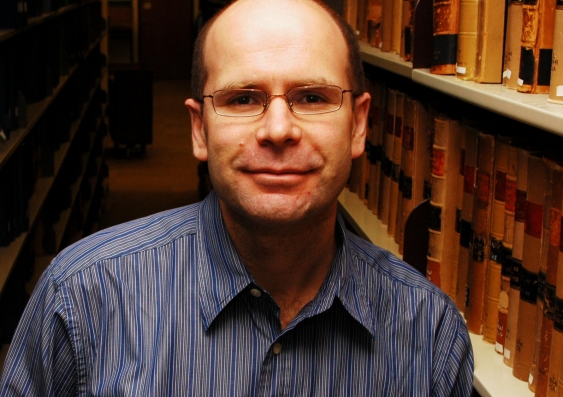 OPINION: Western Australia’s Senate election re-run shows once again the need to reform the process by which senators are chosen. The poll attracted a record number of candidates, 77, up from 62 last year, and a smorgasbord of micro parties.

The fact that micro parties take part is not itself the problem. A democratic system should enable new forces to emerge to challenge incumbents and foster the creation of parties as an expression of grassroots political activism.

The problem is that many of these parties do not reflect sound democratic principle but a broken electoral system. Micro parties have cracked the Senate electoral process in a way that enables them to win a seat despite receiving an infinitesimal level of public support.

The current system is based on three factors that, when combined, open the door to exploitation. First, voters can make the full extent of their preferences known only by numbering every box next to every candidate. Filling in 77 boxes in the WA poll, or 110 in NSW last year, requires a commitment beyond almost every voter. A small numbering mistake can also render the whole ballot informal.

Second, voters can avoid numbering every box if they place a No. 1 above the line for a single party. However, if they do this, that party gets to determine how the voter’s preferences are allocated. More than 95 per cent of voters choose this method.

Third, how parties distribute voters’ preferences is subject to manipulation and confusion. Voters usually have no idea where their preferences will be allocated. Deals between parties, often of diametrically opposed interests, mean that a voter can give their first choice to one party only to find that their preferences elect someone from another party that they never wished to support.

Which micro party actually wins comes down to chance, as it depends upon unknowable factors such as slight differences between the votes for the parties and the order in which they are excluded from the ballot. The contest is akin to a lottery in which candidates pay a $2000 Senate deposit to enter. The odds are good enough, and the power and perks of being a senator so great that it is one of the best bets in town.

As last year’s general election showed, Senate seats can be won by micro parties that have received no public scrutiny and which may have few, if any, policies. Indeed, the party may be no more than a front for other interests. Nevertheless, the winning candidate joins the small group of people who hold the balance of power in the Senate, and so have a casting vote on government policy.

There is a simple legal fix to this problem. The most obvious option is to give voters, and not parties, control over the flow of preferences. Voters should be allowed to express a preference not only for their first party of choice, but between all parties. Or, they could be given an optional preferential vote whereby they cast a vote only for those candidates they wish to support.

Another option is to eliminate parties and candidates from the count that have failed to achieve a minimum number of first-preference votes. Their preferences would then be immediately distributed elsewhere. A threshold of 4 per cent of first-preference votes could be an appropriate minimum as the law already requires this level of support for parties to receive public funding and for a candidate to have their deposit returned.

The law may be straightforward, but the politics will pose a formidable challenge. This is because the Abbott government will, from July 1, need the support of senators representing micro parties.

Their vote is essential to the government’s plan to repeal the mining and carbon taxes. If the Prime Minister alienates this group by removing any prospect that they will be re-elected, he may find these and other policies frustrated, and the Senate a very hostile environment.

On the other hand, a modest, sensible change is likely to win the support of Labor, and so have the numbers to be passed in the Senate. The self-interest of both major parties dictates reform. Without it, they will find that the task of governing gets much harder, and that their representation in the Senate continues to diminish.

The opinion piece first ran in the Sydney Morning Herald.

Support for fixed-term elections a catalyst for action