International students who are still subject to wage theft and sexual harassment can report their challenges in a new survey. 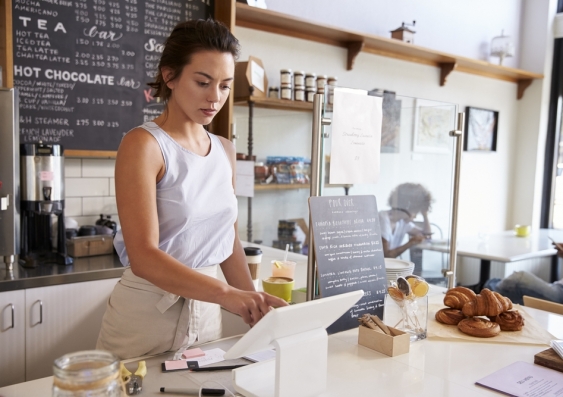 The researchers say their findings highlight the urgent need for deep reforms to labour enforcement to seriously disrupt wage theft in Australia.

This is despite efforts from the Fair Work Ombudsman (FWO) to improve conditions over the past three years, and the government’s introduction of stronger penalties against employers.

“Our findings show that tinkering around the edges of the problem is having little effect,” says A/Prof. Farbenblum. “Wage theft is endemic for migrant workers and indeed many Australian workers in certain industries. To seriously disrupt wage theft in Australia, we need urgent reforms to labour enforcement and student visa conditions, as well as a new wage recovery tribunal.”

The report, based on a nationwide survey conducted in 2019, also found students experienced other issues at work, including sexual harassment, accidents and injuries, being required to work very long hours, and termination of employment if they complained to their employer.

“They suffered in silence, often because of visa concerns or fear of job loss. Our findings confirm many who complained were in fact sacked. Their visa concerns are also valid – there’s nothing to stop the labour regulator sharing information with immigration authorities if a student has worked more hours than her visa allows.

“Employers exploit students’ immigration vulnerability knowing they won't complain for fear of being reported to the Immigration Department.”

The report also evaluated international students’ knowledge of their work rights and the prevalence of common misperceptions that may contribute to their acceptance of underpaid work.

“However, we found the overwhelming majority knew they were being underpaid, but believed it was somehow their fault, and that they had broken the law by accepting below minimum wages.

“We did, however, find some gaps in students’ knowledge that can be addressed. These include a lack of familiarity with casual loadings, penalty rates and other entitlements, and their eligibility to claim the tax-free threshold.”

Underpayment was reported by a greater proportion of those with self-reported poor or fair English (91 per cent, compared with 68 per cent of those with good or very good English) but was not confined to this cohort.

“Surprisingly, wage theft wasn't linked to students’ level of education or the program they were studying,” A/Prof. Berg says.

“Exploitation was as common among masters students as it was among English language students. And very low wages were most common among bachelors students. Clearly this is about enforcement of labour law for vulnerable foreigners rather than about the particular characteristics of some international students.”

The experience of international students during COVID-19

Since the survey was undertaken, social-distancing measures related to COVID-19 have caused many international students to lose their casual jobs. Their exclusion from JobKeeper and JobSeeker assistance meant many were left with no income to meet their basic living expenses.

“The COVID-19 shutdown has created a humanitarian crisis among international students and other migrant workers in Australia. Many have been unable to pay their rent and joined foodbank queues,” A/Prof. Farbenblum says.

“With the easing of restrictions, international students will likely be even more vulnerable to exploitation due to their highly precarious financial status and desperation for work in the tightly constrained labour market.

“Nobody has documented the extent of this crisis so this week we launch a nationwide survey of temporary migrants in Australia to do just this.”

The new survey – with results set to be published in late 2020 – will gauge levels of financial insecurity, workplace exploitation and homelessness among international students and other temporary migrants who have remained here during the pandemic.

“The government cannot treat international students and their labour as a utilitarian commodity. During COVID-19, many international students were essential workers in aged care, supermarkets, food delivery and cleaning, keeping Australians safe, fed and cared for. Yet the government turned its back on those who lost jobs and has failed to seriously address exploitation among those who are working,” A/Prof. Berg says.

“As businesses reopen, it is more critical than ever that the government develops robust evidence-based interventions to prevent and redress exploitation of international students and other vulnerable workers.”

The report forms part of the Information for Impact project, funded by StudyNSW, to better understand the problems international students encounter in work and housing, and to determine key interventions.

The Temporary Migrant COVID Impact Survey is open until 20 July 2020 to anyone who was in Australia on a temporary visa on 1 March.