Opinion Was Clive Palmer a ‘shadow’ director of Queensland Nickel?

The issue of whether Clive Palmer can be defined as a 'shadow' director in Queensland Nickel is important because it goes to his personal liability for the debts arising from trading while insolvent, writes Anil Hargovan. 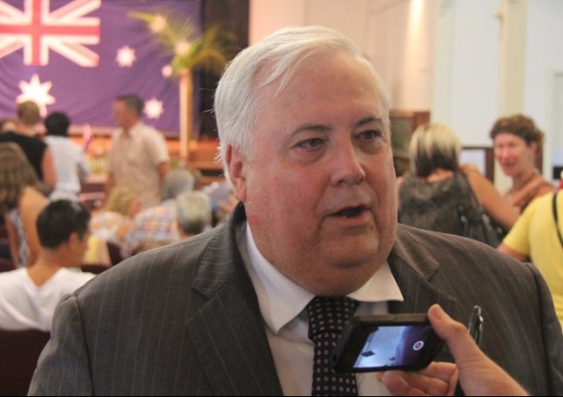 OPINION: As Clive Palmer disputes his involvement in recent money-making decisions of Queensland Nickel, the administrators of the business have released a report which implicates Palmer as a “shadow” director.

The report, which recommends the business be placed in liquidation, asserts that directors in the company may have contravened sections of the Corporations Act and the report has been referred to the Australian Securities and Investment Commission (ASIC), with the possibility Palmer may have committed criminal offences.

The issue of whether Palmer can be defined as a 'shadow' director in Queensland Nickel is important as it goes to his personal liability for the debts arising from trading while insolvent. Administrators state in the report Queensland Nickel became insolvent on November 29 and remained that way until their appointment in January this year. Sacked staff are owed A$73.9 million while unsecured creditors are owed A$151.2 million and party related creditors A$546 million.

Palmer has strenuously denied he was a director in the company, although he has admitted to being part of a committee that approved expenditures. He has also admitted to the use of email alias when communicating with the company, but denied it was used to disguise his involvement with Queensland Nickel.

In the eyes of the law, there is no difference between a director formally appointed, shadow director and a de facto director. A company director, whether formally appointed or not, has the duty to act in good faith; in the best interests of the company; to exercise care and diligence; and to avoid all conflicts of interests.

Australia’s insolvent trading laws, applicable to directors (including de facto or shadow directors), are widely regarded as one of the most stringent in the world. As part of the deterrence regime, directors may incur civil or criminal liability.

Directors are potentially liable to a fine, a disqualification order leading to being banned from management and compensation orders for corporate loss. Criminal proceedings are reserved for offences linked to fraud and dishonesty and may lead to prison terms for up to five years.

So the stakes are high and it hinges upon the basic, but fundamental question – who is a company director?

The term “director” is defined under section 9 of the Corporations Act which defines a director as a person who:

Thus, a person may be a director even without any appointment to that position. The reason for such an expansive definition was given in the case of Grimaldi v Chameleon Mining NL:

“…contrived so as to enlarge the classes of persons concerned in the management and affairs of a company, upon whom legislative standards and liabilities ought to be imposed.”

So the net for potential liability as a director is deliberately cast very wide.

In unlocking the definition of director, the Court in the Grimaldi case held that the definition applies as much to a person who is a true usurper of the functions of a director in a company.

By law, when considering whether someone is a director, the court considers whether the person has been acting in a role (or roles) within the company and performing functions that would usually be performed by a director of that company given its circumstances. It takes into account that the roles and functions performed will vary with the commercial context, operations and governance structure of the company.

This means the way in which Palmer ran his operations at Queensland Nickel may determine whether or not he is defined as a shadow director. The law shows that the critical focus in the case of Clive Palmer and Queensland Nickel is likely to be on his conduct in the company, not his title.

For a court to conclude that Clive Palmer’s involvement in Queensland Nickel falls within the following description of shadow director, it will have to show that:

“He [or she] lurks in the shadows, sheltering behind others who, he [or she] claims, are the only directors of the company to the exclusion of himself [or herself].”

If the evidence shows that an outside person, such as Clive Palmer, called the shots at Queensland Nickel and that management was accustomed to acting to his instructions and will, the court is more likely to decide he was a shadow director. Judicial precedent shows that there must be a causal connection between the instructions or the wish of the shadow director and others acting on it.

Anil Hargovan is Associate Professor in the School of Taxation and Business Law, UNSW.

Trust, empathy and other underrated traits for successful leadership