Opinion We’re flying into an aviation skills crisis, with safety under the radar

With intense competition placing pressure on the world’s airlines to keep pushing down operating costs, maintenance is an obvious first resort for cost-saving, write Doug Fraser and Ian Hampson. 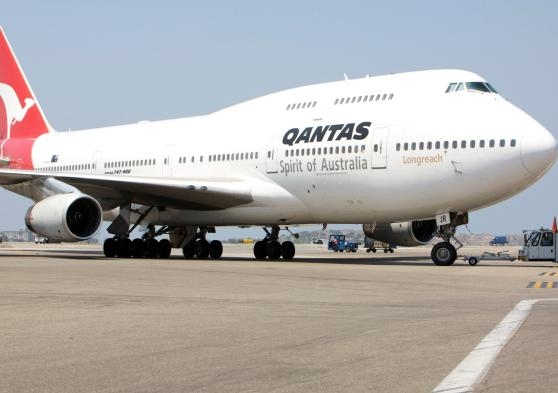 OPINION: At a recent Senate Committee inquiry into the future of Qantas, both major airlines deflected concerns about the quality and safety of offshored maintenance with assurances that the facilities are safe because Australia’s safety regulator, the Civil Aviation Safety Authority (CASA), approved them.

Yet at precisely the same time another inquiry in which the effectiveness of CASA was central – the Aviation Safety Regulation Review – was being run out of the deputy prime minister’s office.

The inquiry was scheduled to report by the end of May. It now seems likely that given the difficulty and importance of the issues and the intensity of some of the industry submissions, the review will take longer. In an unusual move, the government has not made the 270-odd submissions available to the public.

Air travel, at least on the main intercity and international routes, is statistically the safest means of transport. Fatal crashes occur so rarely today, when set against the millions of passenger-kilometres flown every week, that the probability of any given flight ending in deaths is too small to be calculated by normal statistical techniques.

But the deadly runway crash of Asiana Airlines last year is a reminder to all of us – carriers and regulators included – that we cannot afford to take the safety of flying for granted. Accidents still do happen, and passenger safety is still not guaranteed even if there have been no recent crashes. Indeed, a long period without a serious incident can increase the risk of safety buffers being eroded by cost-cutting and complacency.

The International Air Transport Association (IATA) recently released its Safety Report for 2013 showing that across the world, 210 people lost their lives last year in 16 fatal accidents (not including hijackings or sabotage) involving commercial passenger or cargo flights. The average for the last five years was much higher at 517. While none of these accidents occurred in Australia, private and small-scale commercial flying here results in the loss of around a dozen lives in an average year.

A significant proportion of accidents result from errors or omissions in aircraft maintenance. According to the IATA statistics, maintenance “events” (i.e. specific operations that were done wrongly, or not done when required) contributed to 10% of the 432 accidents investigated between 2009 and 2013, while 29% involved some kind of aircraft malfunction. In other cases, shoddy maintenance procedures were identified as a “latent” factor contributing to the outcome.

In a time when intense competition is placing pressure on the world’s airlines to keep pushing down their operating costs, maintenance has been an obvious first resort for cost-saving, since unlike many other measures, it remains invisible to the passenger unless severely neglected.

Our research into the aircraft maintenance industry in Australia has exposed two key structural developments, both products of the increasingly cost-driven nature of the industry, which threaten to undo much of the progress made so far.

The first involves the worldwide trend to redefine the status of maintenance from part of the core business of running an airline to a standalone activity carried out by independent maintenance, repair and overhaul (MRO) firms. MRO is now a global industry, with hundreds of new businesses springing up every year in all parts of the world.

Most of these businesses undoubtedly provide quality service. But some, located in low-wage countries (including places like Latin America and the former Soviet republics which are still statistically the world’s most dangerous regions in which to fly) compete primarily on labour costs, often complemented by “light touch” regulation. They mainly do labour-intensive heavy maintenance, which is crucial for ensuring that aircraft structures remain free of cracks and corrosion.

The disastrous early US experience with such providers has left continuing question marks over this part of the industry. Even today, it is hard for airlines as customers to sort the good from the bad, among a rapidly expanding offering, without guidance from regulators. Indeed, Congress has forbidden US airlines to use “uncertificated” shops, and forced the FAA to upgrade its safety oversight of offshored maintenance.

By contrast CASA, leaving aside the occasional Senate inquiry, has largely enjoyed freedom from political pressure. But the shift to offshored maintenance has not been matched by a corresponding increase in resources allocated to safety oversight. Rather, there is a trend to accepting approvals from other countries’ regulatory authorities – in contrast to the more robust approach taken by the US.

There is also a growing tendency, in the words of IATA, to put “too much effort… into oversight of the documentation trail, rather than the work being physically performed on the aircraft”. Our research informants point to problems observed in some offshore MROs which would not be picked up by such an approach – for example, using non-approved tools in paint removal, which can damage aircraft skins causing tears in fuselages during flight.

The second, more insidious and less easily remedied threat involves worldwide underinvestment in developing an adequate skilled workforce to meet future maintenance needs. Both IATA and the International Civil Aviation Organisation (ICAO) have researched future maintenance labour requirements and expressed concern at the escalating shortfall. According to the ICAO, world training capacity in 2010 was falling short by some 18,000 places every year of the number required to meet forecast minimum needs in 2030.

Worryingly, the shortfalls in training appear to be greatest in precisely those parts of the world to which Australian maintenance is most likely to be outsourced. The Asia-Pacific region as a whole is projected to train fewer than a quarter of the new aircraft technicians it will need to accommodate the requirements of its own national fleets.

Australia is no better placed to meet its own needs, with civilian apprentice commencements, net of wastage, in the March quarter of 2013 at the lowest point since records have been kept. On our calculations, apprentice completions (including Defence) in 2013 were running at only two-thirds the rate needed to keep the workforce at its 2011 size after allowing for normal attrition.

All this suggests a looming skills crisis which is already becoming apparent in some parts of the world. The giant Hong Kong Aircraft Engineering Company (HAECO) – to which Qantas only recently outsourced the heavy maintenance on its remaining 747s – reportedly saw a 21% decline in its net profit for the first half of 2013, attributed largely to difficulties in recruiting sufficient skilled technicians. In the US, a growing proportion of airlines are planning to bring more of their maintenance back on shore, partly to ensure security of supply, and partly because of the shrinking cost differential.

Australia is unprepared to meet this crisis and faces the threat of being forced by its limited market power into relying on second-rate providers. It seems inevitable that the shortage will result in greater use of unqualified personnel, work intensification for those skilled engineers who are available, and skimping on internal quality control.

There is every chance that such practices, if widely adopted, will bring about a reversal in the declining trend of fatal accidents – this despite the range of failsafes and self-monitoring capabilities being built into the latest generation of passenger aircraft, which in any case now seem unlikely to make up a significant part of the Australian fleet for another decade at least.

The standards issue is one that can be addressed by regulatory reform, and it will be interesting to see how the inquiry approaches it. The skills issue is too big to be fixed by regulation alone, and a remedy cannot be expected without serious structural reform of the Australian MRO sector. Such reform will require a serious interventionist approach by the Federal government – a prospect about which it is hard be optimistic.