If only 1% of the Pacific’s population was permitted to work permanently in Australia, this would bring more benefits to the region than Australia’s annual aid contribution. 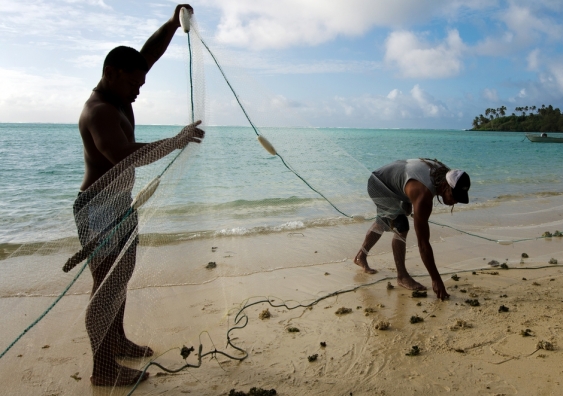 The effects of a warming planet are no longer far away in time or distance. We are witnessing transformed landscapes, mass extinctions and people on the move, whether by force or choice.

Across the globe, the adverse effects of disasters and climate change are already prompting millions of people to move. More people are now displaced within their countries each year by disasters than by conflict.

The Asia-Pacific region has been the hardest hit by these disasters.

In the Pacific islands, king tides, cyclones, droughts and flooding displace people on a regular basis. Countries like Kiribati and Tuvalu are now facing existential questions about their capacity to sustain their populations into the future.

‘Burying our heads in the sand’

There are potential consequences for Australia, too, which may disrupt many of our foreign and domestic policy agendas – including energy, environment, foreign aid, national security, labour and migration.

This is why Pacific governments, including Australia, are currently engaged in talks about how migration could alleviate pressure on threatened Pacific island nations and become a climate change adaptation strategy. 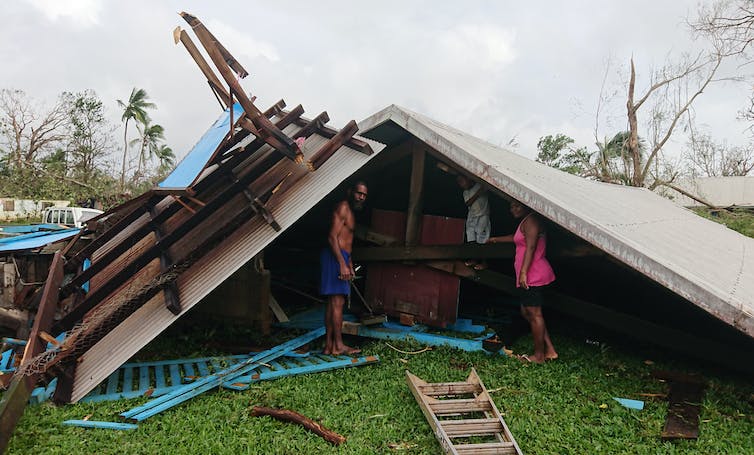 Most Pacific Islanders want to remain in their homes. Policies designed to reduce their exposure to disaster risks, improve their adaptation to climate change and bolster their development can all help.

But at the same time, Pacific communities acknowledge

that the movement of people needs to be discussed … [and] failing to do so will be like burying our heads in the sand.

Most displacement in the Pacific is temporary and internal, but it is occurring with increasing regularity.

Some Pacific governments have already developed guidelines on internal displacement and planned relocations in the context of climate change and disasters. Fiji has established a trust fund to support relocations. (New Zealand has contributed A$3 million to the fund).

How Australia can expand visas for Pacific islanders

Australia could play a much bigger role in this effort, too.

A new Kaldor Centre policy brief argues that smarter Australian migration policies could give Pacific peoples more choice to take control of their own lives.

By creating more temporary and long-term visa opportunities, Australia could provide a release valve for Pacific islanders at risk of displacement.

If only 1% of the Pacific’s population was permitted to work permanently in Australia, this would bring more benefits to the region than Australia’s annual aid contribution. Migration can enhance the resilience of those who move, as well as those who stay behind.

These could be expanded and complemented by additional initiatives, such as

This enables 650 Pacific Islanders from specific countries (plus their families) to become permanent residents of New Zealand annually. The Samoan quota resident visa allows 1,100 Samoans to come, as well.

The New Zealand schemes are based on a ballot that prevents “cherry-picking” based on people’s skills, going some way to alleviate concerns about a brain drain resulting in Pacific nations. 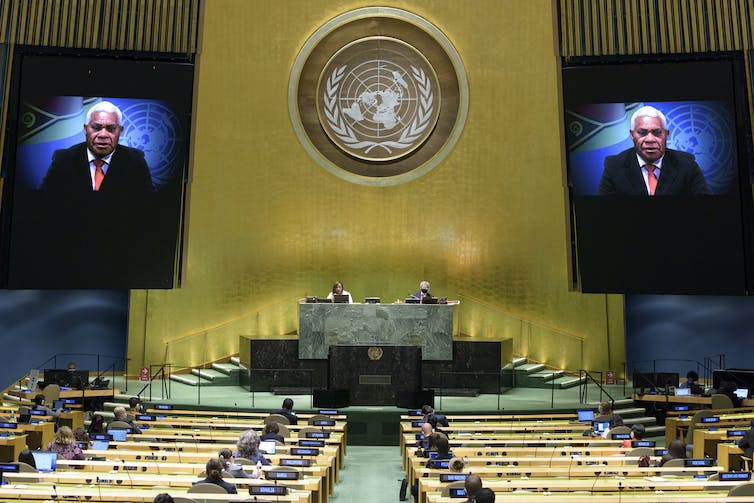 Migration can be a win-win

The lockdown of borders in response to COVID-19 has wrought unprecedented damage to the already vulnerable economies of the Pacific.

humanitarian and economic fallout offers us a glimpse of what the global climate change emergency can become – if it is left unchecked and if we do not act now.

As Australia reshapes its Pacific policies in response to COVID-19, dignified migration should be front and centre.

The pandemic itself has revealed just how reliant Australian horticulture is on Pacific seasonal workers; likewise, seasonal employment is a lifeline for many Pacific families.

Increased migration could thus be a win-win strategy in the face of climate change, as well.