Opinion What’s behind the Trump bump in markets

World markets bounced back surprisingly quickly after Trump's election. Here are a few theories as to why, writes Mark Humphery-Jenner. 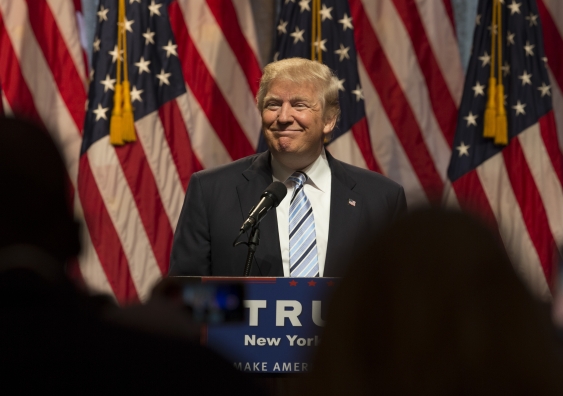 OPINION: The market bounced back after Trump’s victory in the US election, despite predictions that his policies could hurt business. This relates as much to the surprise return of a Republican Congress as it does to the election of Trump. It also largely turns on Trump being unable, or unwilling, to act on much of his rhetoric.

One research paper predicted a market fall of up to 10% if Trump won. The governor of the Reserve Bank of Australia indicated that Trump could trigger a shock greater than Brexit.

However, the US Dow Jones Industrial Average advanced 1.4% on Wednesday, and a further 1.17% on Thursday. Asia-Pacific markets also plummeted initially, as markets realized Trump would win, but recovered later – the Australian ASX 200 index fell 1.9% on Wednesday (Australian time) as Trump’s victory became apparent, but rose 3.3% on Thursday.

The Trump rally is even more unusual because the market had already priced in the likelihood of a Clinton win, and a Clinton victory seemed likely.

The rally implies businesses believe that not only is Trump not harmful, he might be better than Clinton. A benign, conciliatory, and well-received victory speech alone could not achieve that: a passable speech does not erase myriad speeches with heated rhetoric.

Some sectors might benefit from Trump and a Republican Congress

Trump could benefit some sectors. These benefits arise from relaxing prior executive orders through to avoiding onerous regulation, which could otherwise potentially harm some sectors. Here’s a few examples.

By contrast, a simple Clinton tweet criticizing drug price increases before the election coincided with the Nasdaq Biotechnology Index declining by 4.7%.

Post election, pharmaceutical companies were prominent in the Trump Rally – Pfizer alone rose 7.07% on Wednesday and 4.27% on Thursday.

Resources companies: Long term, climate denial could hurt the economy through factors such as decreased agricultural production. Trump has little in the way of plans to combat climate change, with his policy platform also silent on this issue. But Trump and Pence have indicated they will “end the war on coal”, and this is part of the Republican policy platformas well.

Further, Trump has stated he will “rescind all the job-destroying Obama executive actions including the Climate Action Plan”. This highlights that on top of legislation that might be passed by Congress, Trump can himself repeal Obama’s executive orders limiting emissions.

In the short term, some resources industries will gain from these relaxed climate-related restrictions. These range general environment regulations through the reduced likelihood of serious pollution targets. Both Chevron and Exxon Mobile experienced moderate gains, increasing by 0.33% and 1.10%, respectively, on Wednesday.

Despite the rhetoric, Goldman Sachs, rose 5.89% on Wednesday and 4.28% on Thursday, following the election. Morgan Stanley, J.P. Morgan and other banks experienced similar gains.

On top of these issues affecting individual industries, markets are arguably factoring in some prospect of renewed growth under Trump. This in part comes from promises to reduce taxes and to boost infrastructure spending, which are in turn linked to a potential commodities rally. Indeed, Trump indicates he will spend heavily on infrastructure, which could involve upwards of US$500 billion in infrastructure spending.

The optimism from markets might also be based on the assumption that increased spending will increase employment in the short term, and increase overall economic activity in the long term. And that lower taxes will encourage corporate investment and growth, potentially luring back companies from low tax rivals.

The last potential factor is that Trump has extensive business affairs, giving him a vested interested in avoiding economic damage. His policy platform actively affects his personal affairs through its impact on the economy and immigration. Assuming he acts in a rational, self-interested, manner, he will avoid damaging protectionist policies that might influence his businesses’ operations.

This assumption is bolstered by his transition website which promotes his brands, giving every indication that he will at least attempt to minimize harm to his companies.

Further, even if he attempts to promote harmful policies, the president has limited powers. He cannot create legislation and is largely limited to approving or vetoing legislation passed through Congress. A president can issue Executive Orders, but their scope is limited. Further, a rational Congress could mitigate, and need not act upon, Trump’s heated campaign rhetoric.

The market appears to have responded positively to Trump’s election in the short term. The hope is that he will generate economic growth, that his policies will moderate his rhetoric, and that he will be unable to unilaterally achieve aspects of his policy platform.

It remains to be seen whether this holds up in the long term. The share market remains relatively volatile, as evidenced by the rapid changes in Asia-Pacific markets. The positive sentiment could easily reverse if the market’s positive expectations do not materialize.

Mark Humphery-Jenner is an Associate Professor of Finance, UNSW.