Opinion What’s in a game? Why sports economics is a big deal.

The corruption at FIFA, not to mention the blatant violation of labour standards in Qatar, show why the economic impact of global sport is everyone's business, writes Tim Harcourt. 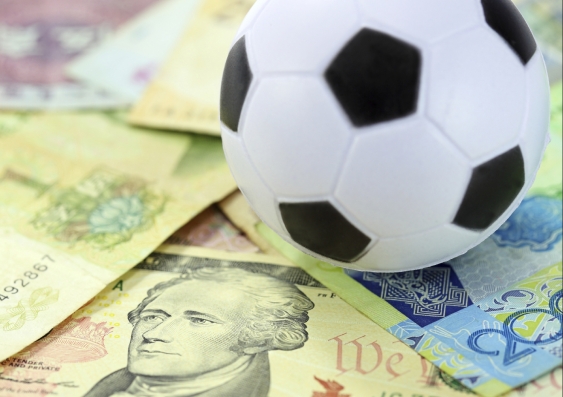 OPINION: We’ve recently seen the growth of sports economics in academia, government and industry. Why is this so? Is it just because economists are secret sports fans who all wish they were sports commentators/writers like Denis Cometti, Gideon Haigh or Caroline Wilson?

That could be part of story, as many economists, believe it or not, are human, and just as susceptible to being sports junkies as the rest of us. But there are some more compelling reasons as well, as discovered by UK based economists Alex Bryson, Bernd Frick and Rob Simmons at Britain’s National Institute of Economic and Social Research.

Firstly, as well all know, sport is big business. As the authors point out, the European Commission estimated that even in 2004, sport generated value added of 407 billion euros or 3.7 per cent of EU GDP, the US NFL Superbowl attracts 114 million viewers in the USA plus many more offshore, the India Premier League dominates world cricket, and in Australia, the AFL and NRL TV broadcast rights is now almost a $2 billion deal for each respective code.

Secondly, sport is a big employer. In the EU 15 million people are employed in sports, which is equivalent to 5.4 per cent of the labour force. In Australia, in the 2011 Census 95,590 persons were employed in sport and physical recreation occupations, which represented an increase of 17% on the results of the 2006 Census.

Thirdly, sport is important to health and well-being, improving our quality of life in itself but also improving productivity and the quality of labour supply right across the economy.

Fourthly, the economics of sport can shed light on fundamental economic questions, particularly in the labour market, in terms the role of incentives, evidence of labour market discrimination on race and gender lines, and how competition is structured through the draft and salary cap.

A fifth possible reason is the international dimension of sports economics. In my period as chief economist of the Australian Trade Commission (Austrade) I came to appreciate the growing importance of sports diplomacy.

At Austrade, we ran the Business Club Australia (BCA) programme that ran networking business events starting from the Sydney Olympics in 2000 through to Athens 2004, Beijing 2008 and London 2012. We also ran BCA networking events at the Rugby World Cups, FIFA World Cups, and the Commonwealth Games, swimming and racing events.

Thanks to BCA, Australia made gains of $2 billion in trade and investment in the years between the Sydney Olympics in 2000 and the London Olympics in 2012 alone, which shows the impact that well targeted sports networking – ‘the power of schmooze’ – can have if done professionally and efficiently.

In fact, Ashley White, the architect of BCA at Austrade has now joined the sports business consultancy Bastion S&GO, as head of its International Diplomacy division. Bastion, the first Australian sporting and marketing communications conglomerate of its kind, has recently undertaken a series of meetings across the UAE, USA and Asia to bring more investment opportunities to Australian businesses and government-led initiatives.

White is taking the good work done by Austrade in Sydney, Beijing and London and extending it to Rio 2016 and Tokyo 2020, with the help of a number of leading sports and political figures including former Federal Cabinet Minister Warwick Smith, Former Asian Cup CEO Michael Brown, and existing political leaders and ambassadors. In the Federal Budget, BCA now lives on as ‘Match Australia’ and received $5.2m over the next four years to keep delivering trade, investment, education  and tourism outcomes for Australia.

As well as at the federal level, another example is effective sports diplomacy is South Australia’s smart hosting of the India-Pakistan match at newly revamped Adelaide Oval during the Cricket World Cup 2015. Instead of hosting the Australia-Bangladeshi match (that went to Brisbane) South Australia bid for India-Pakistan, knowing that it was likely to be the most watched cricket match in the history of the game in terms of TV viewers (which it was). Not only that but Indian and Pakistani fans travelled to Adelaide not only from South Asia but from Singapore too and some even came from as far away Toronto to be there for the first ball bowled.

Over 80 per cent of match attendees hailed from outside South Australia with large groups making the journey across from Sydney and Melbourne. The ‘swami army’ were in force as Indian (and Pakistan) flags were seen flapping from cars at the border (that is the border of South Australia and Victoria not in the Punjab).

The Premier of South Australia, Jay Weatherill hosted a major community function for Indian businesses on the Thursday before the game and an historic India-Pakistan business function was held at game itself. South Australia also hosted the Indian team in Adelaide during the series knowing the Indian attraction for Adelaide Oval where the legendary Don Bradman played so much of his cricket.

And finally, there’s increased interest from economists in the public policy implications of hosting sporting events. This could be conducting a cost-benefit analysis of hosting an event, given the experience of the Montreal Olympics in 1976 or Athens in 2004 (see my separate article My Big Fat Greek Debt) and more recently Brazil.

I have just come back from Rio de Janeiro, and there is care about not over hyping the Rio Olympics in 2016 and its likely impact on the fragile Brazilian economy given the anti FIFA World Cup protests and difficult infrastructure legacy issues of 2014.

And speaking of FIFA, like all industries, the sports business needs corporate governance and the corruption difficulties FIFA has got itself into, not to mention the blatant violation of labour standards in Qatar, the host of the 2022 FIFA World Cup, shows why its everyone’s business that there be proper corporate governance and public interest in the global sports industry.

In summary, the growth in sports economics is likely to continue as the economic impact of global sport is felt more keenly in national economies – proving that in terms of economic activity, income generation and job creation, the global sports industry really is more than a game.

Tim Harcourt is the JW Nevile Fellow of Economics at the UNSW Business School and Adviser-International Engagement to the Premier of South Australia, Hon. Jay Weatherill, MP. He is the author of 6 books including Trading Places and The Airport Economist www.theairporteconomist.com