The federal government should focus on specific measures that will boost employment and stimulate growth and productivity, says UNSW Business School’s Gigi Foster. 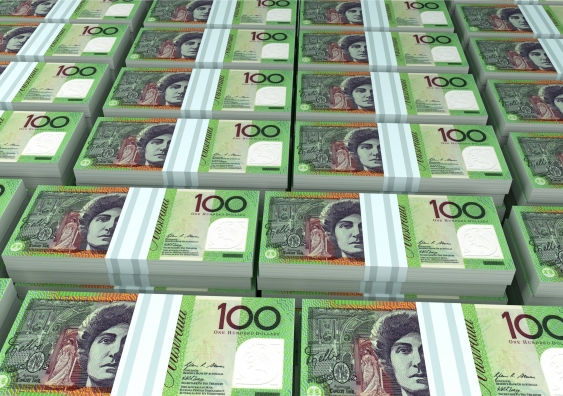 The government needs to continue with fiscal stimulus to assist with the changes over the past year being absorbed into the economy in different ways. Photo: Shutterstock

Reducing unemployment rates, boosting capacity utilisation (the efficient use of resources) and meaningfully improving productivity will be important considerations in the forthcoming federal budget and critical to the long-term recovery of the Australian economy, says Gigi Foster, Professor of Economics at UNSW Business School.

The federal government made a number of decisions in 2020 which left the Australian economy with record levels of debt, and it is now time to take a more measured approach to pay down this debt through thoughtfully informed policy.

While Australia was one of the few developed economies that came out with generous income support in the form of JobKeeper and other support measures for employers and employees, Prof. Foster says this came at a high cost, with little to show in terms of long-run investment into Australia’s productive capacity.

“A lot of commentators point to that and say, ‘Well, $90 billion later, here we are’. And that’s an awful lot of debt to have accumulated,” she says.

“And it’s true, it is a lot of money to spend. I was a big proponent of the JobKeeper program when it first came out back last year because essentially, that enabled us to keep the employees and employers together for a period of uncertainty and lockdown, which I was hoping would be very short. As it happens, it’s been very long.”

Prof. Foster says the big problem with this is that the debt was used to pay for things “that we don’t have much of a showing for now. We basically just supported incomes for a year, and we didn’t invest in long-term productive capacity of Australia, right? That was our mistake".

“The big mistake of this whole period is that we were not thinking about the long-term health of Australia,” says Prof. Foster.

While the federal government will be releasing its 2021 budget carrying record levels of debt, she says Australia’s debt to GDP ratio is now about 40 to 45 per cent.

“But actually, if you compare that to our peer nations’ debt to GDP ratios, we’re doing quite well. We’re way below the US, the UK, France, Germany, Canada, a lot of nations that we compare ourselves to on many other levels. We have a much lower debt to GDP ratio,” she says.

“So, I think it’s one thing that is going to get a lot of play in the politicking around the budget, but actually, it’s kind of a red herring, is that we have got to pay down the debt.”

Prof. Foster says she expects the government will continue to provide fiscal stimulus to assist with the changes over the past year being absorbed into the economy in different ways.

“This is largely about structural reorganisation. Certain industries that got hit really, really hard now need to recover,” she says.

“And the people and the capital that were in those industries need to be reallocated. And that’s a huge job. So, they’re going to be trying to work out how they can do that.”

As an economy, it is important to get everyone working and contributing in some way, so that land, machinery, capital and any other resources available within these industries are best utilised.

“So, what the government should be focusing on is, what can it do to increase that capacity utilisation?” says Prof. Foster.

“Now, the unemployment rate is a number that is frequently pointed to because it’s for the labour market, as a kind of a measure of capacity under-utilisation – but it’s not perfect.”

“This would also flag that we still have these sorts of ongoing structural reallocation issues to work through,” says Prof. Foster, who explains the government should develop fiscal strategies and policies to help affected workers find new jobs in same, similar or potentially different industries to make the most of their skills.

Another issue relates to underemployment and poor skill matches from employers to employees, which is becoming more prevalent as a result of the disruptions to the workforce in 2020.

“Those things are not easy to capture in a single figure. The unemployment rate is a really nice, clean, sexy figure; people like to cite it, but it doesn’t capture everything,” she says.

“So, the government needs to keep an eye on some of those other less measured factors that also are kind of a bellwether to the health of the economy post-COVID.”

With JobKeeper coming to an end as of March this year, Prof. Foster says the government’s stated fiscal strategy in 2020 was focused on two stages: firstly, getting the economy to a point where it could recover, and secondly growing the economy with the implicit and explicit aim of paying off the debt.

The policy nominated a notional unemployment rate of “comfortably below” 6 per cent before it moved on to stage two. With ABS statistics indicating an unemployment rate of 5.6 per cent for March 2021, Prof. Foster says the first and second stages of “helping people to recover and helping the economy to grow are kind of the same thing. They kind of blend together. So that fiscal strategy is a political statement more than anything”.

Prof. Foster said a wider approach would be for the government to look at how it can assist industry through the likes of income-based loan schemes – similar to the Higher Education Contribution Scheme (HECS).

“The great thing about those kinds of schemes is that it takes all the downside risk onto the shoulders of the government, and gives the employee and potentially a business, the certainty to go ahead and make some investments and hire some people.

“And if it falls in a heap, well, their revenue isn’t going to go above the threshold so they won’t repay. But if it actually works out, then they do repay, so the government doesn’t just lose money – as it’s been doing by just paying out cheques with JobKeeper.”

Prof. Foster is also concerned the government’s policy may not go far enough, explaining the variety of benefits that including universal basic childcare in the upcoming federal budget could deliver.

As Australia’s economy emerges from recession in 2020 the government will be looking for fiscal measures to stimulate growth and productivity, and Prof. Foster says universal basic childcare is an “absolute winner on multiple dimensions”. There are three important reasons why the government should consider universal basic childcare, she explains. “It provides relief to unemployment because you’re making jobs – and you’re making jobs all over the place because children are everywhere."

Second, the cost of childcare is prohibitive for many families and often one parent has to stay at home to look after children. “There’s this massive wage tax called ‘my childcare bill’ which prevents them from being in the market,” says Prof. Foster, who explains that universal basic childcare releases labour into the market because parents who would otherwise be taking care of their children are free to work.

Thirdly, universal basic childcare is an investment in Australia’s future. “Those kids, if they’re given quality, early learning support, are going to be much, much more effective, efficient workers – and they’re going to be happier people. So, we’re investing directly in Australia,” says Prof. Foster.

“I just think universal childcare is a no brainer, and we should have done it decades ago. I’d love to see it in this budget.”