Opinion What say do our elected representatives have in going to war?

The decision to declare war and send Australian forces overseas does not require debate or authorisation from parliament, writes Gabrielle Appleby. 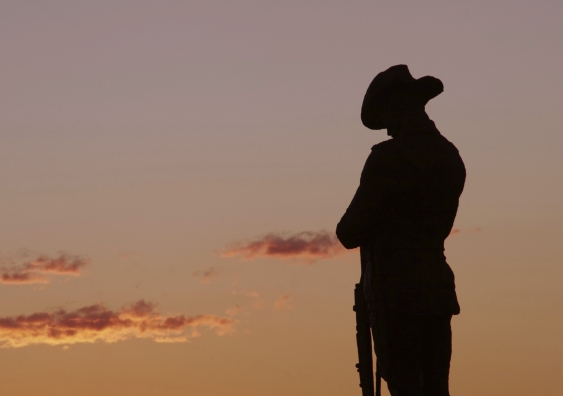 OPINION: The authorisation of military force is one of the most serious and consequential powers that governments possess. This power should be exercised with appropriate caution and, where circumstances allow, considered deliberation. Governments should be publicly accountable for its exercise.

Across the world, debates have emerged around the extent to which the legislative branch should be involved in – and even have the final say on – authorisation of military deployment. So what are the debates, and current practice in, three key Western nations grappling with the threat posed by Islamic State (IS) – the UK, the US and Australia?

In these three countries, the legislature’s involvement in decisions to use force has little connection to explicit constitutional or statutory provisions. Rather, it is governed by practice and convention, and the ongoing political commitment to such practices by both the government and the legislature.

In the UK, the power to make war, deploy military force and declare peace forms part of the “prerogatives”. The government of the day can exercise these powers without any obligation to consult, or seek authorisation from, parliament.

Like Australia, the UK operates under a parliamentary system. As such, the government’s exercise of its powers is always subject to scrutiny by the parliament through Prime Minister’s Questions (known as Question Time in Australia) and committee inquiries, or subject to override or control by legislation.

The government’s exercise of its powers is also often constrained by constitutional “conventions” – established practices that have strong political and moral force, even though they may not be legally enforceable.

In the last 15 years, a constitutional convention has developed that the government will consult the House of Commons and seek its approval before deploying military force. The practice was first invoked in 2003, when then-prime minister Tony Blair asked for parliamentary authorisation for Britain to enter the Iraq War.

Parliamentary approval for use of force is not required by any constitutional or legislative provision in the UK. But, by 2011, the government acknowledged that – except in cases of emergency – convention required it to provide the House of Commons with an opportunity to debate and authorise military force.

There have been some calls to pass this practice into law, or at least formalise it in a parliamentary resolution. But there has been little movement to clarify it, or protect its status in this way.

Nonetheless, the force of this convention has proven remarkably strong. In August 2013, Prime Minister David Cameron accepted the outcome of the House of Commons vote against further use of military force in Syria. Last week, Cameron again felt obliged to seek approval to expand the British military’s role in Syria. The House of Commons passed the motion after ten hours of debate.

The US: constitutional requirement is largely inconsequential

Article 1, Section 8 of the US Constitution provides that:

Congress shall have power to declare war.

On its face, this provision places responsibility to initiate war in the legislature’s hands. However, since the second world war there have been no formal declarations of war. The constitutional requirement is now largely inconsequential.

But, in 1973, following the unpopular involvement in Vietnam, Congress passed the War Powers Resolution. This requires – with some emergency exceptions – the president to notify Congress within 48 hours of committing American armed forces to hostilities, and congressional approval to continue that commitment beyond 60 days.

Barack Obama committed American forces to Libya in 2011 without seeking congressional approval. The president claimed that the commitment fell short of hostilities that would engage the War Powers Resolution. Congress issued Obama with a rebuke for not complying with the resolution, but brought no further sanctions against him.

Obama’s deployment of forces in Iraq and Syria against IS reveals that the responsibility for the failure to obtain congressional approval may at least partly lie with Congress itself. That is, while presidents might be inclined not to seek authorisation, Congress has also been inclined not to insist upon it.

Obama’s initial decision to deploy forces to Iraq and Syria in September 2014 purportedly relied on previous congressional authorisations to use force following the September 11, 2001, terror attacks. But by February 2015, Obama attempted to obtain new congressional authorisation. Congress, unable to agree on whether to expand or constrict the campaign, has yet to consider it.

The Australian Constitution makes no mention of the government’s power to declare war and deploy military forces overseas. Rather, this forms part of the executive powers contained in Section 61 of the Constitution. Their extent and restrictions are considered to mirror the UK government’s foreign affairs prerogatives.

In direct contrast to the US Constitution, there is no requirement in the Australian Constitution for parliamentary authorisation – or even a requirement to consult parliament – before these powers are exercised.

Historically, however, there was a practice that following the declaration of war or the deployment of forces, the government would inform parliament and a debate would occur. It did not amount to authorisation. But this practice was consistent with fundamental tenets of Australia’s parliamentary system, where the government’s actions should be reported to and scrutinised by parliament.

The Greens and independent MPs (and before them, the Australian Democrats) have consistently called for the deployment of military force to be preconditioned on parliamentary debate and authorisation. But government decisions to deploy the military generally receive strong bipartisan support.

Thus, neither the government of the day nor the parliament has sought or insisted upon greater transparency or parliamentary scrutiny.

However, there are some signs this might be changing. In October, Deputy Opposition Leader Tanya Plibersek moved a motion that parliament be given an opportunity to debate the government’s strategy in Iraq and Syria.

Since taking office, Prime Minister Malcolm Turnbull has made repeated promises to increase the level and openness of public debate over government policy. This is yet to materialise with respect to use of military force. But these statements provide promising signs for reconsideration of Australia’s current practice.

Dr Gabrielle Appleby is an Associate Professor and co-director of The Judiciary Project at the Gilbert + Tobin Centre of Public Law at UNSW.

Why Australia must learn from our mistakes in the Iraq War