Some significant issues need to be resolved before Tesla can accept Bitcoin as a legitimate method of payment, says UNSW Business School's Mark Humphery-Jenner. 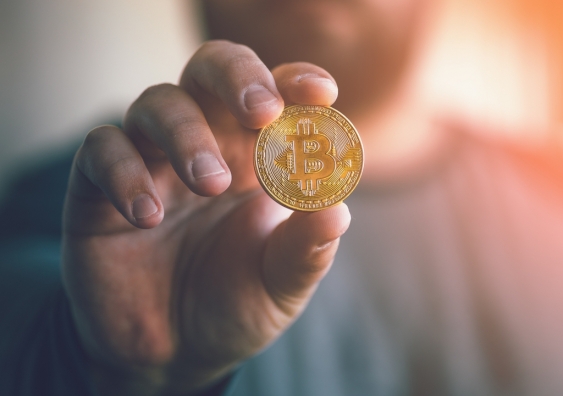 The price of a Bitcoin has risen almost 30 per cent since Elon Musk announced Tesla had purchased $1.5 billion worth of Bitcoins. Photo: Shutterstock

Elon Musk, the billionaire chief executive of electric car-maker Tesla, recently announced his company had bought US$1.5 billion ($1.59 billion) worth of Bitcoins. Since then, the price of a single Bitcoin has surged almost 30 per cent. At one point, a single Bitcoin was worth nearly US$50,000 ($64,380).

Following the recent surge (and subsequent fall) in GameStop’s stock price, it is clear that such price spikes can be short term and therefore warrant closer scrutiny.

Before Tesla can accept Bitcoin as a legitimate payment method, there are quite a few things that need to be solved from a corporate and regulatory perspective, said UNSW Business School’s Mark Humphery-Jenner, AGSM Scholar and Associate Professor in the School of Banking ＆ Finance.

Cryptocurrency and the impact on customers

It will be difficult for Tesla to accept Bitcoin as a payment method, since it still has customers and suppliers interacting in traditional currency, who won’t necessarily want to pay, or be paid, using Bitcoin, explained Prof Humphery-Jenner.

This is a potential barrier. If a customer pays in Bitcoin, that customer first has to convert their money into Bitcoin, and when they do this, they need to bear the potential cost of two things.

First, the bid-ask spread, or the cost to transact, for which they might not get a very good conversion rate. The second significant barrier is volatility.

“So say you’re a customer looking at a Tesla, you convert your Australian dollars into Bitcoin. Bitcoin is notoriously incredibly volatile; it is one of the most volatile assets out there. You start to lose money on your Bitcoin, and all of a sudden, your car implicitly is more expensive for you than it was a week ago, or a month ago, whenever you did that conversion,” said Prof. Humphery-Jenner.

Even if customers wait until the day of the purchase to convert their money into Bitcoin, they will have to bear some market volatility – it is unavoidable.

“If Bitcoin becomes almost a de facto currency for something like Tesla, then it creates a lot more risk [for Tesla], which is perhaps going to turn off some consumers,” said Prof. Humphery-Jenner.

Of course, Tesla also needs to pay its suppliers, and for the time being, they are likely going to want hard currency over Bitcoin.

“Now, Tesla has a lot of market power, it might force them to take Bitcoin, but they probably won’t want Bitcoin, which is going to cause a couple of things.

“Either Tesla is going to need to bear the risk of Bitcoin fluctuations when dealing with suppliers, and that’s not ideal, because corporations don’t want to bear foreign exchange risk, if at all possible. Or they can try to hedge it, but they don’t really want to bear it, because it creates a lot of risks for them,” he said.

Either the suppliers or Tesla will have to bear the risks. If it is the suppliers, then over time, they might increase their prices to compensate for that risk.

“So in any case, there are issues that Tesla is going to confront if it is going to start trying to accept Bitcoin as a method of payment, and those need to be sorted out,” said Prof. Humphery-Jenner.

Issues from a regulatory perspective

There are also a few broader regulatory issues with Tesla accepting Bitcoin, or any cryptocurrency, as a legitimate form of payment.

Regulators such as the U.S. Securities and Exchange Commission, are likely concerned about people using Bitcoin for “nefarious purposes” such as money laundering, said Prof. Humphery-Jenner.

“Tesla is going to need to ensure the big-ticket purchases made with Bitcoin are not just facilitating money laundering,” he said. But this isn’t just true for Tesla – any company that has a share price and needs hard currency for customers and suppliers will face these challenges before cryptocurrencies can become a legitimate form of payment.

“If you’re buying shares in Tesla, you’re buying shares for the corporate aspect of Tesla. So cars and the various other things that Tesla owns, not necessarily for crypto speculation. And that’s an underlying concern with this [Tesla’s] decision,” added Prof. Humphery-Jenner.

Why the taxman fears Bitcoin