Opinion When punitive media intrude on the courts, can justice be served?

The influence of tabloid media campaigns is threatening the proper functioning of the criminal justice system, writes David Brown. 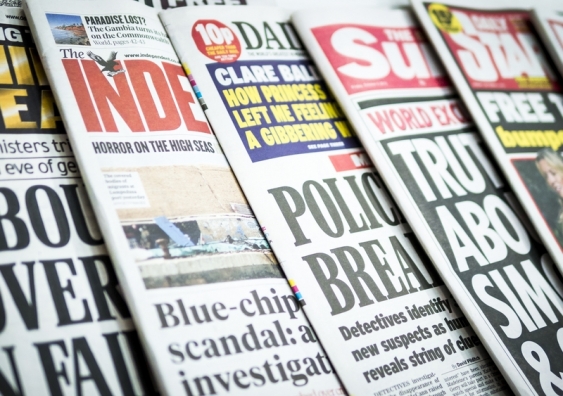 OPINION: In my opinion the publication of these egregious articles warrants the imposition of a sentence that takes account of Ms Wran’s continuing exposure to risk of custodial retribution, the unavoidable spectre of enduring damage to her reputation and an impeded recovery from her ongoing mental health and drug-related problems.

So said New South Wales Supreme Court Justice Ian Harrison in sentencing Harriet Wran, daughter of former NSW premier Neville Wran, to four years in prison with a non-parole period of two years for being an accessory after the fact to murder and robbery in company.

The “egregious articles” appeared in News Corp’s Daily Telegraph and Sunday Telegraph newspapers; they were then circulated through other media. Somewhat ironically, what the judge described as these newspapers’ “sustained and unpleasant campaign” served to reduce Wran’s sentence because it amounted to “extra curial” (non-judicial) punishment.

The three forms of non-judicial punishment exacerbated by the media campaign are all established grounds for mitigating Wran’s sentence.

First, prisoners forced to serve time on protection or in segregation – as Wran did – do their time much harder than if they are in “normal discipline”. They are entitled to have that taken into account in sentencing.

This applies to a range of vulnerable persons. They include informers, police, child sex offenders, young or good-looking prisoners, LGBTI people, those with disabilities both intellectual and physical, and those with particular medical conditions – among others.

Second, the media coverage made Wran a “potential target in a dangerous environment”, “generated safety concerns” and “exposure to the risk of custodial retribution”. The result was more restrictive confinement, including 23 hours in cells, which had “potential serious and physical health implications”.

Third, the judge also noted the articles were published online, “continuing indefinitely the damage to Ms Wran’s reputation”. Again, loss of reputation is an established ground for mitigation. It generally favours those without previous convictions, and white-collar, middle-class offenders.

While the judgment trod established legal turf, what was more unusual was the sheeting home of these various effects to specific media articles. It highlighted that punishment of offenders is not confined to the specific sentence that is imposed.

This punishment is not even confined to the offender; partners, families and children of people imprisoned are also punished.

The internet and social media have also expanded the potential for more enduring forms of non-judicial punishment by way of continued denigration, humiliation and abuse. This not only takes place during the court process but long after any formal sentence has expired. “Doing your time” can drag on indefinitely.

This range of unsavoury practices is part of a wider pattern of tabloid media attempts to exert influence in criminal justice matters. In Wran’s case, the media promoted lurid narrative frames, such as “Daddy’s little girl to ice junkie”, “Killer junkie thought she was a hooker on night of murder” and “Dirty Harriet”.

Other examples of tabloid media coverage of legal issues include:

In NSW, tabloid media coverage of criminal justice issues is taking place in a political context. The attorney-general has been subordinated to the justice and police minister (and deputy premier), Troy Grant, in the structure of the new justice department.

Police powers and police political power have been drastically increased; the NSW Law Reform Commission starved of staff; the Criminal Law Review Division abolished; and new judicial appointments made almost exclusively from the ranks of prosecutors.

The influence of the tabloid press and shock-jocks has become so pronounced as to raise the question of whether rational law reform is still possible. An additional question is whether tabloid media campaigns, built on false, misleading, confidential and improperly obtained material, present a significant threat to the proper functioning of criminal justice.

David Brown is an Emeritus Professor of Law at UNSW.