When the sins of old changes come back to haunt

Without a repair of trust and a rebuilding of commitment, an organisation risks members of its workforce aggressively resisting change. 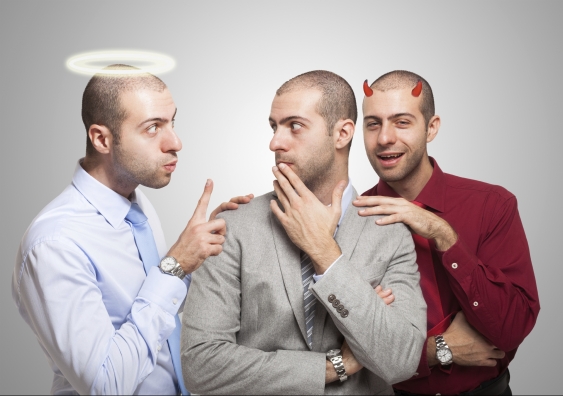 OPINION: It's a business world truism that change is a constant – the rate of market and business transformation is ever-increasing and organisations unwilling to constantly modify themselves are sitting ducks.

The role of the management team, therefore, is very much one of change manager. It sets future strategy, agrees on goals, then goes into the organisation to make those goals a reality. This can often involve asking staff to join them on a process of change.

But what if such a process was managed ineffectively in the past, if the last change program left certain individuals or members of specific departments with a bad taste in their mouths?

What if the last program resulted in no real change at all or, even worse, violated the organisation's psychological contract with particular teams or staff members?

According to Why change history matters: The role of change appraisals, a recent study by Alannah Rafferty, an associate professor at UNSW Business School, and Simon Restubog, a professor at Australian National University, those past failures, if left unacknowledged and untreated, will make future success far more difficult.

"We often assume that during every organisational change people will respond as if they are a blank slate, but that is not correct," says Rafferty, from the School of Management.

"We all go through different change experiences and those experiences have an effect on us, often not in a positive way. Things go wrong and we feel upset. Generally, what managers do is ignore that and move on. But if we acknowledge that people have previous negative change experiences, what does that mean for our ability to implement change in the future?"

Rafferty's research focuses on what the experience of change has done to the inner psychological mechanisms of staff members. She has discovered that past negative experience can be damaging to the organisation in several ways.

A poor change history in an organisation means individuals and teams will likely associate change programs with threat, harm or failure.

So what does the executive team do when change programs have been managed badly in the past? Is it possible to undo what has already been done? It is, our experts say, and it involves looking backwards before moving forwards.

The price of getting change management preparation wrong can be extremely high, says business psychologist Sebastian Salicru. He recommends that a "change readiness assessment" is conducted prior to the change program itself.

"There are various ways to do this," Salicru says. "You could do a short online survey. You could conduct focus groups. You could do some in-depth interviews and you could also consult organisational archives. I am a great believer in mixed-method design – you'll typically get the best result by gathering data from several different sources."

Salicru believes this research within the organisation will tell you where people are mentally and emotionally. It will inform you whether – and to what degree and how – past experience needs to be factored in to the design of the next change implementation. It will also have one other important effect.

"Focus groups and interviews get people involved and taking ownership of the change process," Salicru says.

"People feel part of it as they have contributed to the design of the change itself. By seeking understanding of what their concerns are and how their mental models are based on their past experience, you are also building relationships with staff."

Once you begin asking questions, the answers can be confronting.

"Many people have a poor change history perception," Rafferty says.

"When they're told there is a change coming, they start thinking they're going to experience loss. It's going to harm and hurt them. They're going to have less status or security. Organisations introduce a lot of changes from which people don't personally see any improvement or benefit, so of course people are going to be cynical and feel threatened and harmed."

According to Salicru, it's vital the management team acknowledges past mistakes. An honest apology – as long as it is warranted and doesn't come, for instance, from a new CEO who wasn't with the business during the last change program – goes a long way.

"Admitting a wrong is always a sign of strength and humility. People will respect you and you will enhance your credibility," Salicru says.

Rafferty agrees. "Address past weaknesses and acknowledge that you are truly sorry about what happened," she says.

"That simple exercise can be very empowering in terms of people putting the past aside and moving forward with a more positive perspective. Research shows that apologising in an organisational setting brings on a whole range of positive benefits including trust repair and rebuilding of commitment. Then make a promise that you're going to attempt to do things better next time, having learnt from past mistakes."

A better understanding of the organisation as a whole is another likely result of a change readiness assessment. For instance, many businesses discover that women have a much poorer perception of organisational change than men.

"Why might that be?" Rafferty asks. "Women generally don't get promoted as easily so it could be that they are at lower levels of the organisation and therefore have fewer opportunities to have positive change experiences.

"They have less access to participate in change, to receive high quality communications about the purpose of change programs or to ask questions. So there's a systemic influence in many organisations that means women are more likely to have negative perceptions about their change histories."

Then there is the possibility that change has violated the psychological contract (the unwritten expectations about how the organisation treats and rewards its people) between an organisation and its staff. This is common as a business grows or changes hands.

Salicru says the most effective solution to a damaged psychological contract is an action aimed at restoring the contract, usually in terms of an open and honest discussion. This may be an apology or a statement that re-affirms how important the relationship is, and the fact that the manager wants to sort the problem out.

Finally, Salicru recommends that managers get into the heads of their people and speak to the concerns of staff out loud and in the staff members' own language, not in MBA-speak. Show a deep sense of empathy and connection, he says. Demonstrate to staff that you have thought deeply and you understand why they feel the way they do.

Without a repair of trust and a rebuilding of commitment, an organisation risks members of its workforce aggressively resisting change. But once past problems are solved, staff are far more likely to be engaged and motivated to lend a hand in making the change a reality.

This article was first published in Business Think.

What makes a workplace carer-friendly?

Remote control: How to get the best from virtual teams