Australia should be careful in accusing China of dumping steel into the local market given the importance of wider bilateral relations, writes Tim Harcourt. 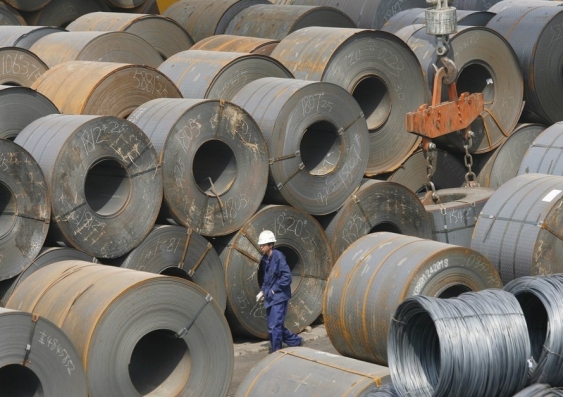 OPINION: Steel dumping is the latest accusation levelled at China in a growing backlash against the country’s influence in Australia. But dumping can be in the eye of the beholder, depending on how much your country is exporting or importing (or both) and varying government regulations.

Dumping occurs when a foreign country decides to off load stock to another country at well below the price they charge at home. While consumers may enjoy cheaper products, local industry may argue that the imports are being used to drive them out of business, and get monopoly power. The local industry usually asks for an anti-dumping tariff to be imposed on imports to help the locals compete.

Anti-dumping tariffs are calculated to be the difference between the foreign (import) price and the imported good’s foreign market value, but this definition can change. In 1974, for example, when under pressure from Japanese manufacturers, the United States decided that dumping exists if the price of imports is below the foreigner’s cost of production (even allowing for a generous profit margin).

While dumping cases were often brought by the United States against Japan in the 1970s and 1980s, in this millennium it’s all about China. The US and the European Union constantly reignite disputes about China subsidising steel production to deliberately oversupply the world market, although legal action not always taken.

How dumping is perceived is further complicated by whether or not a country is considered a “market” or a “non-market” economy. That is, whether prices reflect the global market (market) or are set by the government (non-market).

When China joined the World Trade Organisation in 2001, it agreed not to use government set prices but a surrogate price to reflect the world market, or the price used in capitalist economies in the West. However, the US and other foreign nations argue that China is not staying true to its word.

According to the argument, China, as a socialist planned economy, can still just set prices below cost and flood the world with cheap imports and drive local producers out of business. And if China was classified as a non-market economy, Australians, the US, EU and others could claim dumping as these countries would be effectively competing against the power of the Chinese government.

China was granted market economy status in 2016 (as a prerequisite to joining the WTO in 2001) so that trade barriers could be removed and prices and output from the country allocated by the market. In principle, this would allow resources to flow to their most productive use. The dispute now is whether China is a market economy status in name only, still using government regulations to set the price and quantity on world markets. Hence the accusation that China will flood the world with cheap steel.

But should Australia have a dispute with China, given the relatively small size of our steel industry and the massive size of our overall trade relationship with China? Australian exports rely on the Chinese steel industry, as Australia exports vast quantities of iron ore coal and natural gas to the tune of $91 billion, according to my calculations based on ABS data. So it’s important to tread carefully so a steel dispute doesn’t disrupt the overall bilateral relationship.

We must remember that more than 10,000 Australian exporters sell goods to China (directly or via Hong Kong) and they pay, on average, 60% higher wages than non-exporters. This is in addition to better Occupational Health and Safety standards, education and training standards and job security. The employment of Australian workers – in good jobs at good wages – depends on maintaining a healthy trade relationship with China.

Given that China has been Australia’s most important export market since 2009 and for one in every three export dollars Australia earns, the customer is China (according to my calculations based on ABS data), it’s not a relationship we really want to dump on.

Tim Harcourt is the J.W. Nevile Fellow in Economics at UNSW Australia. This article was originally published on The Conversation. Read the original article.