Opinion Who's being allowed to leave Australia during COVID? FOI data show it is murky and arbitrary

More than two-thirds of requests to go to the UK were approved, compared to just 46% for trips to India and 59% to China. 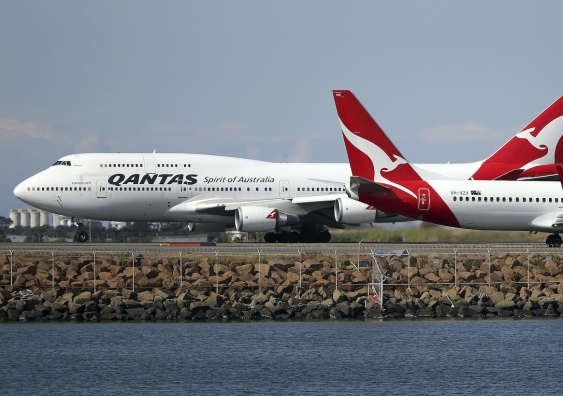 With outbreaks of COVID-19 in most states and territories, and low rates of vaccination, concerns have arisen again about who is being permitted to exit (and re-enter) the country.

Western Australia Premier Mark McGowan, for instance, said there should be stricter measures for people wanting to leave Australia “while there’s a pandemic running wild around the world because inevitably they want to come back”, posing a health risk to the community.

Questions have also been raised about where travellers are being permitted to go, and for what reasons.

Even though we are more than a year into the pandemic, the Commonwealth’s general prohibition on citizens and permanent residents leaving Australia remains in effect. Despite the passage of time and the increasingly widespread availability of vaccines, Australia is among a small number of countries that continues to rely on border restrictions as the primary pandemic response.

What statistics from Home Affairs show

We recently obtained detailed data from the Department of Home Affairs through a Freedom of Information request that answer these questions. The statistics show who has been allowed to leave Australia, which countries they are going to, and why.

Read more: The airline industry hasn't collapsed, but that's the only good news for overseas travel

This was at a time when the UK was experiencing a drastic second wave of COVID-19 — but India’s second wave had only just begun.

The figures are reminiscent of approval rates for travel exemptions to enter Australia, which precipitated allegations of racial bias earlier this year. Those numbers were even more stark: only 7.17% of requests from India were approved, compared to 23.48% from the UK and 30.73% from South Africa.

Who can leave Australia?

Some people don’t require permission to leave Australia (and are not counted in the numbers above).

These include people who usually live overseas (as well as New Zealanders who ordinarily live here), aircraft crew or maintenance staff, freight workers, those who have “essential work at an offshore facility in Australian waters”, those travelling on official government business, and those travelling directly to New Zealand (who are not transiting from another country).

But most of us do need permission. Among the reasons would-be travellers are able to leave the country:

Many of these concepts are very murky, and it is up to the decision-maker to determine the appropriate level of evidence required.

Some of these numbers are still fuzzy due to category adjustments. For example, “travelling overseas for at least three months” was included in the “urgent and unavoidable personal business” category prior to September 30, 2020.

We were unable to calculate the percentage of approvals from this data because no reason was available for a sizeable number of requests (25,966).

Read more: There's a ban on leaving Australia under COVID-19. Who can get an exemption to go overseas? And how?

Although the Australian Border Force has released an operational directive to clarify how departure exemptions are granted, the data we obtained suggest the thresholds for decision-making are not as systematic (or objective) as desired.

In the period we examined, officials assessed 208,791 exemption requests and approved 119,922 applications. A further 17,017 requests were deemed not to require an individual exemption.

This means roughly 65% of requests were either approved or deemed not to require an exemption.

However, anyone granted an exemption to travel to India who had not yet left by early May had it revoked, following “expert health advice” that considered India a high-risk COVID-19 country.

Similar travel bans were not enacted for other countries — including the UK and US — despite the fact that, as of October 16 2020, the Department of Health has considered travellers arriving from any country besides New Zealand to be high risk.

In short, these data reveal the arbitrary nature of exit requests being granted or denied. It rings true with the anecdotal evidence we have heard from lawyers trying to assist people to leave, as well as would-be travellers themselves.

Much depends on who the decision-maker is in Home Affairs or the Australian Border Force, how they choose to exercise their discretion, and — based on these figures — where the person wants to go and for how long.

Without the opportunity for appeal, there is no independent review of how the factors are weighed, and little, if any oversight of the decisions being reached.

Read more: We need to restart immigration quickly to drive economic growth. Here's one way to do it safely

When viewed alongside the barriers preventing the return home of thousands of Australian citizens and permanent residents, the highly variable rates of exit permissions suggest an arbitrariness stemming, in part, from the fact that both individual and policy decisions are being made behind closed doors.

While the Commonwealth, state and territory governments consistently premise their decisions on “the medical advice”, there is not always uniform consensus among medical experts.

Indeed, we have seen in the past week how slippery that notion can be — especially when the prime minister decides to make a unilateral decision about access to vaccines. Governments are effectively making political decisions dressed up as scientific ones, without any oversight from parliament or the public.

The government just made it even harder for Australians to come home. Is this legal?