Appointing an executor is the biggest power you will ever bestow on someone so make sure it’s someone you trust, says Professor Vines from UNSW Law. 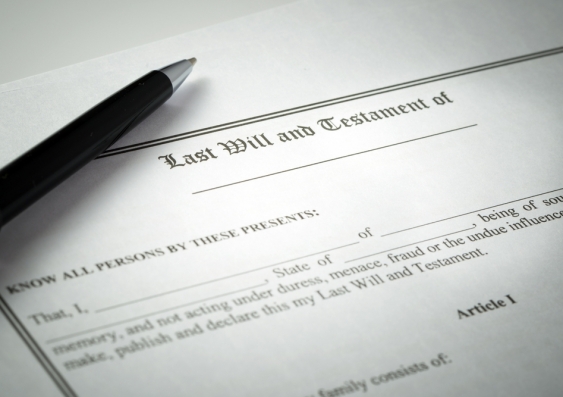 The topic of having a will and who to appoint as executor is probably not high on the list of family conversations, but given the importance of the executor’s role, perhaps it’s a conversation that should take place more often.

Professor Prue Vines from the UNSW Faculty of Law says being appointed an executor is a very onerous and complex job, so you need to be able to trust that person to accept the appointment willingly.

“An executor’s role is to support and defend the will they are executor of, and to carry out its terms. If you think about it, the appointment of your executor is the biggest power you ever give to anyone,” Professor Vines says.

'If you cannot trust them, or doubt whether you can, do not appoint that person.'

“They basically become you. So, you need to be confident they will try to carry out your wishes. I don’t think you need a solicitor to be an executor, because your executor can hire the solicitor to do the complicated things and do the rest themselves.

“If you cannot trust them, or doubt whether you can, do not appoint that person.”

Should you appoint more than one executor?

Professor Vines says it is often advisable to appoint just one executor, followed by another, in case your first choice is unavailable. She says when you appoint multiple executors, you run the risk of executors not agreeing if there are too many involved. Some jurisdictions limit the number of executor appointments to four, while others don’t enforce limitations.

Having a back-up executor also assists should your first choice of executor dies not long after you. Without another option, the person who is appointed as their executor will also become the executor of your will.

“That means it might be someone you might not want. So, it is wise to have a backup appointment. In my opinion, it is cleaner and easier to have just one executor with a backup,” Professor Vines says.

Should you consider appointing an independent executor?

Additionally, if you feel there is potential for disagreements between your beneficiaries, appointing an independent executor may mitigate any possible issues. An example may be family members fighting over a valuable piece of furniture.

In a real-life case from the NSW Trustee and Guardian, three family members fought for three years over the division of ‘antique’ furniture valued at $6,000. The legal costs incurred by the family amounted to $55,000.

“You may not want your friend or family member to have to do the onerous parts of the job and you can comfortably give it to the public trustee.  The public trustee will draft your will for a very small fee or no fee if you appoint them executor,” Professor Vines says.

“The disadvantages might be that the public trustee is a big bureaucracy and they may be slow, although nearly all executors seem to be slow. Normally we talk of the ‘executor’s year’ which is how long after the death or grant of probate we would expect the executor to take to finish administering all the assets.”

Can beneficiaries contest a will?

Professor Vines says beneficiaries can contest a will if they can show that they have standing to contest, which would generally mean they would inherit under a previous will. If the court has said the will is valid, then beneficiaries only have a right to see the accounts until after administration has been completed. The completion of administration arises when the executor knows how much is available and who will be able to take it.

“Sometimes beneficiaries will be unhappy with the will and want to contest it under the Family Provision legislation. This legislation allows people in close relationships to the testator (spouse, children and people who lived in the same household, for example) to say the deceased did not consider them properly and the court should make a change,” Professor Vines says.

“This is the most common way of litigating about an estate in Australia. The court has to consider whether a wise and just testator would have made a different will.

“This is a highly discretionary area and has become a bit too common. The courts are trying to reduce some of this litigation by changing the costs rules. Previously, costs of litigation would mostly come out of the estate, but this is no longer always the case, so the person bringing the action runs the risk of having to pay considerable costs.”