The crisis in Myanmar’s Rakhine State needs to be at the front of the agenda of the Australia-ASEAN Special Summit being held in Sydney. 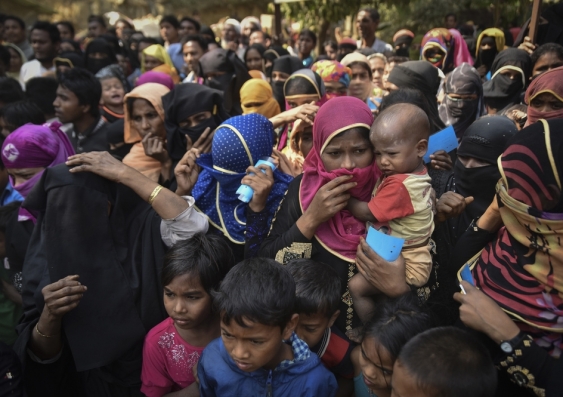 Australia and the regional community must remain engaged with Myanmar and provide long-term humanitarian assistance as part of their response to the country’s Rohingya crisis, UNSW Sydney Senior Lecturer Dr Melissa Crouch has warned.

Crouch, from the Faculty of Law at UNSW, says the crisis in Myanmar’s Rakhine State needs to be at the front of the agenda of the Australia-ASEAN Special Summit, to be held in Sydney on 17 and 18 March.

Aung San Suu Kyi, the leader of Myanmar’s civilian government, will attend the Sydney summit in one of her first trips outside of Myanmar since the Rohingya crisis began last August.

Suu Kyi’s failure to condemn the brutal military campaign against Rohingya Muslims has drawn international ire but Crouch says the region must take an informed and constructive approach to diplomatic relations with Myanmar.

“This requires the regional community to remain engaged with Myanmar, rather than take the high road of detachment,” says Crouch, an expert in Myanmar and a member of the Australia-Myanmar Constitutional Democracy Project.

Since August 2017, more than 650,000 people have fled to Bangladesh – the largest displacement of people in the region in recent history. It is estimated more than 6,700 Rohingya died during the military offensive in northern Rakhine State, where the military is accused of forcing people to flee their villages, laying landmines to prevent their return, burning villages, subjecting Rohingya to violence, rape and murder, and using acid to prevent victims being identified.

Crouch says there are good reasons for Australia and ASEAN to stay closely engaged with Myanmar, which is unable to offer its people even basic levels of education, healthcare or other services and has kept its population in extreme isolation for decades and fed them lies of exclusive ethnic nationalism.

“Reversing this situation will require sustained outside engagement,” she says.

“ASEAN and Australia must provide long-term humanitarian assistance. There is no quick fix to this crisis. The impending monsoon season will significantly affect the lives and health of many who are currently displaced ... The case of northern Rakhine State presents a confronting crisis of mass conflict and displacement; mass disenfranchisement; and distorted perceptions of terrorism.

“In addition to measures by the broader global community, these issues need to be addressed by the region through informed diplomacy and deep engagement. The Australia-ASEAN Summit is an important place to start.”